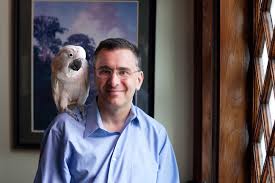 (J Gruber, we just live in his world)

Today, the GOP Congressional leadership is breathing a sigh of relief while Democrats and the White House wring their hands in frustration at having lost a chance to publicly torture Republicans in the lead up to the 2016 elections.

This morning, the U.S. Supreme Court upheld in King v Burwell, with Chief Justice Roberts writing for a 6-3 majority, the Administration's interpretation of the Affordable Care Act providing subsidies for those using Federal exchanges in states where state exchanges have not been established.

If the Court ruled the other way, the White House had already announced it would do nothing since it was the responsibility of Congress to fix the problem and then would have been in a position to denounce Republicans for destroying the ACA, causing millions to lose their subsidies and successfully diverting attention and responsibility for the ongoing train wreck of Obamacare, as premiums begin to skyrocket despite the President's repeated claims that they would decrease (and let's not ever forget - "If you like your insurance plan you can keep it").

For the inept Republican leadership they would have panicked under pressure from both the media and their corporate contributors in the health care industry and undoubtedly come up with something that would further embed Obamacare as irreversible.

THC believes as a political matter, the decision was good.  Let the insanity continue to build and let the Democrats own it.

And speaking of insanity this was Ms Clinton's tweet in the wake of the decision:


"A great day! Add your name if you agree: Affordable health care is a basic human right"

Setting aside whether the care is affordable or whether the ACA actually provided a guarantee of care to everyone, it is the inanity of the use of the term "basic human right" in this context that is appalling.  There is a fundamental difference between a right a person has that the government is forbidden to interfere with, as embodied for instance in the Bill of Rights, and rights the government decides it must provide to you.  Our experience with the ACA already makes it evident that what is actually meant by the phrase is "you are entitled to health care in the amount and type we, the government, deem appropriate and for no more than the cost we, the government, are willing to pay."

However, as a matter of law it is a disaster for America and its future.

THC has read the decision and here is his summary for the non-lawyer of Justice Roberts' reasoning:


“Yes, the interpretation by the politicized IRS does not actually conform with the language of the statute making it technically illegal but by now many people and the big healthcare companies are so dependent on those subsidies, plus no one could have been so stupid as to have actually drafted the statute with that intended result so, just as in the Constitutional case, I need to step up to save the statute.”

Justice Scalia is pithy, as he often is, in dissent:


The Court interprets 36B to award tax credits on both federal and state Exchanges. It accepts that “the most natural sense” of the phrase “Exchange established by the State” is an Exchange established by a State. . . Yet the opinion continues, with no semblance of shame, that “it is also possible that phrase refers to all Exchanges, both State and Federal” . . . The Court claims that “the context and structure of the Act compel [it] to depart from what would otherwise be the most natural reading of the pertinent statutory phrase”.

The opinion of the Chief Justice illustrates the dangers when one moves beyond using the words in a statute to determine what they mean and substitutes trying to divine the intent behind those words. Roberts goes on at great length describing what he thinks the intent of the statute was. In reality, legislative intent is difficult to ascertain. In this case there was very little contemporaneous discussion about the provision. After the litigation started, proponents claimed it was just a drafting error but we also have Jonathan Gruber’s public statements made before the litigation that the language was intentional and for the purpose of incentivizing states to establish their own exchanges. It is simply impossible to accurately determine the intent and that is why this is a terrible legal decision.

UPDATE:  As is often the case Yuval Levin has an astute take on the case which THC urges you read.  He focuses on one passage in Roberts opinion, a passage that also caught THC's eye because of the surprising shallowness of the reasoning:


"Congress passed the Affordable Care Act to improve health insurance markets, not to destroy them.  If at all possible, we must interpret the Act in a way that is consistent with the former, and avoids the latter."

SECOND UPDATE: If you take the passage cited by Levin and look at THC's paragraph above it, the problem with the Roberts approach is apparent.  Roberts states that the purpose of the ACA was "to improve health insurance markets".  As THC points out we actually don't know Congress' intent regarding the specific language in question but what if Gruber, who was intimately involved with the development of the ACA, is correct?  It means Congress intended to "improve health insurance markets" by cleverly incentivizing states to develop their own exchanges.  The fact that after passage the proponents of the bill realized they had miscalculated should not mean it is up to the Supreme Court to save them from their miscalculation when the language of the statute itself is clear.

The disastrous reasoning is compounded by the very nature of the Supreme Court.  A legislature can decide to do X but not Y.  It does not have to justify itself by logical reasoning.  It can decide A is okay but B is just too far and leave it at that.  Court's don't operate that way.  They apply (or at least are supposed to apply) logical reasoning around principles expressed in prior cases and with deference to previously decided cases.

The Core Four liberal justices (Kagan, who by the way, is a terrific writer and intellectually the best of the four, Breyer, Ginsburg and Sotomayor) can work with this because they have no fixed judicial philosophy other than generally supporting the growth of the Administrative State.  If you read their decisions you'll see them deftly steer around legal precedents; they simply don't agonize over it.

To be fair to the Core Four, even they have been frequently appalled by the attempted power grab by the ideologues of the Obama administration and, around the edges, have been willing to say NO, resulting in an unprecedented number of 9-0 decisions against the President.

However there is a problem both with the current non-liberal justices as well as with most of conservative legal theory in general.  Of the non Core Four justices only Justice Thomas is willing to challenge precedent while the other three are, in THC's view, overly deferential.  When this is combined with the Borkian views of some of the justices, who are overly deferential to the legislature and not overly concerned with liberty it leads to a one-way ratchet in Supreme Court decisions.  While there may be stasis for awhile, every decision expanding government authority becomes extremely hard to ever roll back because it is now an issue which has been decided and the reasoning on which it was based will be, forever more, cited in support of further government expansion.

THIRD UPDATE:  This article by John McGinnis further expands the points above and lays out why "purposivism", the interpretive theory used by Justice Roberts inherently advantages Progressives.
Posted by Mark Stoler at 11:00 AM