About the Declaration there is a finality that is exceedingly restful. It is often asserted that the world has made a great deal of progress since 1776, that we have had new thoughts and new experiences which have given us a great advance over the people of that day, and that we may therefore very well discard their conclusions for something more modern. But that reasoning can not be applied to this great charter. If all men are created equal, that is final. If they are endowed with inalienable rights, that is final. If governments derive their just powers from the consent of the governed, that is final. No advance, no progress can be made beyond these propositions. If anyone wishes to deny their truth or their soundness, the only direction in which he can proceed historically is not forward, but backward toward the time when there was no equality, no rights of the individual, no rule of the people. Those who wish to proceed in that direction can not lay claim to progress. They are reactionary. Their ideas are not more modern, but more ancient, than those of the Revolutionary fathers.

Lincoln Memorial in 1917 before reflecting pool was built. 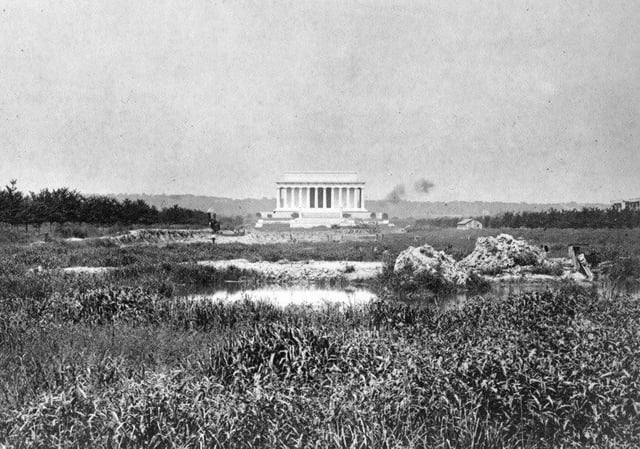 In New Orleans, a WW2 veteran was turning 100 years old.

This is how the neighborhood came out to celebrate: With food, music — and masks all around.

Then the commanding officer of @USCoastGuard base showed up.

Anyone Want To Go In With Me On This?

A Old West town in New Zealand and a 900 acre ranch for $7.5 million.  Only a six-hour drive from Auckland on the North Island.  I like it. 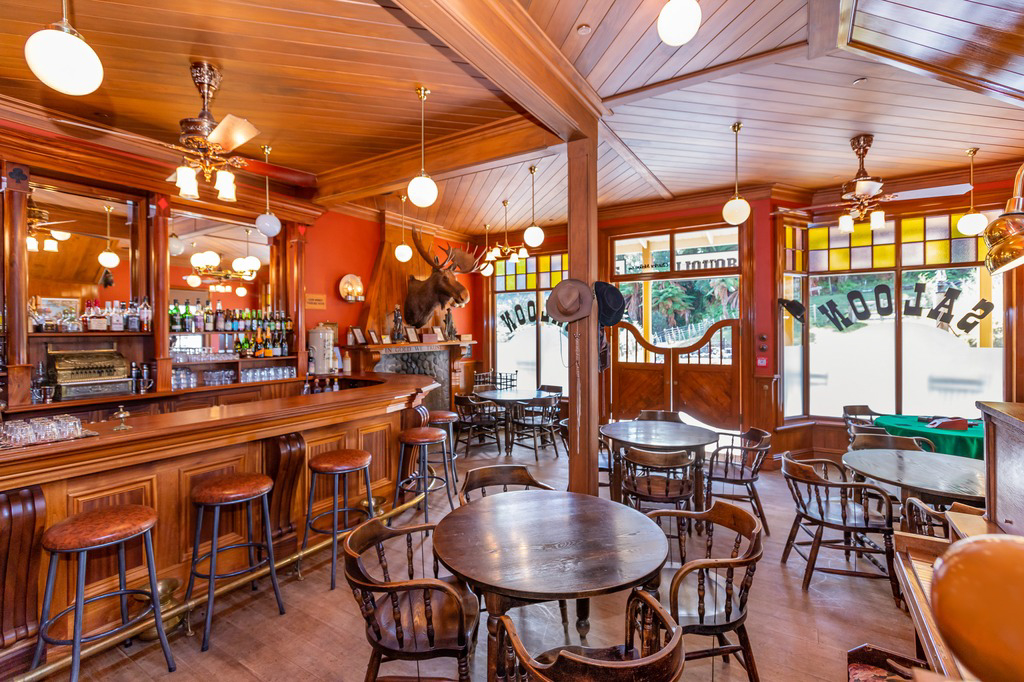 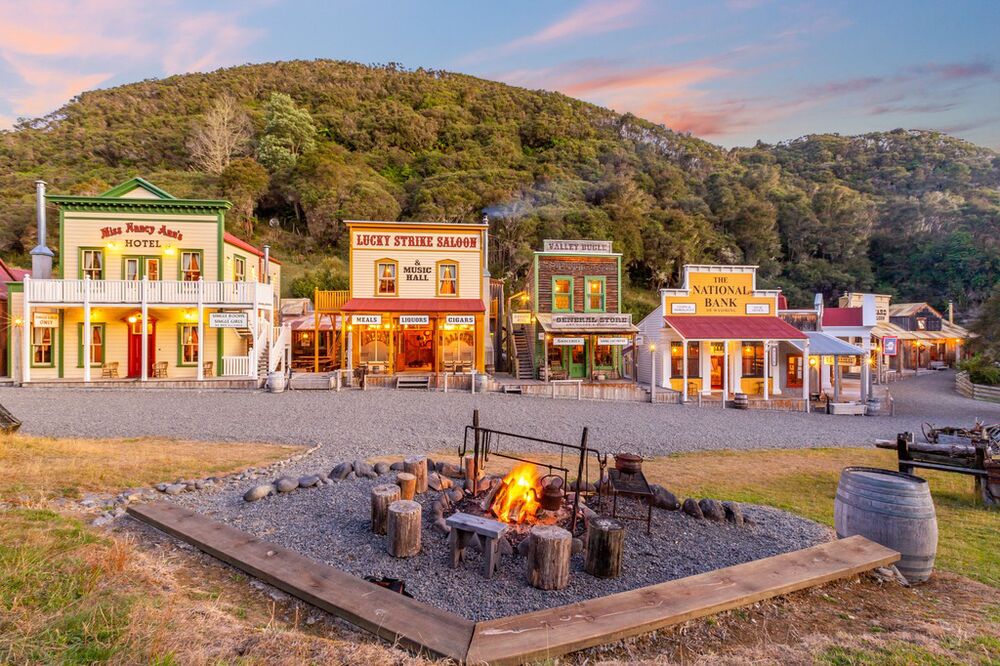 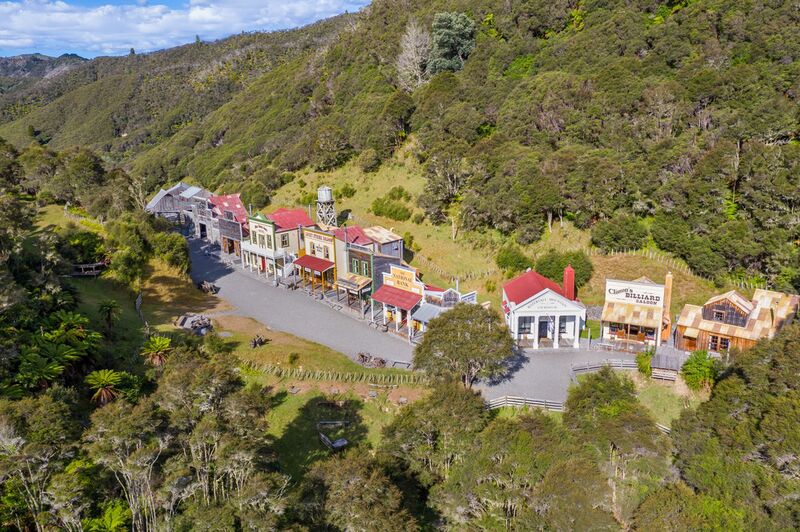 Posted by Mark Stoler at 6:02 PM No comments:

Just One Of Those Things

A gem from Cole Porter.  Often performed in a light, upbeat style, Frank Sinatra's interpretation is different.  First up is from the 1950s movie Young At Heart, followed by a very slowed down, saloon song version live from The Sands in Vegas in 1961.  You'll notice a suppleness in Sinatra's voice in the 50s that was gone by the 60s.
Posted by Mark Stoler at 9:00 AM No comments:

Posted by Mark Stoler at 9:16 PM No comments:

Email ThisBlogThis!Share to TwitterShare to FacebookShare to Pinterest
Labels: Quotes, Your Future

“If a problem has no solution, it may not be a problem, but a fact – not to be solved, but to be coped with over time.”

Email ThisBlogThis!Share to TwitterShare to FacebookShare to Pinterest
Labels: Quotes

Imagine Who Said This

Those who want to see everything through a lens of race and class, judging individuals based on immutable characteristics, pretend to be fighting the very thing they are enacting. And none of us wish to speak up because we have been bullied into silence. Anyway how was your day?
— Sean Ono Lennon (@seanonolennon) June 24, 2020

Over the past month I’ve starting reading a number of people in the space between conservative and Woke, most of them leaning towards the progressive side, who have taken on the insanity of the Woke mob. They’re on Twitter and I’ve listed them below for those who are interested in seeing how the struggle is going – many of them are under heavy attack and a couple of others have already had to restrict access to their accounts.

I’ve found it useful to read them as they can explain this phenomenon which I have difficulty understanding. To me what's happening with the Woke crowd is like the scene in Alien when the predator bursts out of John Hurt’s chest and proceeds to destroy everything in its path.  The Woke gestated in academia for a couple of decades before emerging and destroying its host.  Or, as someone else wrote, academia was a wet market for the Woke and when it came into contact with social media a decade ago the viral infection began to spread.

James Lindsay, anti-revolutionary. A progressive and probably the most combative person against the Woke. Also operates New Discourses, a website devoted to explaining how Critical Justice Theory operates and how to combat it. My understanding – society is based on power hierarchies, those in control (in this case, white folks) use language to manipulate and control in order to maintain their place at the top of the hierarchy. Western concepts and language around reason, logic, ideas, religion, scientific method, etc are just artificial structures to maintain power and should not be engaged with by those who want to move to the top of the hierarchy. That’s why they won’t argue with you and resort to denouncement and trying to threaten and purge opponents. All that counts is taking the power and then you use your language to manipulate and maintain your position.

Heather Heying, who along with her husband Bret Weinstein, were Sanders supporters purged from Evergreen State College in 2017 for objecting to racial essentialism and believing in biology. She has some excellent threads explaining how woke activism works and the tactics used to gain converts.

Asra Q Nomani. Journalist and self described “woman’s rights activist” who is fighting battle on behalf of recent immigrant families against the Woke crowd which is trying to take over her magnet school.

Andrew Sullivan. Yes, that guy. The one who was a conservative once, then became obsessed with Sarah Palin.  Still hates Trump and is 100% against the Woke crowd. Writes column for New York Magazine which banned him from writing about the riots.

Bari Weiss. Somehow still surviving at the NY Times, though many of her colleagues are trying to get her fired.

John McWhorter and Glenn Loury, professors at Columbia and Brown.

Many of these are reporting being swamped with private messages from other liberals/progressives who are scared about the crazies surrounding them but intimidated about speaking openly, worried about being viciously attacked and putting their jobs at risk.

And R.I.P., Slate Star Codex.  A long-time and well-respected blog operated by Scott Alexander (not his real name).  Alexander is neither conservative, nor Woke, preferring to describe himself as a rationalist.  Very data driven and analytical.  Willing to go where the evidence leads and change his mind on occasion.  Even more importantly, he attracted readers from across the political spectrum and ran a comments section that, to my knowledge, was the only non-paywalled comments section on the internet that had not descended into a sewer, due to his careful moderation and tone.

Alexander is a practicing psychiatrist in California and apparently works for a medical center or hospital so has not used his real name.  The New York Times decided to write a story on him and informed Scott it was going to divulge his real identity.  I believe this was because a blog like his, which at times has taken on Woke orthodoxy and has a diverse readership is not longer permitted in the world the Times envisions where everyone must take sides.  Worried that the Times article would unleash an onslaught of Woke folks and endanger his job and career, Scott has deleted SSC from the internet.  You can read his explanation here.  He's much more polite about it than I would be, but that's how he rolls and why SSC had carved out such a unique niche on the internet.  A vibrant and tolerant internet community deliberately destroyed by the New York Times.

We are in dangerous times.  The most dangerous since the Civil War.

As I've been saying for a while, Woke progressives and White nationalists are just two sides of the same coin.  They both believe in racial essentialism as the determining factor in society, they just have different views as to who should be on top.  You cannot run a society on their terms without massive repression.

UPDATE:  Today the California legislature voted to strike these words from the state constitution:


"The state shall not discriminate against, or grant preferential treatment to, any individual or group on the basis of race, sex, color, ethnicity, or national origin."

The proposal will be on the state ballot this November.  We are sliding back into an age we thought we had left behind.

FURTHER UPDATE:  Earlier this week a 3rd year student at UCal-Berkeley, Seth Smith. was murdered.  He was at a bus stop when someone walked up and shot him in the back of the head.  Seth was white.

The University Chancellor issued a statement.  After briefly expressing her sympathy for Smith and his family she went on to say:


We realize this is a difficult time for those of you who knew Seth. It is important to know that individuals may express their grief differently and we need to respect the different ways people react and support each other in the days and weeks ahead. Many of you may have had a close relationship with Seth and are feeling a sense of loss and disbelief. Others, like many of us, are experiencing stress, grief and anxiety related to the coronavirus pandemic and the recent murders of George Floyd, Riah Milton, and other Black Americans.

First of all, for those of you who don't know, Riah Milton was a transgender black killed by black males.  As to what coronavirus, George Floyd and others have to do with Seth Smith's murder I have no idea.  I suspect what is going on is the Berkeley administration suspects Smith's killer was black and are trying to "contextualize" the murder if that proves to be true.  Symbols are more important than a dead white guy. The Chancellor is a horrible human being.