I'm Shipping Up to Boston

Somebody better, because the Sox need some help.  This started out as a Red Sox post, morphed into I'm Shipping Up to Boston and ended up . . .  well, follow this through to the bottom and find out.

If you saw Martin Scorese's The Departed, you heard the song.  Here's the scene:


Or you may remember this dancing version by Jonathan Papelbon. 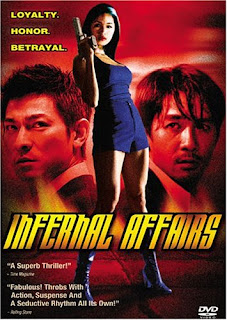 Now, let's go back to The Departed.  A lot of folks, particularly from Boston, think it was inspired by the Whitey Bulger story (more of which later), but it's not.  It's actually based on a 2002 Hong Kong film, Infernal Affairs.  Infernal Affairs was a huge box-office hit in Asia and won multiple awards.  I liked The Departed but I've seen Infernal Affairs, as well as its prequel, and they're better.  Brad Pitt saw the movie, purchased the American rights, and was one of the producers for The Departed.  There are several scenes in the Scorcese flick that are lifted almost verbatim from Infernal Affairs.

Although The Departed is based on a Hong Kong film, the twisted and almost unbelievable plot actually fits within the broad outline of the Whitey Bulger tale so it was a natural move to set the U.S. movie in Boston.  Whitey Bulger's life sounds like a screenplay:
And that covers just part of Whitey's history.  The best account of the Bulgers is in The Brothers Bulger by Howie Carr, a Boston talk-show host and columnist.  One of Whitey's associates, Kevin "Two Weeks" Weeks, told police that Whitey asked him to kill Carr.

Beginning with his brother's flight, Billy Bulger came under increased public pressure (though there is no evidence linking him to his brother's crimes) which culminated in an embarrassing performance at a U.S. Congressional hearing in 2001 where he admitted having contact with his brother when he was a fugitive.  The next year, the newly elected governor, Mitt Romney, began trying to get Bulger to resign as President of the University of Massachusetts.  After hitting resistance with the University's Board of Trustees, he began nominating anti-Bulger trustees as terms expired.  He finally threatened to name three of Bulger's biggest enemies as trustees - Howie Carr, Alan Dershowitz (who had some brutal public exchanges with Bulger over the years) and Judge E. George Daher, a Massachusetts Housing Court judge who had failed to hire a Bulger crony and saw his budget decimated (one of Bulger's aides joked that Daher was "holding court in a Winnebago"), leading Daher to denounce Billy as "a corrupt midget" (Bulger is on the wee side).

After 17 years as a fugitive, in 2011 Whitey Bulger was captured in Santa Monica, California and is now back in Boston, awaiting trial.

And now, Ben Affleck is planning to direct a biopic based on Whitey's story.  If it's as good as his other two Boston-based directorial efforts, Gone Baby Gone and The Town, it'll be worth seeing.

Of course, Ben turned to directing because of some limitations in the acting arena as noted in this song from Team America, World Police.


One of the best films of the past decade, I'm not linking to it (other than the one clip above) because if I did and you happen to open it at work, it is possible that the next thing to happen is that you'll be asked to clear out your desk and be escorted out of the building by security.

The film was written and directed by the guys who created South Park and here they are at the Oscars! 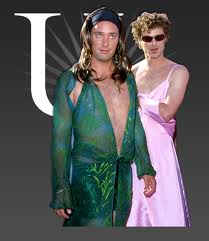