We recently returned to one of our favorite spots in Italy, the Hotel Onda Verde in Praiano.   The hotel is actually in a section of the town known as Marina Di Praia where a beach is wedged in between two cliffs rising a few hundred feet and it's where the local fisherman bring their catch to the local restaurants.

We enjoy walking around the area and having dinner at the restaurants in the Marina.  This is a little tour and the first picture below is from the Onda Verde's website which is worth a look.  Most of what you see if the hotel but it is also intermingled with private residences.  At the very top (right-center) is the road and garage from which you take an elevator down to get to the six levels of the hotel.

On the headland (upper center-left) is a "Saracen tower" built in the 9th or 10th century at a time when Moorish ships from North Africa and Sicily regularly raided the coast for goods and slaves.  A network of these towers was built along the Amalfi Coast during these centuries to provide warnings of attacks and less than 15 miles down the coast raiders occupied the village of Cetara for about twenty years.  The last raids in this area of Italy didn't occur until the 18th century.

To get to the Marina we walk down the path from our hotel (left) and around the corner. 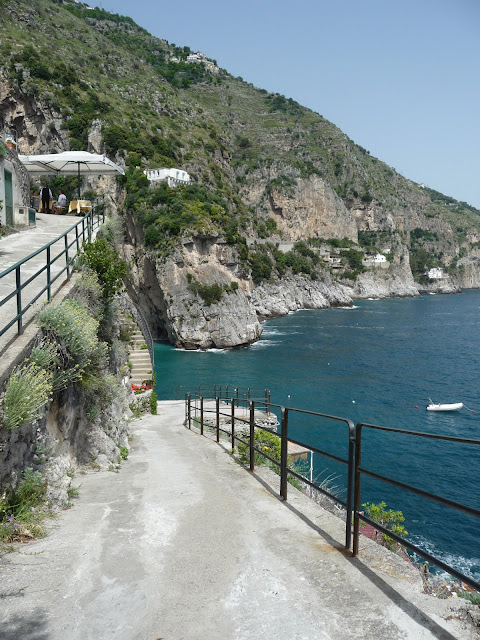 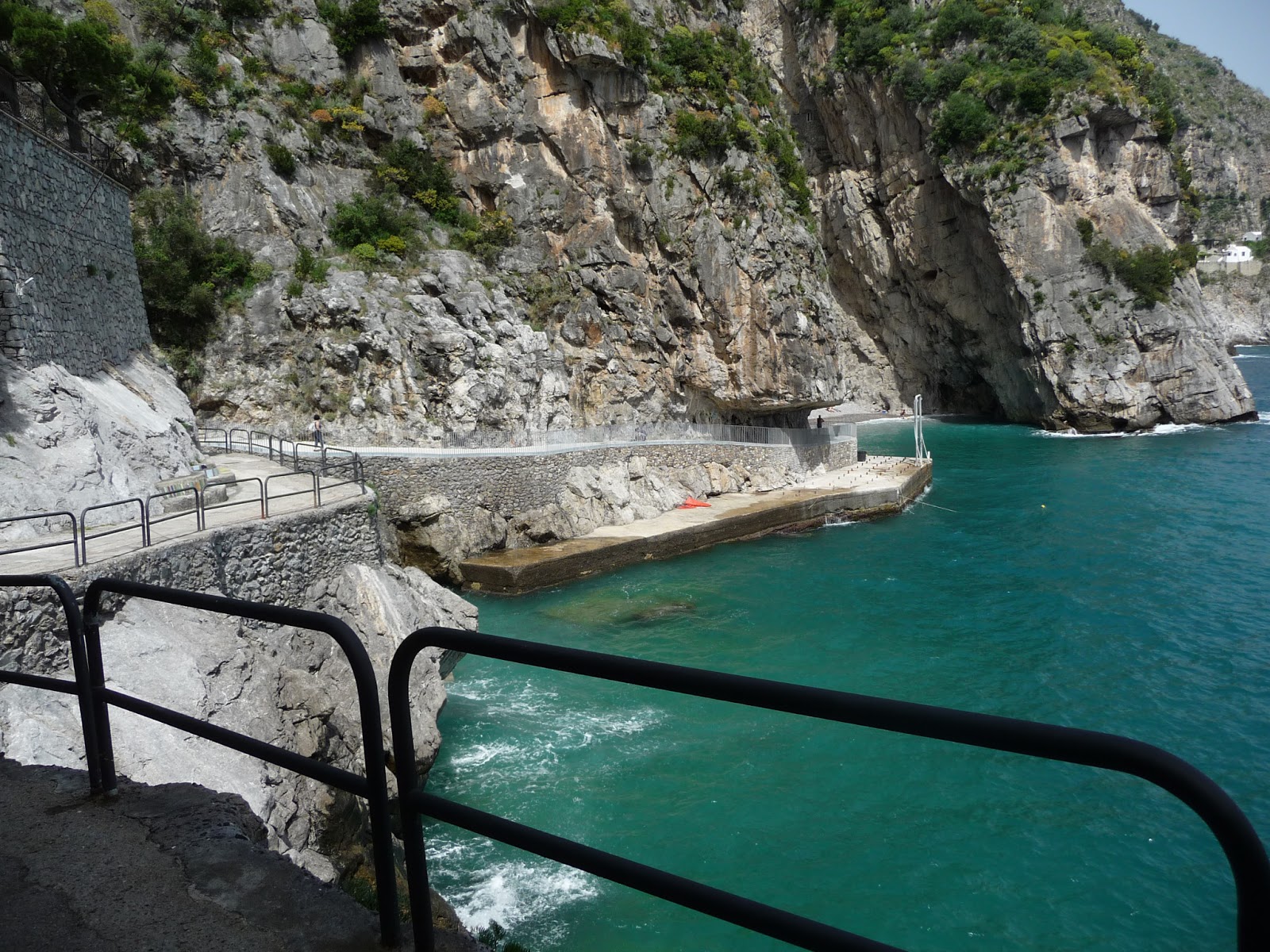 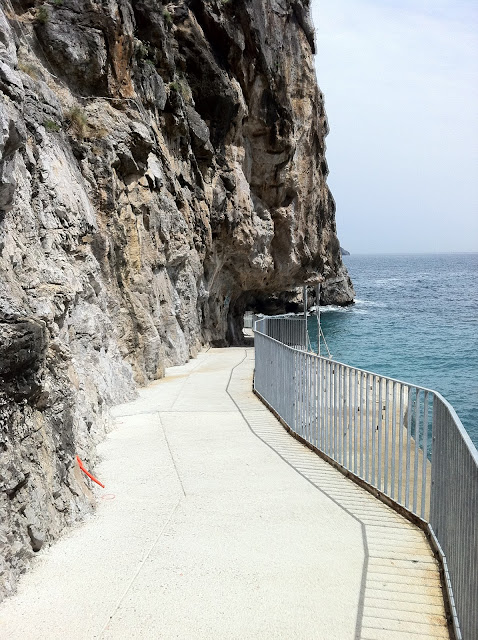 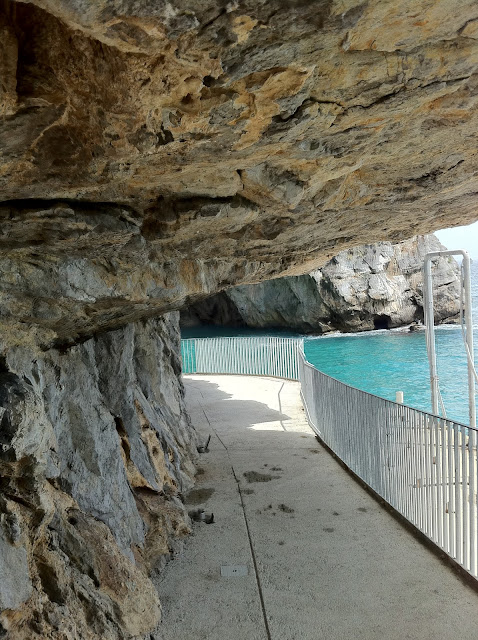 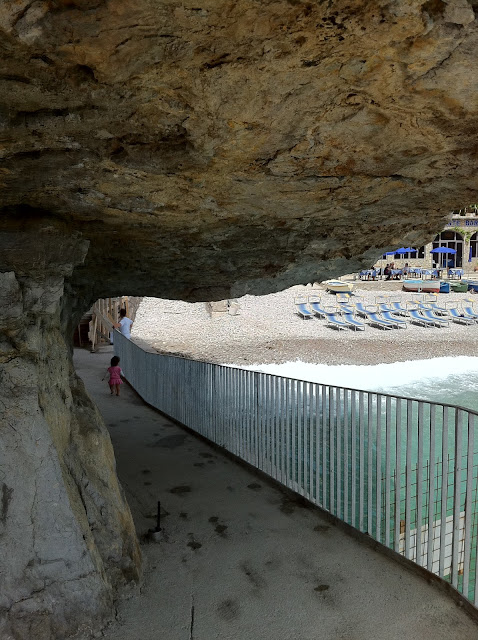 Looking back at the Onda Verde. 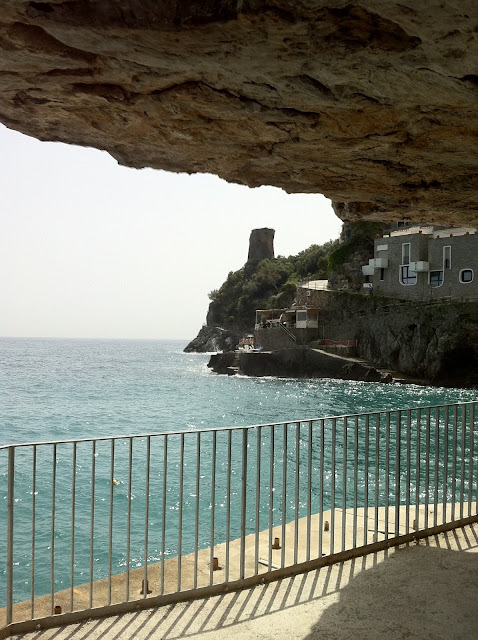 And this is what it looks like once you are within the cliffs. 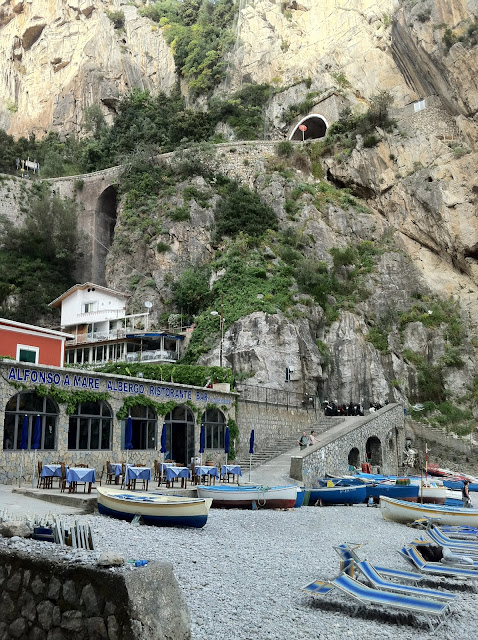 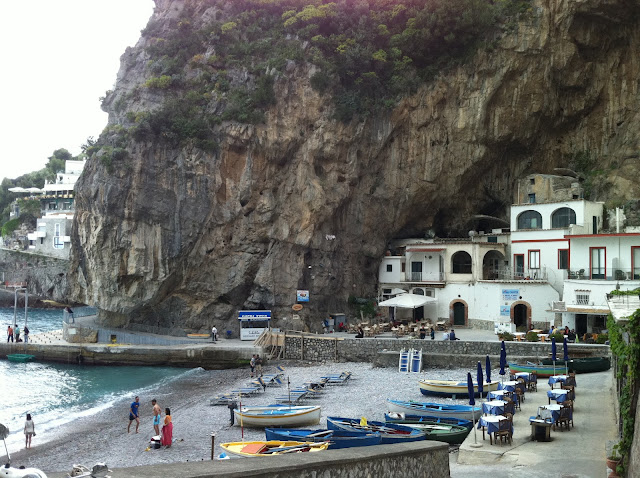 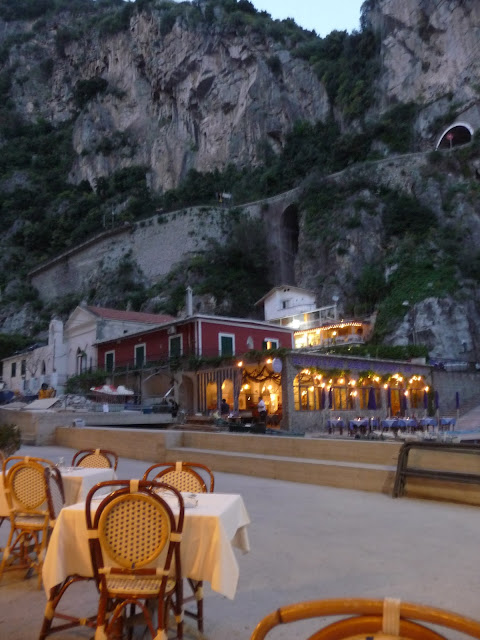 You can see the Amalfi Coast road about halfway up the cliff along with one of the many tunnels on the road. 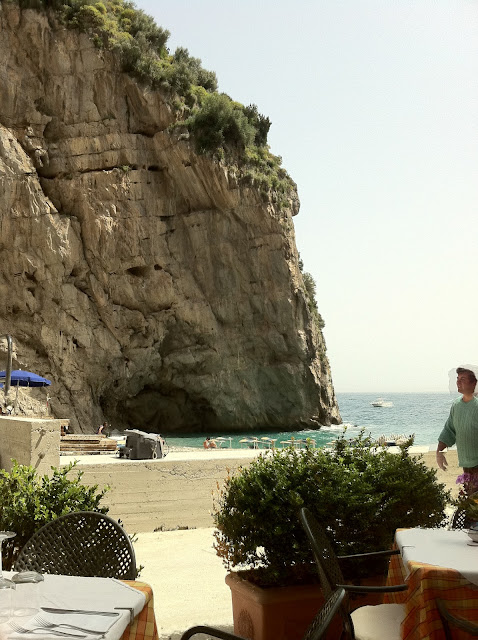 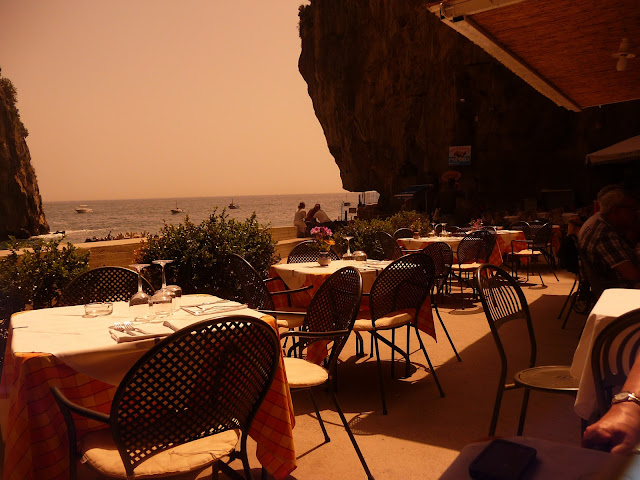 Our favorite restaurant in the Marina is Amandino's and this is Amandino (standing in the center).  If you have dinner there you'll have whatever was caught that day. 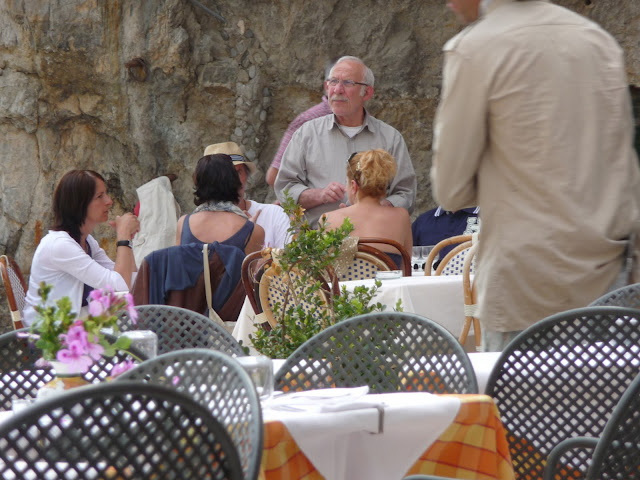 Little did I know (and only learned several days later in Capri) that the shirt I was wearing which is from the Botofogo Soccer Club in Rio de Janeiro (courtesy of avid THC reader AP) also happens to be the same shirt worn by the Juventus Soccer Club in Italy.  Unfortunately, Juventus is from the North of Italy and detested in the South and while we were there Juventus defeated Naples in the championships.  I had to stop wearing the shirt. 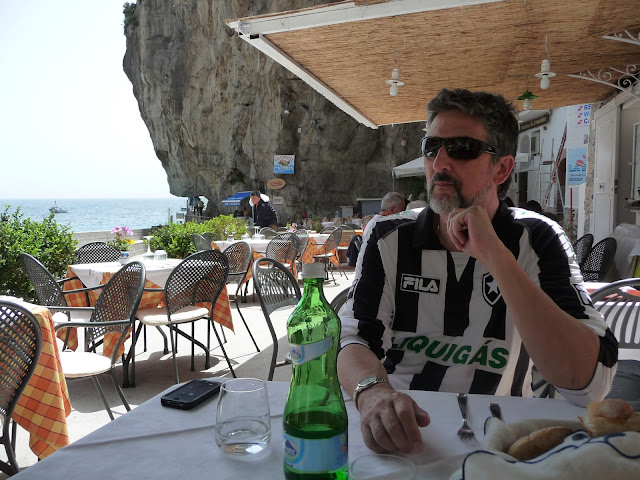