"We Thought Mao Was Doing A Wonderful Thing"

May 16, 1966, fifty years ago today, is generally considered the day China's Cultural Revolution was initiated by Mao Tse-Tung.  Over the next three years, 2 million Chinese may have died in the upheaval, with millions more punished and/or internally exiled.  While the worst of the violence was over by 1970, aspects of the Cultural Revolution lasted until 1976 when Mao died and the Gang of Four (which included his wife) were deposed. 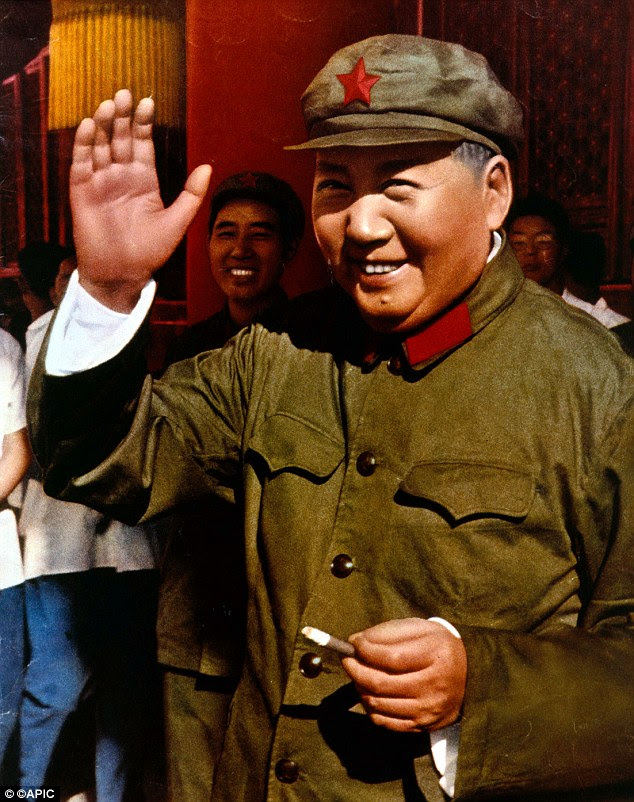 (Mao, from the Daily Mail)

Having only a few years earlier (1958-61) subjected to populace to the madness of the Great Leap Forward which led to perhaps 20 to 40 million deaths from starvation and regime-inspired violence, Mao feared his subjects were beginning to show too much personal initiative and losing their revolutionary ardor to achieve the Communist state.  Or, as Zhou Enlai, Mao's comrade, observed, "every time the situation improves a little, the people move back towards capitalism".

The Cultural Revolution was Mao's way of shaking things up, particularly with those he thought might thwart progress, mid-level officials at the city, village and province levels, those related to the former pre-1949 capitalist classes and, most of all, educators.  In preparation, 60 million copies of Mao's Little Red Book were distributed and realizing that young students were the most impressionable and easily manipulated he and his comrades created the Red Guards who they then let loose on the country to indulge in an orgy of harassment, public humiliations, torture and murder.  Mao's instructions were to attack the "four olds" - old ideas, old culture, old habits and old customs.

As Frank Dikotter, a professor of history at Hong Kong University and author of The Cultural Revolution: A People's History 1962-76, observes in the Daily Mail:

Higher education was a particular target. Professors were spat upon and made to wear placards around their necks identifying them as ‘imperial spies’. Lecturers were beaten with nail-spiked clubs, made to crawl over broken glass and had boiling water poured over them.

‘There were even cases of people being buried alive,’ writes Dikotter.

Pensioners and those on sick leave were flung out of the cities, along with China’s ‘most eminent scientists, physicians, engineers and philosophers, who were made to clean toilets.

‘What stinks is not so much the excrement as your own ideology,’ intellectuals were told. A ‘counter-revolutionary’ came to mean anyone who ‘likes freedom’ — freedom of speech, movement, expression. It was a death sentence to be found listening to a foreign radio station.

Military drills were held in the middle of the night. ‘Class enemies’ had their tongues ripped out or eyes gouged from their sockets. The offspring of former landlords or vaguely bourgeois sorts were electrocuted. Children were hung from their feet and whipped.

In the district of Wuxuan, 60 people had their heads bashed in with hammers.

(from hansimann.files)
Yet, there are those for whom it was all worthwhile.  The Telegraph (UK) recently ran an article which features the quote heading this post.  It's from Michael Crook, who was a 15-year old Briton in 1966, living in China where his Communist father had moved before World War Two.  His father had fought for the Communists during the Spanish Civil War (1936-9) and served as a Soviet spy in order to unmask Trotskyites in the communist ranks - who were then promptly executed.  Speaking to The Telegraph, Crook still doesn't think the Cultural Revolution was so bad:

“We all thought it was a wonderful thing that Mao was launching,” Mr Crook, now 64, told the Telegraph, in his first interview with a British newspaper. “It would guarantee that China would take the socialist road.”

While mistakes had been made during the Mao period, he argued, the free-market economics on which China has since prospered had led to just as much upheaval, creating a “tremendous imbalance” between rich and poor.

“Letting greed drive development – well that certainly does bring about development – but it also brings about polarisation, so what price social harmony?” he said. 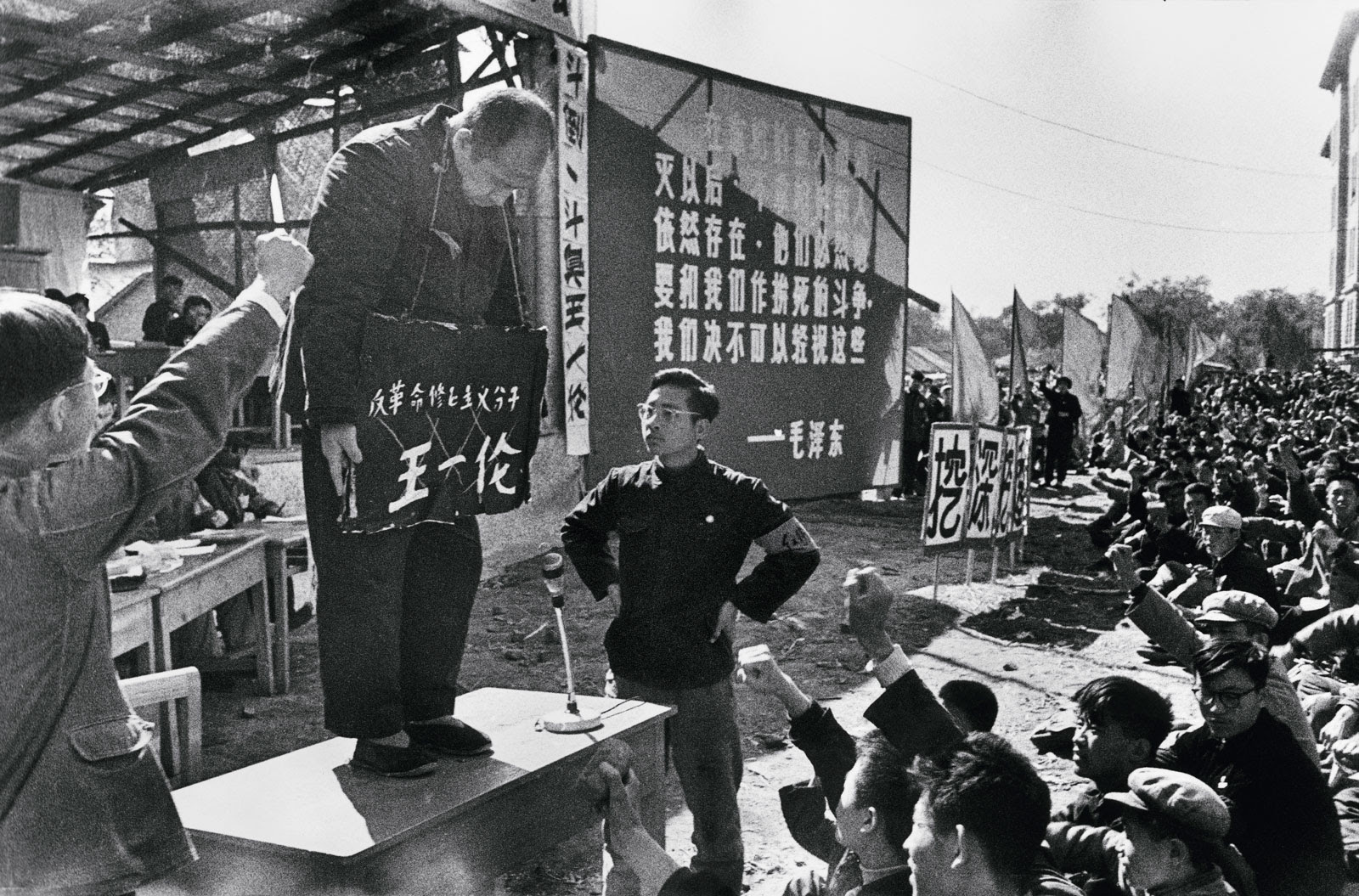 Reading Mr Crook's words reminds THC of the passage in Solzhenitsyn's Gulag Archipelago in which he relates the sorrowful tale of the Baltic-White Sea Canal built in the early 1930s. Stalin demanded the building of a canal that would allow the passage of Soviet naval vessels from one sea to the other in order to avoid the Arctic Ocean, setting a 20-month deadline for completion.  Hundreds of thousands of prisoners were assigned to its construction.  The canal was dug by hand without any mechanical equipment under terrible physical conditions and brutal oversight from abusive guards with 250,000 dying during its construction.  The canal was poorly designed and never functioned as planned. Solzhenitsyn is unsparing in his portrayal of this debacle and near the end of the chapter recounts a visit he made to the canal in 1966 as he was completing the book and of the official tour he took:

"It's so shallow", complained the chief of the guard, "that not even submarines can pass through it under their own power, they have to be loaded on barges, and only then can they be hauled through."

And what about the cruisers?  Oh, you hermit-tyrant!  You nighttime lunatic!  In what nightmare did you dream up all this?

And where, cursed one, were you hurrying to?  What was it that burned and pricked you - to set a deadline of twenty months?  For those quarter-million men could have remained alive.  Well, so the Esperantists stuck in your throat, but think how much work those peasant lads could have done for you!  How many times you could have roused them to attack - for the Motherland, for Stalin!

"It was very costly", I said to the guard.

"But it was built very quickly!", he answered me with self-assurance.

Your bones should be in it!

For those who grew up during those years in China and are now in their 50s and 60s, the fear of returning to those days of chaos and disorder remains and is why they value the relative stability of modern China, even with its repressions.

A few years ago, a Chinese friend gave THC a book called Red Memory, published in China and containing propaganda posters from the 1950s, 60s and 70s and subtitled "Posters of Cultural Revolution".  The English language introduction reads, "We hope that such crazy and flimflam years will never come again". 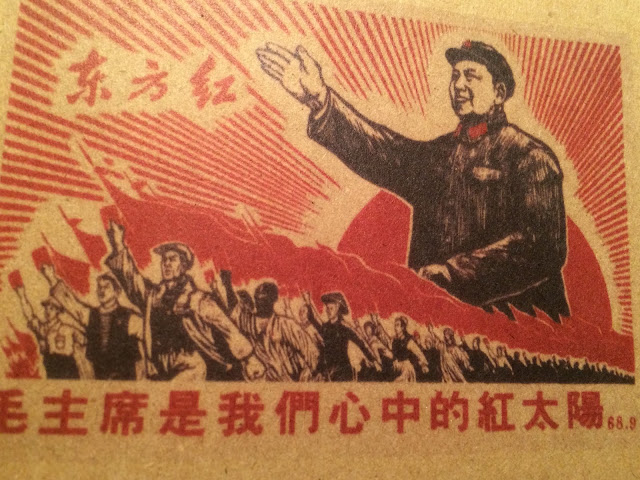 If you are interested in learning more about events in China leading up to the Great Leap Forward, THC recommends reading:

The Tragedy of Liberation: A History of the Chinese Revolution 1945-57 by Frank Dikotter