Who Wants To Live Forever

When it comes to the genre of Bombastic Rock, Freddie Mercury and Queen remain the champions.  I was reminded of this when I came upon Highlander (1986) on cable and promptly watched it from start to finish.  A wonderfully cheesy 1980s flick starring Christopher Lambert and Sean Connery its theme song, Who Wants To Live Forever, written by the band's guitarist Brian May,  is a perfect match for the tone of the movie.

Extra added bonus watching the film was realizing that its villain, The Kurgan, was played by Clancy Brown, who also portrayed the evil Captain Byron Hadley in The Shawshank Redemption.  Most recently he was Gracchus, George Clooney's Roman centurion sidekick, in the Coen Brothers film, Hail, Caesar! 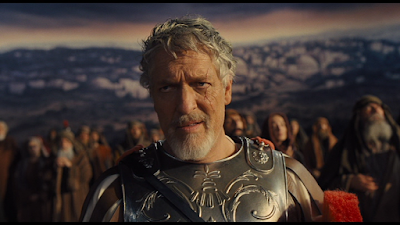 The song's title echoes the words of Marine Corps Sergeant Major Dan Daly, who reputedly shouted at his company, "Come on, you sons of bitches, do you want to live forever?", as he urged them to charge German troops at the Battle of Belleau Wood in 1918.   Daly, who twice turned down promotions to officer, preferring to remain a sergeant, was awarded two Medals of Honor, the first for heroism in connection with the relief expedition sent to Peking to rescue besieged diplomats during the Boxer Rebellion in 1900, and the second for actions in Haiti during 1915.