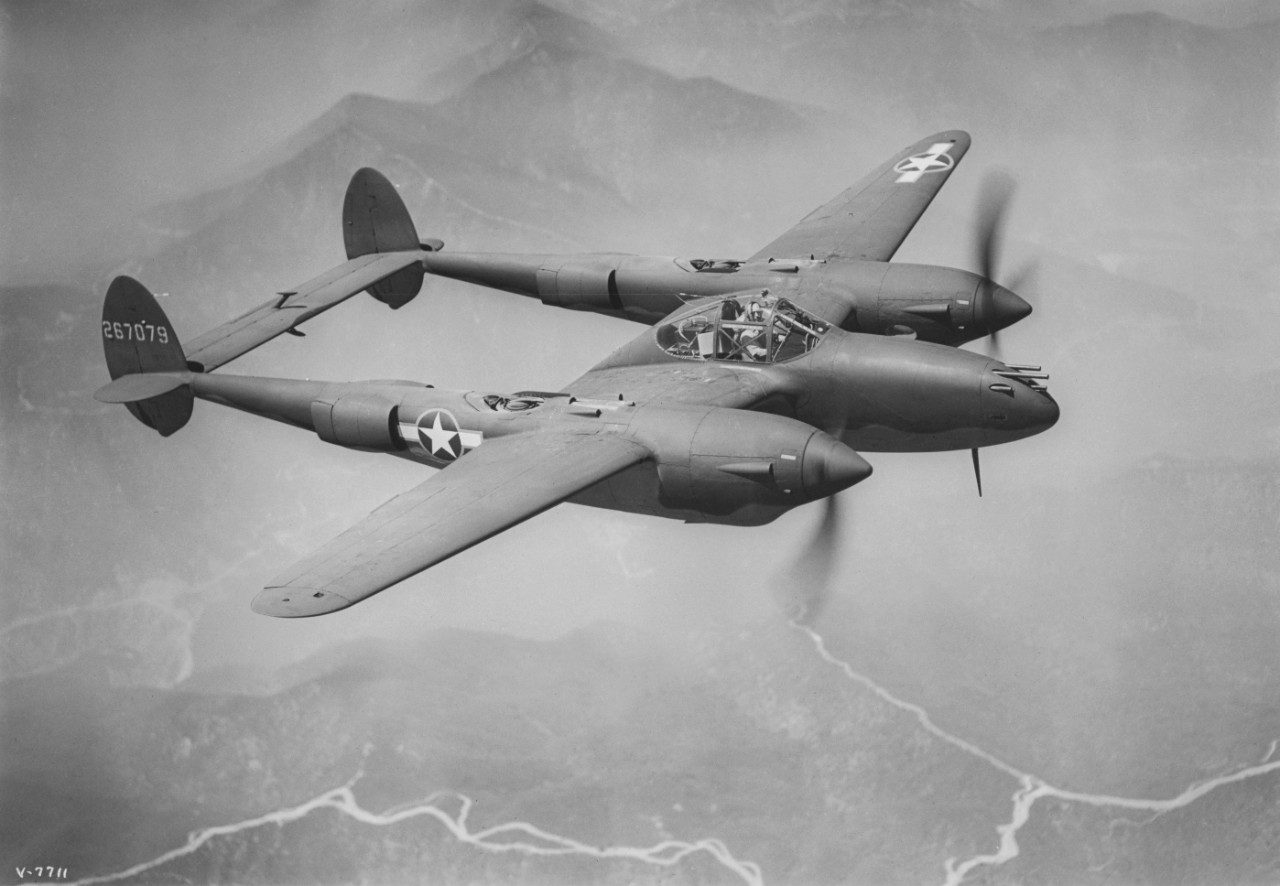 The P-38 Lightning, produced by Lockheed, was the most distinctive fighter plane of WW2 with its twin fuselage design.  While the plane saw action in all theaters during the war, its greatest success was in the Pacific where it was used by America's top aces, Richard Bong (40 victories) and Tom McGuire (38), as well as the shoot down of Admiral Yamamoto's (the architect of the attack on Pearl Harbor) plane over the Solomon Islands in 1943.

The distinctive configuration also prevented it being shot down by friendly fire, a fate that took all too many P-51s and P-47s.  There was no mistaking the P-38 profile for any enemy fighter.

The Lightning was powered by two liquid-cooled Allison V-1710 engines, fit with turbochargers, manufactured by the Allison Engine Company which was acquired in the 1930s by General Motors.  The Allison was a 12 cylinder engine with the initial models rated at 1,000 hp (later increased to 1,600 hp).  It was a perfect fit for the P-38.  Later in the war it was less successful when used in the early version of the P-51, a fighter which only achieved dominance in the European theater in 1944 when the Allison powerplant was replaced by the Rolls-Royce Merlin engine. 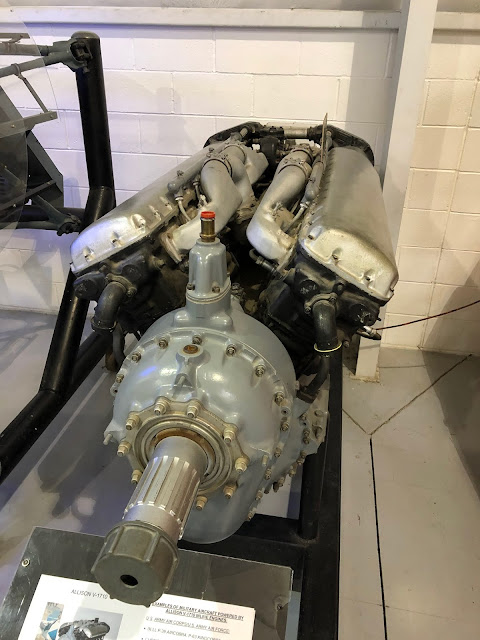 My 96-year old father in law was trained as a mechanic for the Allison 1710 in Long Beach, California and worked on P-38 engines in 1941 and 1942.  He still loves the P-38 and the Allison.  Recently we were was able to find online for sale an original 1942 maintenance manual for the engine and give it to him for Christmas.  Pictured below is the front cover.

In September 1942 my father in law enlisted in the Navy and was trained as a pilot.  His initial training was on the Stearman/Boeing VN2S Kaydet biplane pictured below. 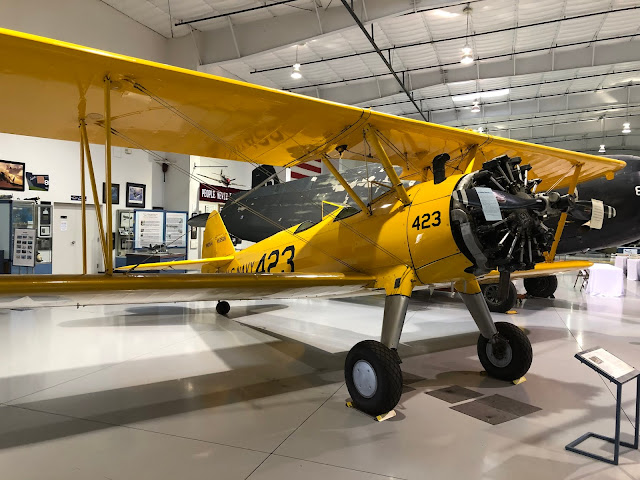 Once qualified as a Navy pilot he was based in San Diego and ferried Lockheed Ventura PV light bombers to Quonset, Rhode Island.  The Ventura was used for coastal defense by both the US and the UK's Royal Air Force and is credited with sinking several submarines.  Below is a photo of a Ventura PV-2 which I took on my recent visit to the Commemorative Air Force Museum in Mesa. 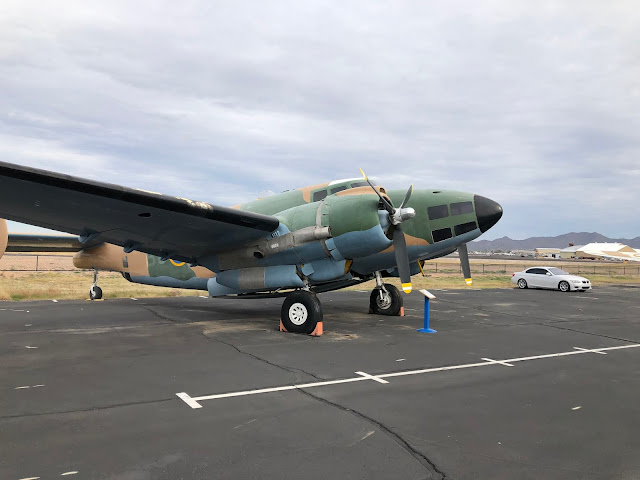