How Can You Be So Obtuse?

This started out as the third in a series of posts on my blogroll links but morphed into something else after I saw an article in the NY Times earlier this week by David Carr.  You'll have to read to the end to understand the title of this post.

The blogs are both by law professors, Instapundit (Glen Reynolds from the U of Tennessee) and Althouse (Ann Alhouse at U of Wisconsin).  Instapundit is the king of links and if you are lucky enough to get one it will trigger an Instalanche at your blog!  Reynolds covers politics, nanotechnology, firearms and whatever's on sale at Amazon.  He's also a prolific law review writer and author as well as a rock music producer.  Don't know where he finds the time and energy to do all that.  Althouse is an eclectic and eccentric mixture of politics, law and popular culture along with featuring her photography. 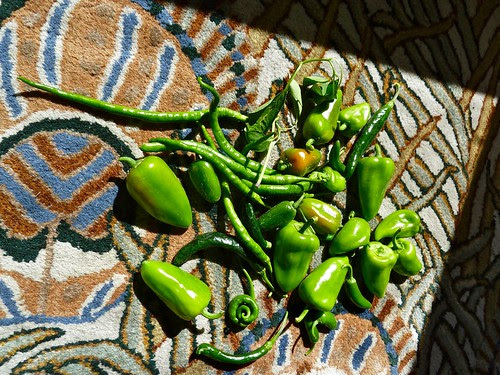 It's been fascinating to see how Instapundit and Althouse are viewed politically in mainstream publications.  Three or four years ago the ABA Law Journal had an article on the Top 100 Legal Blogs and both blogs made the list along with references to them as "right-wing" and "conservative" which I found curious, particularly since it did not list any of the other 98 blogs as "left-wing" or "liberal" even though it was clear to any cursory reader that several of the listed blogs fell in that category.  I guess everyone else was just a "moderate" and thus safe to read without prior warning. 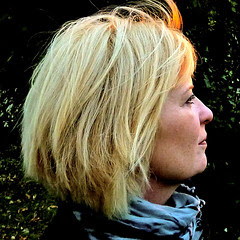 criticize the President and his party she has been cast into purgatory and denounced as a "right-winger" by the other side of the blogosphere and media.  Reynolds is a libertarian who has been very critical of the President but who adamantly supports gay marriage and abortion rights.

He's written that his ideal world would contain "happily married gay couples with stacks of semi-automatic weapons in their closets".

The ABA Journal characterization, and there are many other examples across media outlets, is consistent with an evolving worldview that unless you are 100% in line with progressive views you are a right wing conservative fascist nut (RWCFN).  From this I've learned there are two only political poles, "normal moderates" and RWCFNs - no other shadings allowed.  Hey, even the Koch Brothers (who  were designated by progressives as the targets for this year's "Two Minutes Hate" campaign) are RWCFNs who support marijuana legalization, gay marriage, abortion rights and want to cut the military budget.  Strange times we live in.

All of which brings me back to David Carr's article.  I agree with one of his points which is that politicians whining about liberal media bias is not a winning strategy.  If the article stopped there I would have had no problem.  But he then argues there is no liberal media bias by making two erroneous comparisons which (irony alert!) the liberal media always does when it confronts this issue, which is not liberal v conservative - it is liberal v non-liberal, an important distinction.

The first is that there is now a lot of new media available with different viewpoints and, in particular, he cites conservative talk radio (Limbaugh, Hannity etc).

The second is to note that the largest circulation paper in the United States is the Wall St Journal which has a conservative editorial page.

And, of course, he also mentions Fox News.

Second, editorial page leanings are not the source of non-liberal complaints about the media.  It's not the NY Times editorial page that is at issue.  It's the pretense of the media outlets who pretend they do not have a viewpoint; that they're just calling 'em as they see them.  It's the news coverage (or non-coverage) that is the source of complaints.  As Mickey Kaus (a liberal commentator) once pointed out, if the Times just changed its motto from "All The News That's Fit To Print" to "A Crusading Liberal Newspaper" it would end the complaints.  Even the last two Public Ombudspersons of the Times have acknowledged the liberal bias of its newsroom.

A perfect example of what Kaus is talking about comes from a few years ago.  Linda Greenhouse, then the NY Times legal reporter, ran afoul of the paper's ethics policies because she gave a speech at Harvard decrying the Bush Administration's "war on women".  The Times took disciplinary action claiming Greenhouse violated its policies by expressing her opinion on a public policy issue thus impairing her "objectivity" and compromising the paper's integrity.

The position of the Times was simply ridiculous.  Any regular reader of Greenhouse who knew anything about the law already knew she injected her views into her articles; on any Supreme Court case of political significance you'd get the strongest argument for the liberal side and a strawman argument for the non-liberal position.  So, why was the Times fixated on a phony objectivity standard?  I was on Greenhouse's side until she rested her defense on the grounds that she was not expressing her opinion, she was merely stating facts!  That's when I gave up.  [Correction:  Greenhouse was not disciplined by the Times for this incident.  Its "public editor" gave an opinion criticizing the speech and that was the end of it.]

That's why the liberal reaction to Fox News has always been so interesting.  Fox does lean right.  But if you are outside the liberal cocoon you know that ABC, CBS, NBC, CNN, PBS, NPR, Time, Newsweek and almost all of the large daily newspapers in the US lean left in their news coverage.  (On a personal note I haven't watched any cable or network news channels for the past several years). And, before you bring it up, several analyses of news coverage (not the editorial page) have concluded that even the Wall St Journal is centrist or even leans slightly left. The liberal obsession about Fox has always seemed bizarre to me.  They've already got everything else - do they need to control 100% of the journalistic outlets?   It's as if there is no tolerance for any deviation from the acceptable narrative of events.  Or perhaps they are disturbed at the potential disruption to liberal hegemony in the "neutral" media.  The ritual denuciations at every opportunity make it clear they'd like to stifle Fox. Why are they so scared?


What's even stranger is that prior to 2009 and the Fox News management decision to emulate MSNBC in its hyper-partisanship, its programming was tilted to the right, but not as blatantly as MSNBC's was to the left.

Here's the Fox prime-time schedule prior to 2009:

6PM:  Britt Hume with a news panel that always had a liberal on it.  The mirror image of the network shows that always had a token conservative.  My favorite is NPR and PBS which like to match the moderately conservative apologetic milquetoast David Brooks with the partisan liberal hacks Mark Shields and EJ Dionne.  That way their audience can feel they've actually seen a conservative without feeling too challenged or threatened.  The only difference is that liberals objected to liberal commentators even participating in a Fox show.

7PM:  Shepard Smith News Hour - I had no idea who he voted for and neither did anyone else (actually, if you forced me to bet I'd guess he votes D more than R).

8PM:  Bill O'Reilly.  O'Reilly is a blowhard, but not a "right wing radical conservative" (I think Frank Rich used this phrase every week in his old Sunday Times column).  He's a populist.  He thinks there is an oil company conspiracy to raise prices, he opposes the death penalty and his political hero is Bobby Kennedy.  He also embarrassed liberals by interviewing the far-left activists that the rest of the media makes sure don't get coverage (though they don't hesitate to show every RWCFN they find).

9PM:  Hannity & Colmes.  A conservative and liberal (I thought it was unwatchable mostly because of Hannity).

10PM:  Greta Susteren, who did crime stories and whose husband was a leading liberal trial lawyer.

And they had a morning show that was structured like a satire of the network morning shows.

This was the lineup that threatened the Republic!

So when I read stories like Carr's I am prompted to ask the question that Andy Dufresne asked Warden Norton in the The Shawshank Redemption:

I used to think it was just ignorance.  Now I do think it's deliberate.
While we are on the subject of Shawshank how did Forrest Gump get the Academy Award for Best Picture in 1994 when it was up against Shawshank and Pulp Fiction?  Shawshank and Pulp Fiction are both memorable and enduring films which you can watch over and over again with scenes that are embedded in our memories and gobs of quotable dialogue.  Gump was a pleasant, gimmicky movie that you won't want to see more than once.  The Award was a travesty, a conclusion on which I hope we can agree upon across the ideological spectrum.