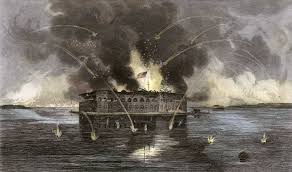 Today is the 152nd anniversary of the Confederate bombardment of Fort Sumter in Charleston Harbor and the start of the Civil War.  Even though the war started on this date in 1861 it was the decisions made by Virginia, North Carolina, Tennessee and Arkansas to join the Confederacy after the attack on Sumter that were essential to the rebels maintaining their independence through four years of bloody conflict.*  To understand why, let's look at the 1860 census (you can find the source data here).

The US population in 1860 was 31 million of whom 22 million were in the states that stayed in the Union while 9 million lived in the seceding states.  Population is not destiny but it had a significant impact on military capabilities so let's look more closely. 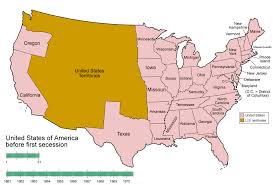 Secession occurred in two waves.  The first, consisting of seven states, from December 20, 1860 and February 23, 1861, took place before President Lincoln's inauguration.  For the next ten weeks the count remained static and then the final four states seceded between May 6 and June 8, 1861.

The seven states that seceded and formed the Confederacy prior to Sumter were all in the Deep South - South Carolina, Georgia, Florida, Alabama, Mississippi, Louisiana and Texas - the heart of the cotton economy.  These seven states had a population of 4.98 million but 46% of these were slaves, leaving a white population of only 2.67 million.  If the four post-Sumter states had not left the Union (and even if their populations were not added to the North), it would have meant that the North's population would have been 8 times more than that of the white population in the original seven Confederate states.  It is difficult to see how these states could have been successful militarily for any lengthy period of time in fighting a conventional war. 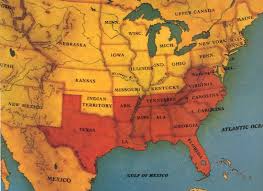 The four post-Sumter states had a population of 4.13 million of whom only 29% were slaves, adding a total of 2.93 million whites to the Confederacy, more than doubling the white population of the original Confederacy, along with bringing geographical depth to any defensive strategy and reducing the North's manpower advantage to 4 to 1.

This also puts into perspective the manpower loss of the Confederate states in the Civil War.  About 5% of its white population died, including about 20% of adult white males.  In today's context it would be the equivalent of 16 million Americans dying in a war - about 40 times the number of deaths in WWII and about 2,200 times the number of fatalities we have suffered in the last decade of war in Iraq and Afghanistan combined.

The 1860 census also shows the relationship between the relative size of slave population and the timing of decisions about secession.  Six of the seven original states had slaves populations ranging from 44% to 57% of their total populations (Texas was an outlier with 30%) while the four states seceding post-Sumter had smaller slave populations, between 25% and 33%.  In the four slave states that did not secede the slave population did not exceed 20%: Kentucky (20%), Maryland (13%), Missouri (10%), Delaware (2%).

* The triggering event for the secession of the four states was President Lincoln's call on April 15, 1861 for 75,000 volunteer troops to bring the seceding states back into the Union by force of arms.  Although these states had tried to proclaim their neutrality, they were opposed to the use of force against the seven states that had left the Union.
Posted by Mark Stoler at 4:30 AM