Yesterday THC (along with Ms THC) visited Tombstone in homage to Wyatt Earp and his swarm of brothers.  The 1881 events in Tombstone were previously discussed in OK Corralapalooza. 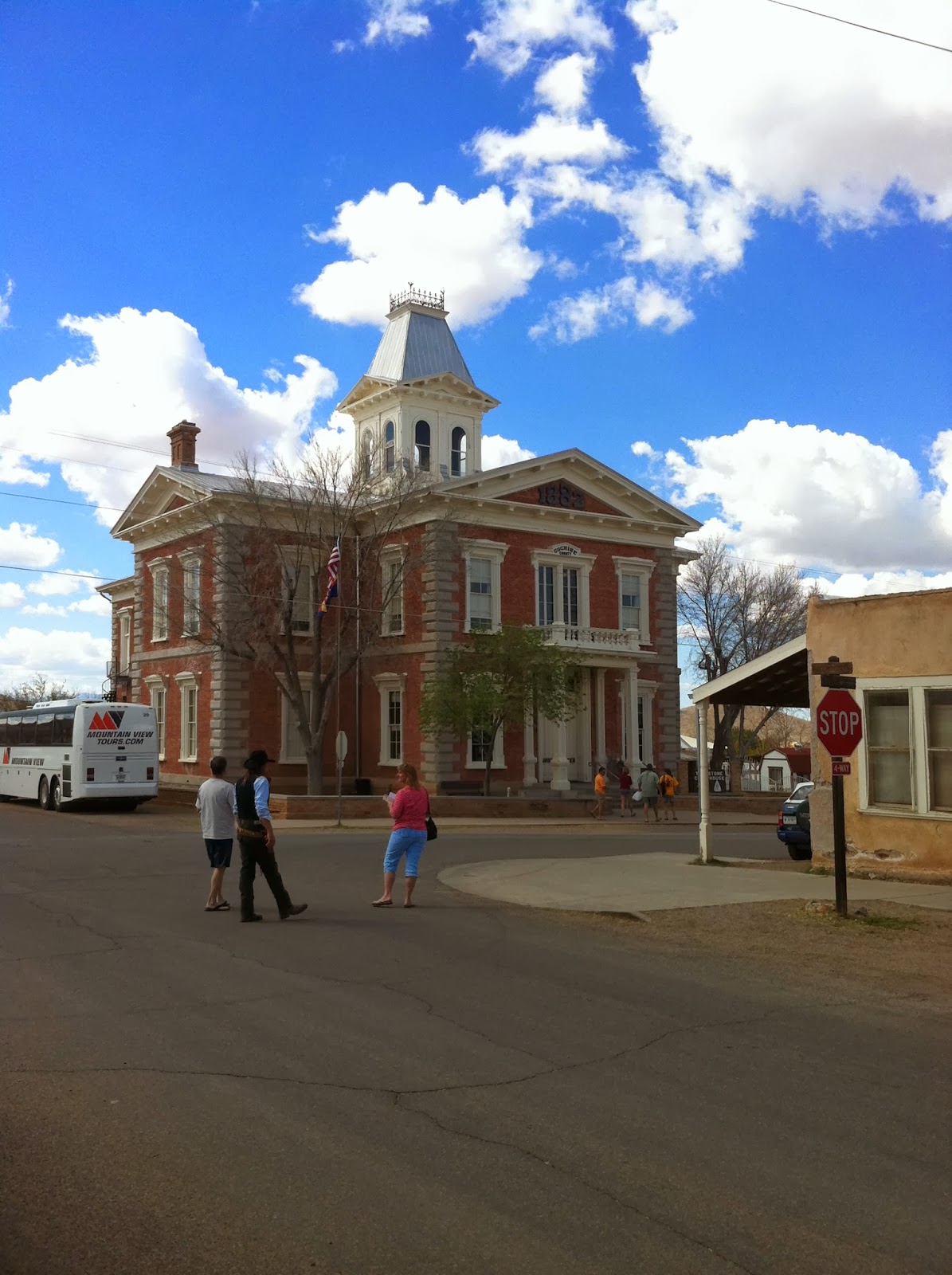 It's worth seeing the Cochise Country Courthouse in Tombstone.  Built in 1882, several months after the Earps and Doc Holliday left the town, the Courthouse houses a museum and is now a State Park.  The museum has many entertaining exhibits on the mining boom that led to the founding of Tombstone in 1879, the history and daily life in the town as well as the OK Corral gunfight. 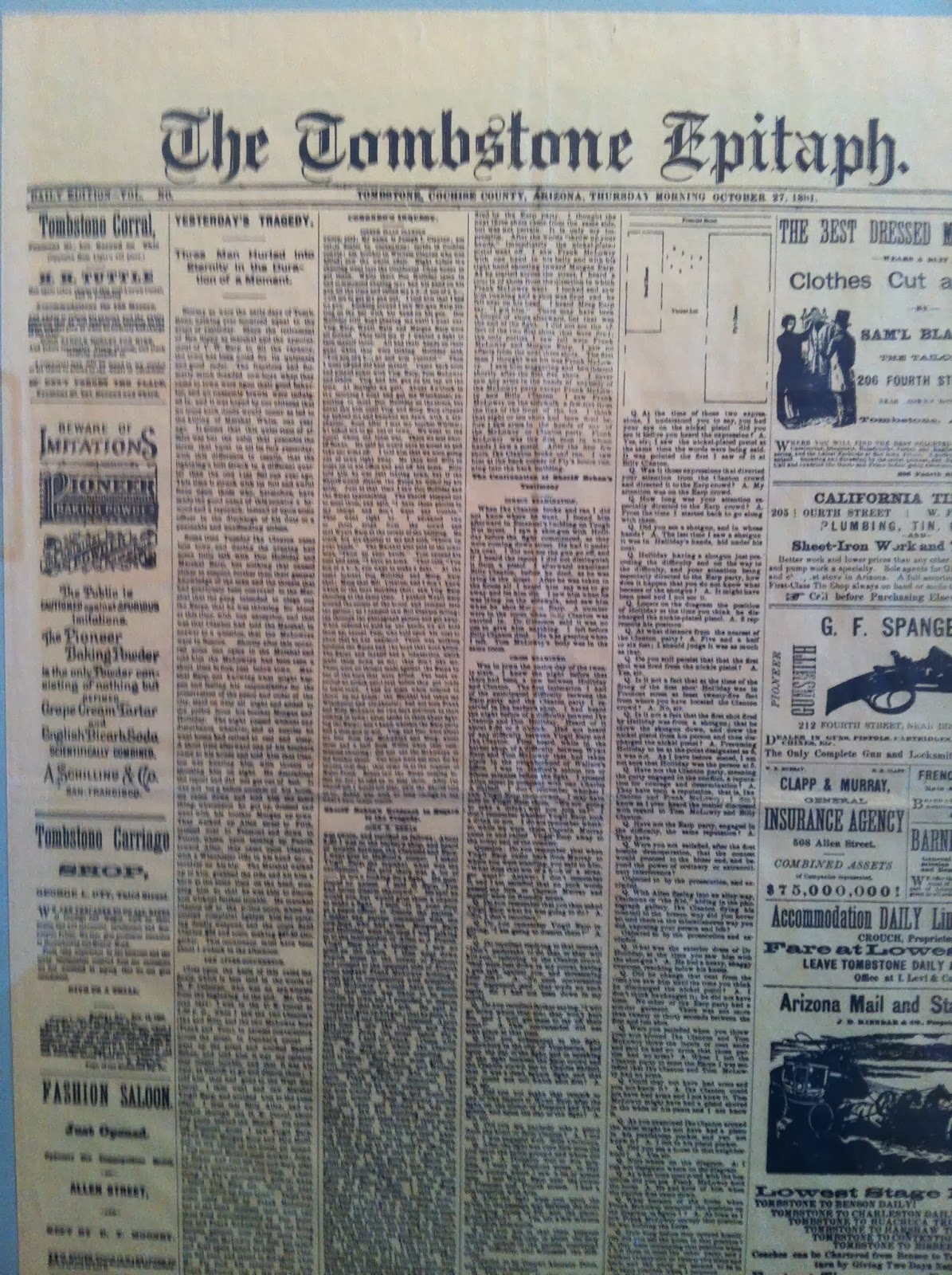 Once you've seen the museum, THC advises you git out of town as soon as possible.  It's a terrible and tacky tourist trap with competing OK Corral gunfight shows.  THC is a big fan of tacky but this was just too much.

Instead head about 20 miles south on state route 80 towards the copper mining town of Bisbee which is nestled into a canyon in the Mule Mountains about ten miles north of the border with Mexico (we ran into a Border Patrol checkpoint on our drive).  About two miles from Tombstone the highway comes down from a plateau and opens up on a wide panoramic vista that is the essence of what we think of as The West.  A few miles later you enter the mountains and then reach Bisbee. 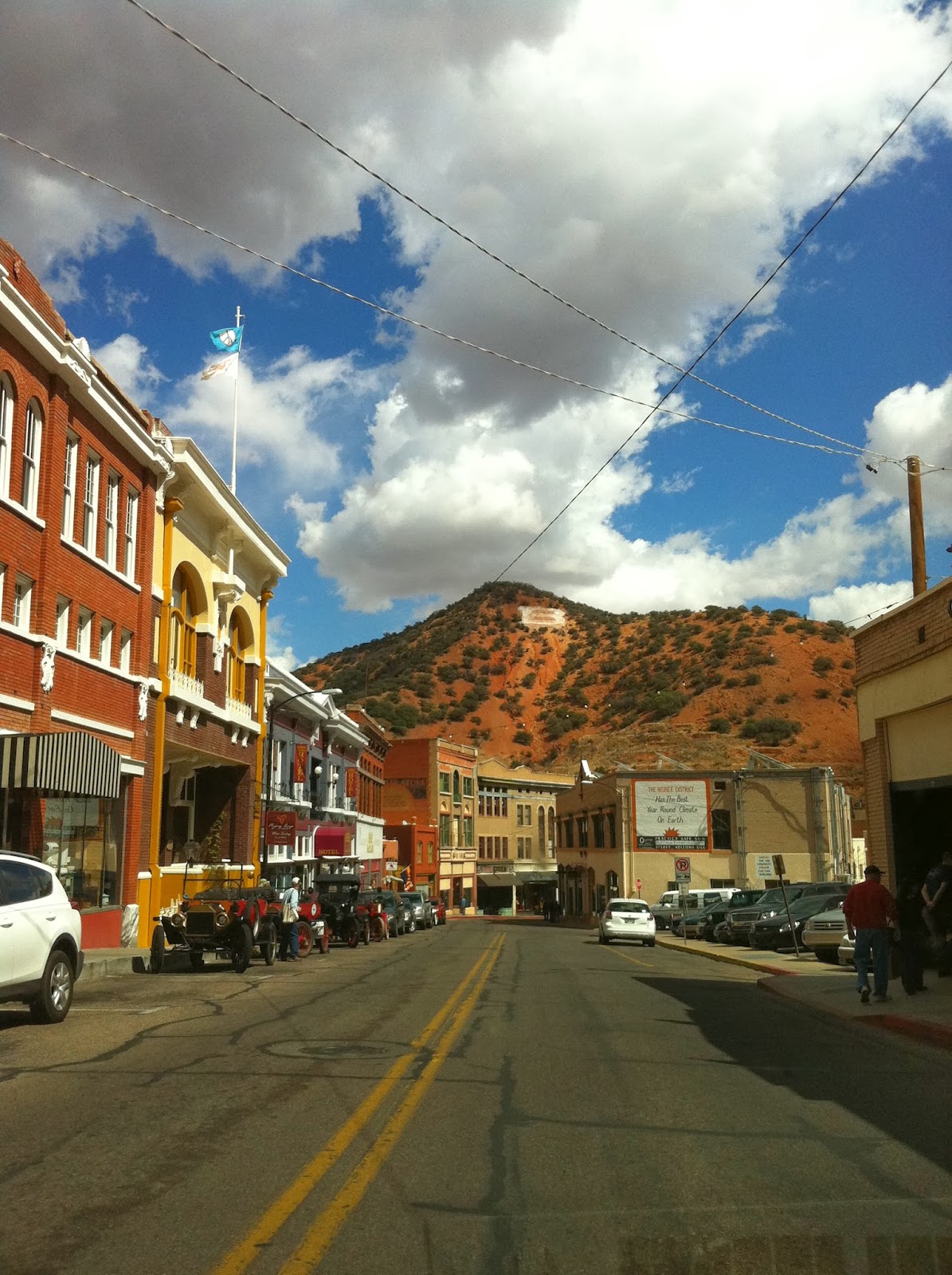 From 1910 to the mid-1970s, Bisbee's economy was built on an open pit copper mine run by Phelps Dodge located on the edge of town.  One of America's most notorious labor-management incidents of the early 20th century took place there in July 1917 when Phelps Dodge, working with local law enforcement and perhaps 2,000 vigilantes who had been deputized as a posse, deported to New Mexico (yes, you are reading that correctly) over 1,000 workers associated with the International Workers of the World Union in what became known as the Bisbee Deportation. 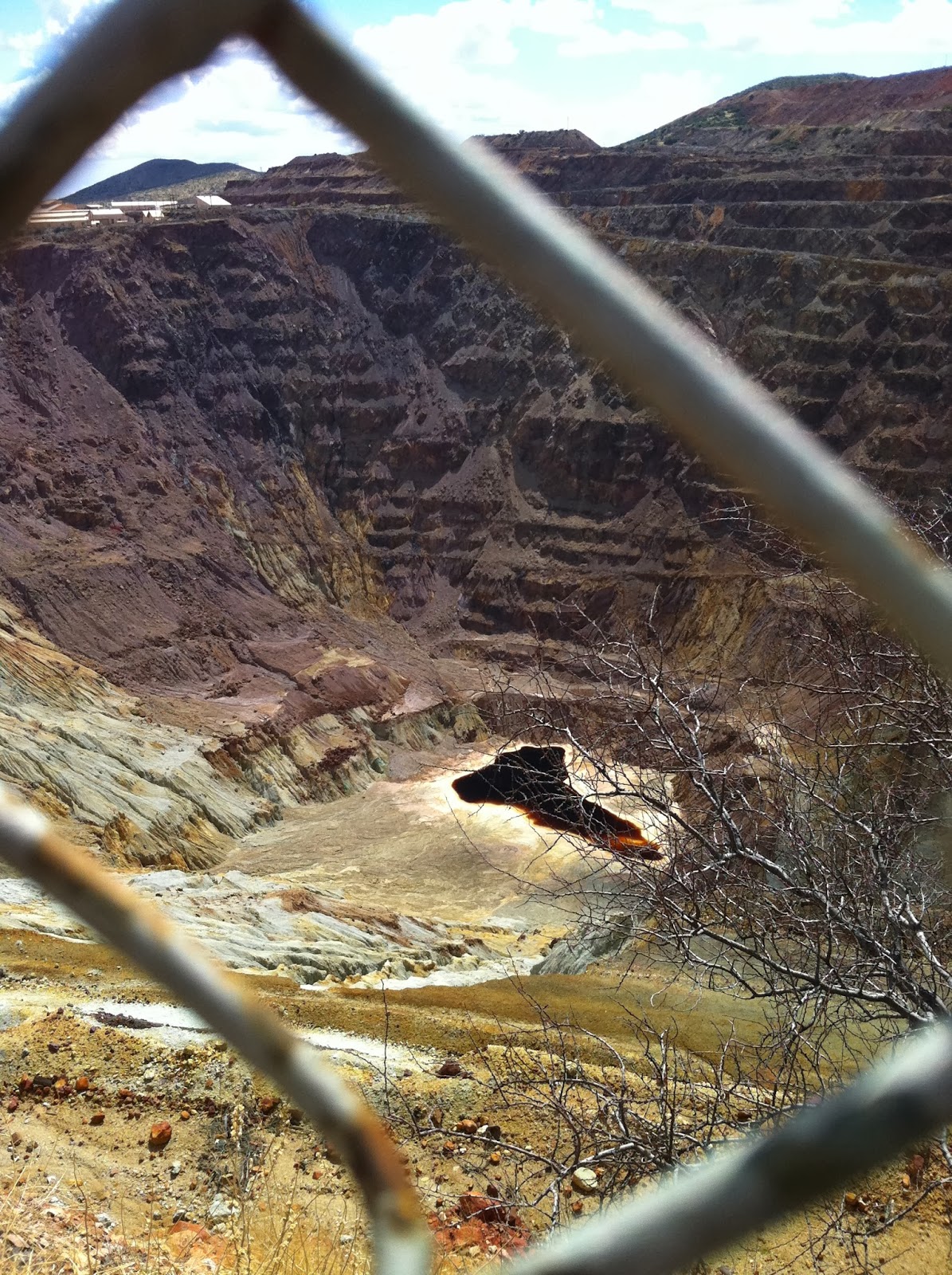 (The mine pit today) 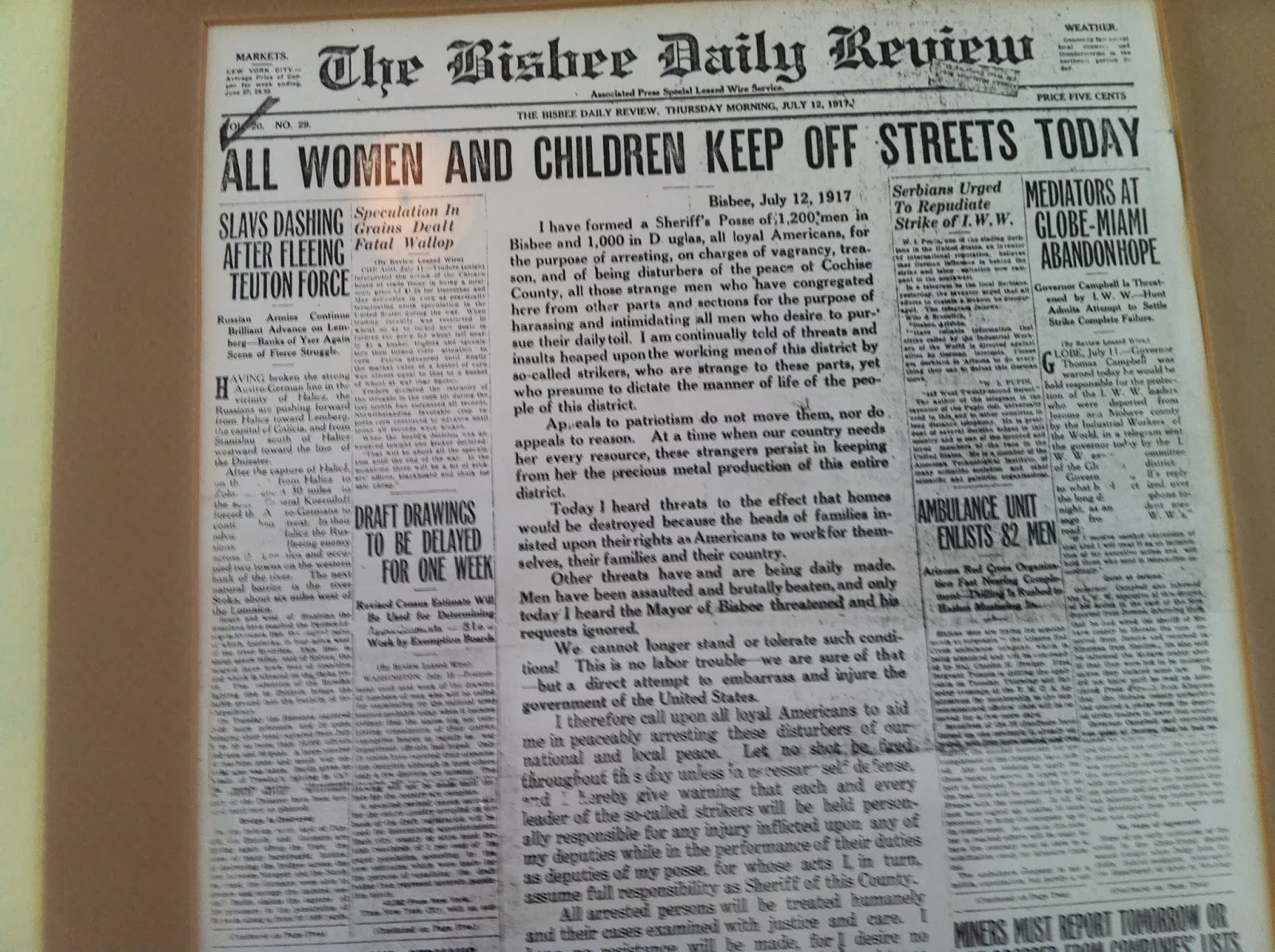 Today, Bisbee is primarily a tourist town but much more tolerable and beautifully situated than Tombstone.  Most of the inhabitants seem to be refugees from a time past, giving the town some of the vibe of Mendocino in 1974.
Posted by Mark Stoler at 11:00 AM