In the early afternoon of April 12, 1945, while sitting for a portrait at Warm Springs, Georgia,  President Franklin Delano Roosevelt complained of a terrible headache and died shortly thereafter of a cerebral hemorrhage.  He was 63 years old.  His health had been failing for some time and during the last year of his life many of his acquaintances were shocked at his visible deterioration.  A year earlier his physicians had diagnosed him with congestive heart failure (it is unclear how much they told him) and his blood pressure, according to our guide at Hyde Park last summer, was as high as 260/130!!   Below are pictures of FDR from 1940, just after winning his third term and prior to the U.S. entry into WWII, and 1945. 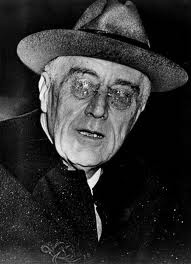 Like Abraham Lincoln, who was murdered near the end of the four year long Civil War, America's bloodiest conflict, Roosevelt died in the fourth year of America's involvement in World War II, our second bloodiest conflict, with the Nazi capitulation only twenty-five days away and only four months before Japan's surrender.

Last summer, THC and the Mrs, along with the THC Sister and Niece visited FDR's family home at Hyde Park, New York on a bluff overlooking the Hudson River and it is well worth a trip if you live in the area or are visiting the New York area. Both the house itself and the museum are fascinating.  It is striking to walk through the home of a very wealthy family of the early 20th century and see how small and simple, by today's standards the bedrooms were for Franklin and Eleanor as well as their guests including Churchill and the Queen of England.  Eleanor turned the house over to the National Park Service shortly after Franklin's death so the house and grounds are pretty much as they were then with the original furnishings. 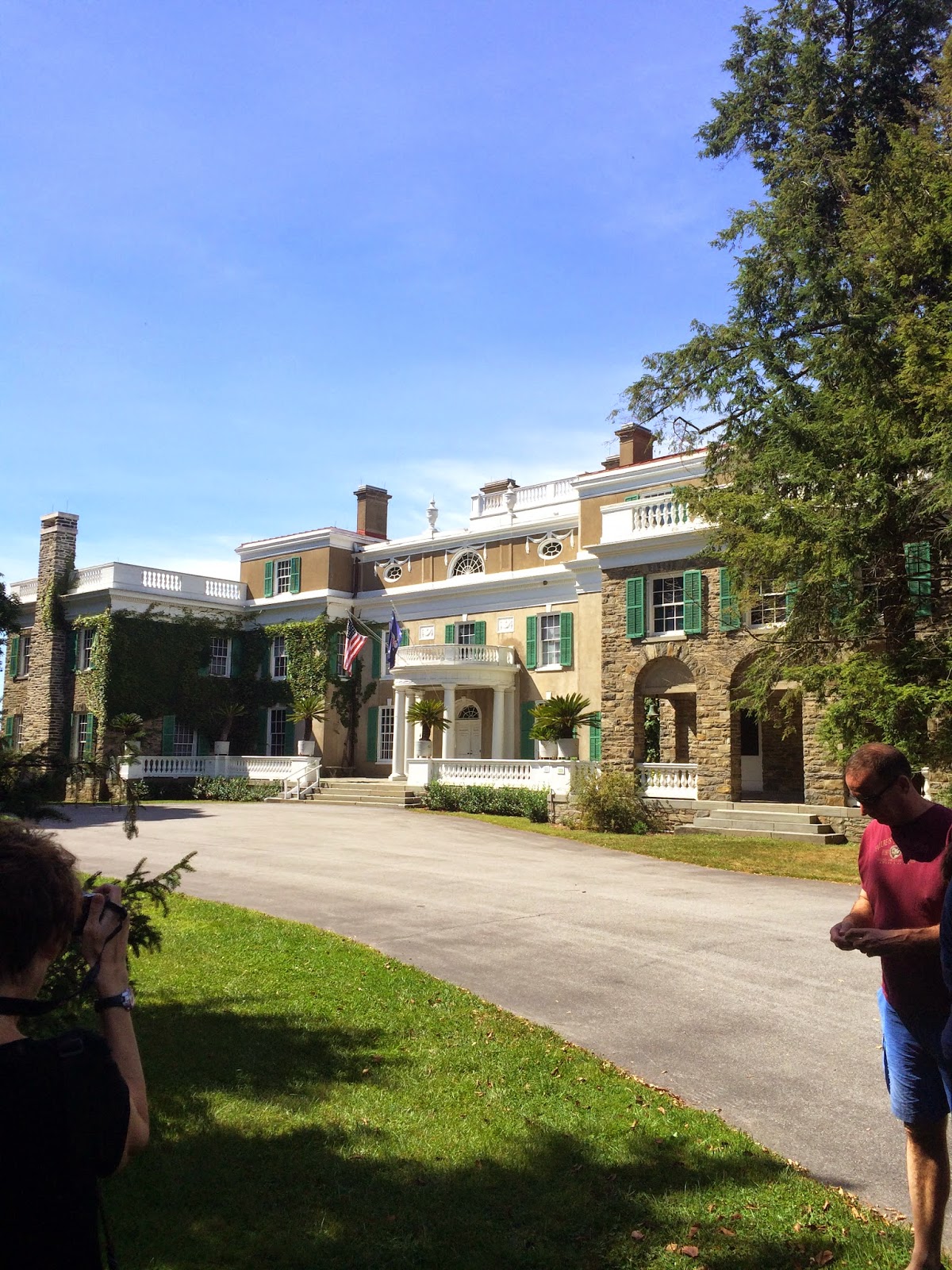 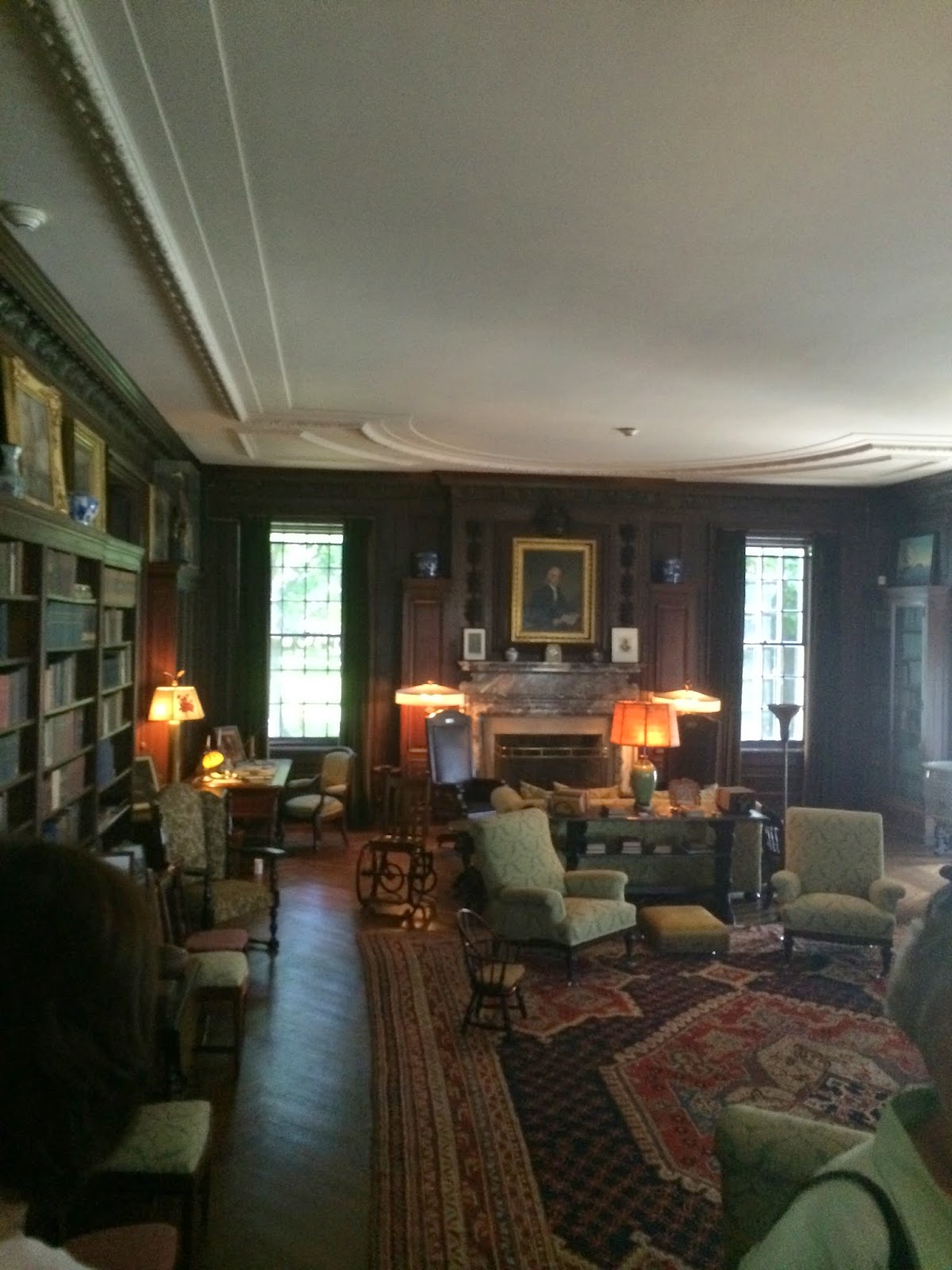 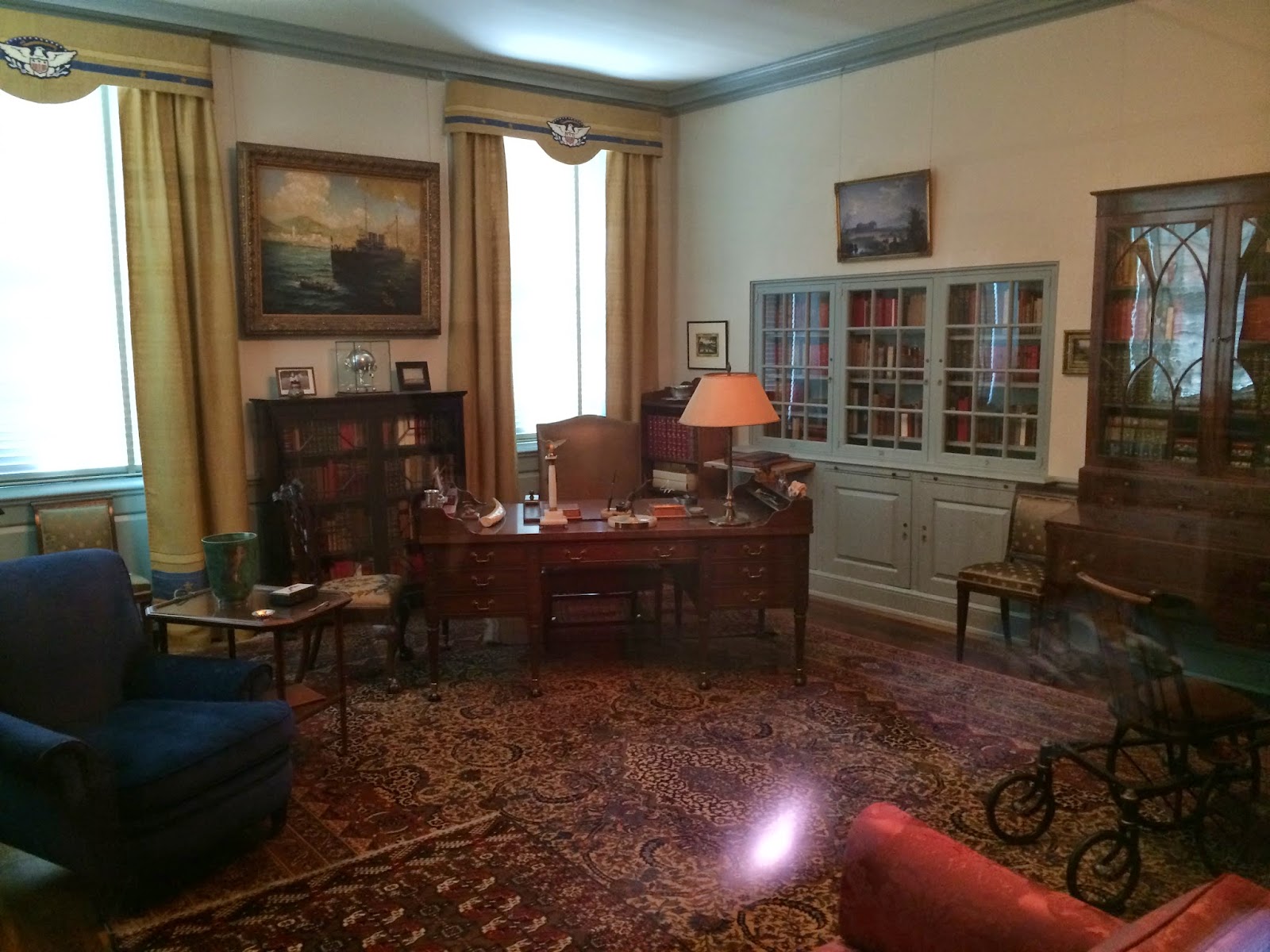 THC also recommends reading The Man He Became by James Tobin, about FDR's struggle with polio in the 1920s and his return to public life which gives the reader a great appreciation of what it took for him to cope and overcome, to some extent, the virus (as well as providing a fascinating primer on polio).

As President, THC's assessment of FDR is mixed.  He was a splendid war president, particularly in its most critical phase during the 18 month period after Pearl Harbor (see, The Day After Pearl Harbor).  FDR's self-confidence in his persuasive ability and lack of ideological interest led him to severely misunderstand Stalin but this had little impact on the events of the war (for more see Who Was Harry Hopkins?).

On the domestic front there is no doubt that FDR through his presence and voice played a powerful role in giving the American public confidence in the future during the worst of the Depression and providing a sense of stability.  Just listen to a random Fireside Chat and you'll understand; it's important not to underestimate the importance of instilling confidence during those turbulent times when demagogues like Huey Long stalked the country.

His reforms of the banking system, done in the early days of his First Administration, were effective.  After that, most of the rest of the New Deal was either ineffective or even, in some instances counterproductive (see, for instance, The National Recovery Administration), counterproductive.  Unemployment was still 14% in 1939, six years after Roosevelt was elected and the Depression was deeper and longer in the U.S. than in any other Western industrialized country.  And the degradation of Constitutional liberties, undertaken by the Supreme Court at FDR's urging, and all in the cause of making food more expensive for consumers, has wreaked long-term havoc in the country (for more see My Senator).

There is a famous remark, supposedly by Oliver Wendell Holmes Jr, about FDR to the effect he was a second-rate intellect but had a first class temperament, an assessment that rings true [there is some doubt whether Holmes was referring to FDR].  One can examine FDR to find deep thought and not see it.  But THC has come to the view, that once a basic threshold of intelligence is passed by a President, a good temperament is a much more important and crucial factor for the success of a President and Franklin Roosevelt had it (for an example see Management Lessons).  Oddly, the 20th century President he most resembles in that respect is Ronald Reagan.   Though THC rates Reagan's intellect higher than FDR's, having read his work from the 1960s and 70s, he does not think either FDR nor Reagan would be among the higher IQ scores among 20th century Presidents.  THC is confident that both Herbert Hoover and Jimmy Carter would score among the highest on an IQ test which tells you all you need to know about the value of sheer intelligence.

There were other similarities in personality between FDR and Reagan, though one was born into a wealthy well-established family and the other was born poor and raised in an unstable home environment.  Both had management styles that those working for them often found enigmatic, baffling and frustrating and they did not develop close personal relationships with their staff.  Both dealt with strong and formidable women (FDR's mother and Eleanor; Reagan with Nancy).  Both seemed emotionally detached from ,and had difficult relationships with, their children.

Give THC a candidate with some decent ideas and a great temperament over someone brilliant who doesn't understand people.