Hold Five Forks At All Hazards

By the end of March 1865, the strength of the Army of Northern Virginia was slowly seeping away as soldiers deserted daily driven by hunger, cold and despair over their conditions, even as Robert E Lee was forced to lengthen his defensive lines which began at Richmond, proceeded south for 20 miles to Petersburg and then curled around the southern and southwestern portions of the city extending ever westward in an effort to fend off the probes of General Ulysses S Grant's Union Army as it attempted to cut the final railroad links between the Confederate capital and the rest of the rapidly shrinking Confederacy.

For the next twelve days, THC will follow the path of the final campaign of the Army of Northern Virginia and the Army of the Potomac using as his primary source The Appomattox Campaign by Chris Calkins (1997).

The siege of Petersburg began in June 1864 (see Petersburg: Opportunity Missed,  The Overland Campaign Begins and The Bloody Angle for more on the events of May and June of 1864).  At the time Robert E Lee predicted that if his army was pinned down in a siege "then it will be a mere question of time" until all was lost.  For nine months, Lee had been unable to break the growing northern stranglehold on his army.

By late March, Lee knew the time would come soon when he would be forced to abandon Richmond.  His plan was to sidestep Grant and move his army first west, and then south to join General Joseph E Johnston in North Carolina where their combined forces would first defeat the Union army of General William Tecumseh Sherman and then turn north and defeat Grant.

On March 29, US Grant began his move to forestall Lee's plans.  His forces moved further west under orders to then attack north and west at the far end of Lee's line.  The goal was to cut the last railroad links to Richmond and Petersburg and block Lee's retreat route to the west.  To counter Grant's move Lee dispatched General George Pickett (of Gettysburg fame or infamy) with several thousand infantry to the area of Dinwiddie Court House. 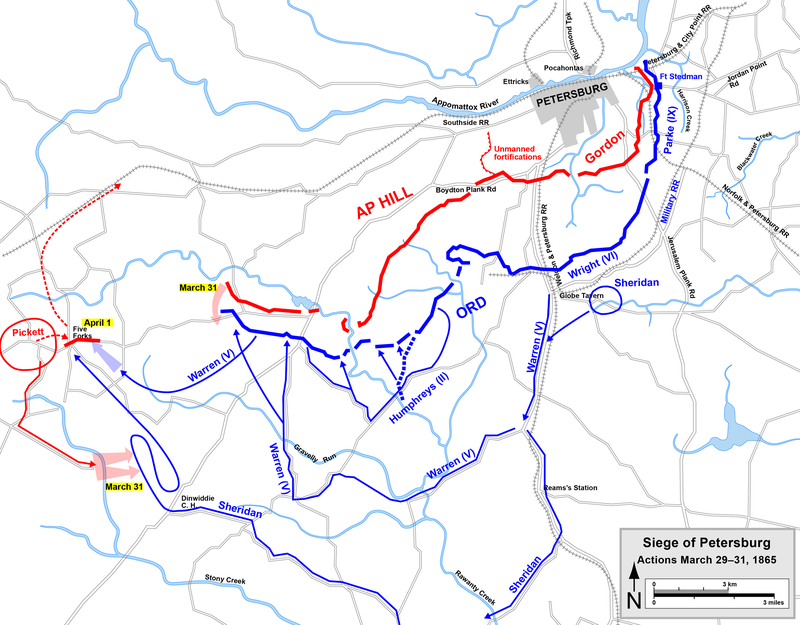 Over the next three day, Pickett was forced back from Dinwiddie to the vinicity of the road junction at Five Forks.  If Five Forks were to fall there would be nothing to prevent the railroads from being cut by Federal troops.

Underscoring the importance of holding the position, on the evening of March 31, Lee sent a message to Pickett:


"Hold Five Forks at all hazards.  Protect road to Ford's Depot and prevent Union forces from striking the Southside Railroad.  Regret exceedingly your forced withdrawal, and your inability to hold the advantage you had gained." 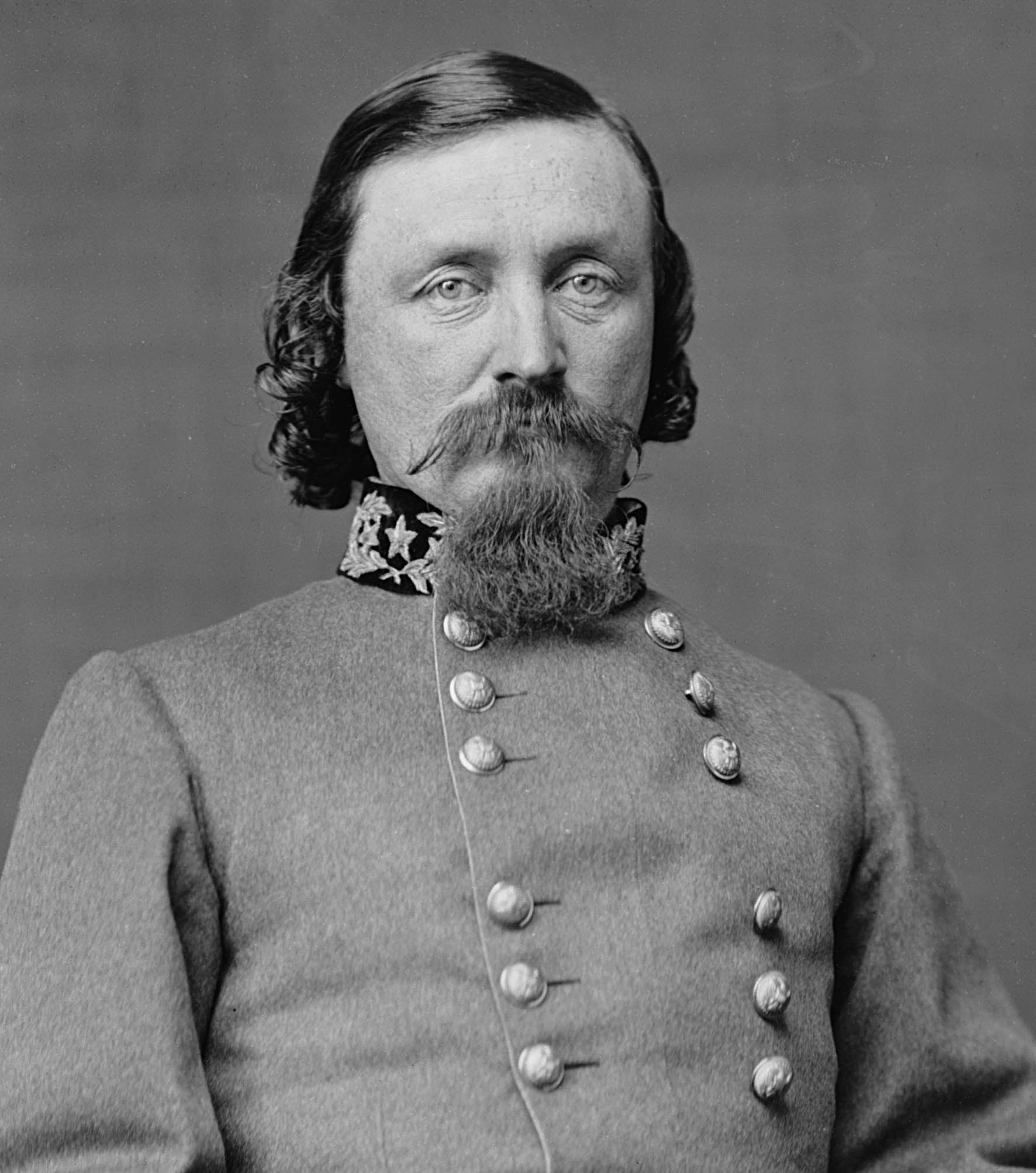 The harsh tone of the dispatch was different from that usually used by Lee, but the relationship between he and Pickett had become ever more poisonous since the afternoon of July 3 at Gettysburg.  Pickett blamed Lee for the destruction of his division in the charge across the open field, while Lee had little regard for Pickett's military skills, only keeping him on because of the lack of competent replacement general officers in the Confederate ranks.

Morning found Pickett's men entrenched around Five Forks anticipating an attack with a few hours.  But the day remained quiet and in early afternoon, Pickett and most of his commanders rode to the rear to indulge in a fish bake put on by another Confederate general, failing to inform their subordinates where they were going or to place someone in charge of the infantry in their absence.  You can guess what happened next.

Around 4pm, Union infantry and cavalry under General Phillip Sheridan, Grant's most aggressive and abrasive commander attacked the Confederate positions.  By the time Pickett returned to his troops it was too late, they were overwhelmed, outflanked and fleeing.  Several thousand were taken prisoner and the path to the Southside Railroad lay open to the Union.  We hope the fish bake was worth it. 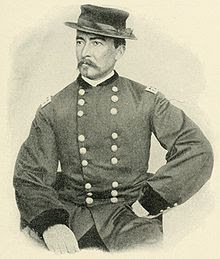 Receiving the news from Sheridan, Grant ordered an assault along the entire line of siege for early the next morning.

Lee knew that Richmond and Petersburg were no longer defensible and he would have to act according to Grant's timetable, not his own.  The race to the west was about to begin.

Richmond to Appomattox; from nps. gov 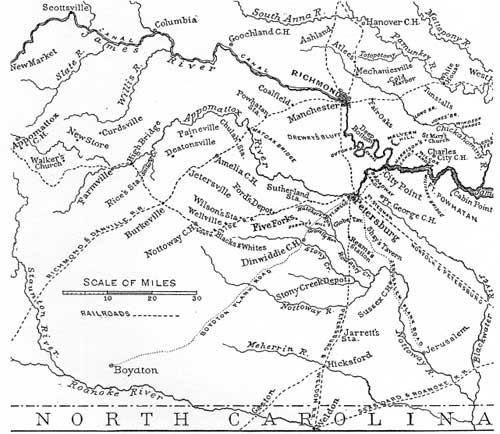