Located in Jordan, south of the Dead Sea, Petra is one of those archaelogical wonders THC would very much like to see but is confident he will never visit.  Founded by the Nabataean tribe in the 4th century BC it served as a important point for caravans traveling the desert and the tribe was skilled in managing the meager rainfall through dams, conduits, cisterns and irrigation.

The approach to the city was guarded by a narrow approach through a gorge which brought a traveler to the famous structure called (incorrectly) the Treasury and best known to most of us as the setting for the final scene in Indiana Jones and the Last Crusade. 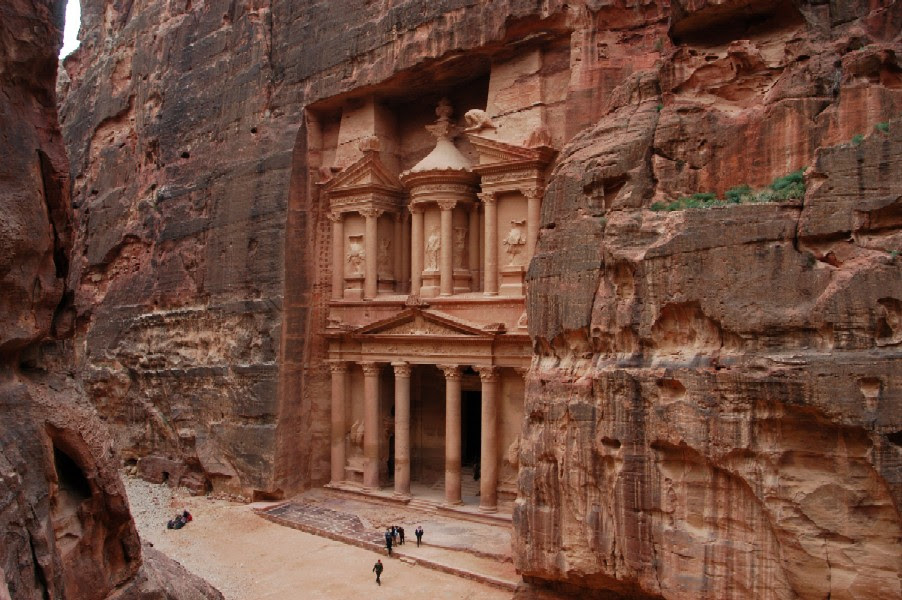 What is less well known is the full extent of the ancient city which reached its peak between 100 BC and 200 AD.  In 106 AD, Petra came under direct Roman rule.  As trade routes changed the city underwent a long period of decline marked by a large earthquake in 363 and was finally abandoned in the 7th century.  The European "rediscovery" of the site occurred in 1812.

Now, thanks to Google Map & Treks we can visit Petra and get a much better appreciation of the size and scale of the city and observe areas usually only seen by tourists.  You can find the link to the guided tour here.  Enjoy.
Posted by Mark Stoler at 10:00 AM