Cum's father was Cumberland Posey Sr, the son of freed slaves, born in 1858 in Maryland.  Starting as a deck sweeper on a riverboat Posey Sr was fascinated by mechanical equipment and exhibited an aptitude for the subject rising to become a stroke engineer on a riverboat.  Overcoming a lot of resistance he eventually became what is thought to be the first African-American licensed as an engineer in the United States moving on to design riverboats and owning his own riverboat company.  Settling in Homestead, PA, a suburb of Pittsburgh, with his wife Angelina, who was the first African-American woman to graduate from Ohio State University, Posey also had a talent for business in general, investing in, and owning, several other enterprises including Diamond Coke & Coal Co, the largest black owned company in Pennsylvania.

(Posey Sr)
He was also the chief investor and President of the Pittsburgh Courier, the African American newspaper for the region.

Posey Sr's success allowed him to raise his family in a large mansion in Homestead.  He died in 1925.

(Posey homestead; this picture and one above from Black History in Pennsylvania)
The eldest of his four children was Cumberland Posey Jr, born in 1890.

From his youngest days, Posey Jr showed he was a talented athlete and his best sport was the newly invented game of basketball.  He led Homestead High to championships and then went off to Penn State where he became the first African-American to play intercollegiate sports for that institution.  Though only 5'9" he made the basketball squad in his sophomore year (freshman could not play at that time). 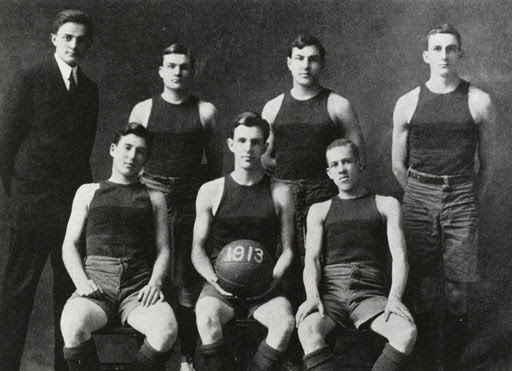 Posey was much more interested in sports than in studying and poor grades led to him leaving Penn State.  He was clearly very intelligent and driven but one reads into his history a streak of rebelliousness and we wonder how his father reacted to all of this.  He then enrolled at the University of Pittsburgh becoming known as one of the best basketball players in the country before exhausting his eligibility without graduating.

The young man then gave a third try to college under unusual circumstances enrolling at Holy Ghost College (now known as Duquesne University) while passing himself off as a white man (Posey was light-skinned) named Charles Cumbert.  He was the leading scorer on the basketball team and captain of the golf team before finally dropping out once again (he was enshrined in the University's Hall of Fame in 1988 under his real name).

Throughout this entire time, Posey had also helped create and lead a black semi-pro basketball team that eventually became known as the Loendi Big Five, helping him to gain a reputation as one of the leading black atheletes in America and culminating in a run of four straight Colored Basketball World Championships from 1920-23.  Of that period, the Interstate Tattler, another African-American newspaper, declared "The mystic wand of Posey ruled basketball with as much éclat as Rasputin dominated the Queen of all the Russias.” 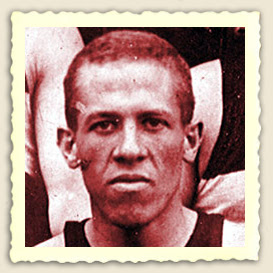 (photo from BlackFives)
Parallel to his basketball career, Posey also pursued an interest in baseball, joining the forerunner of the Homestead Grays in 1911 and becoming the team manager in 1916 around the team he left Duquesne. And to fill his spare time he played football for the semi-professional Homestead Grays and managed the Homestead Grays Boxing Club.

"Some may say he crushed the weak as well as the strong on the way to the top of the ladder.  But no matter what his critics say they cannot deny that he was the smartest person in Negro baseball certainly the most successful." 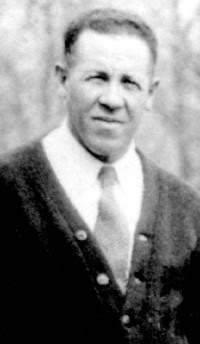