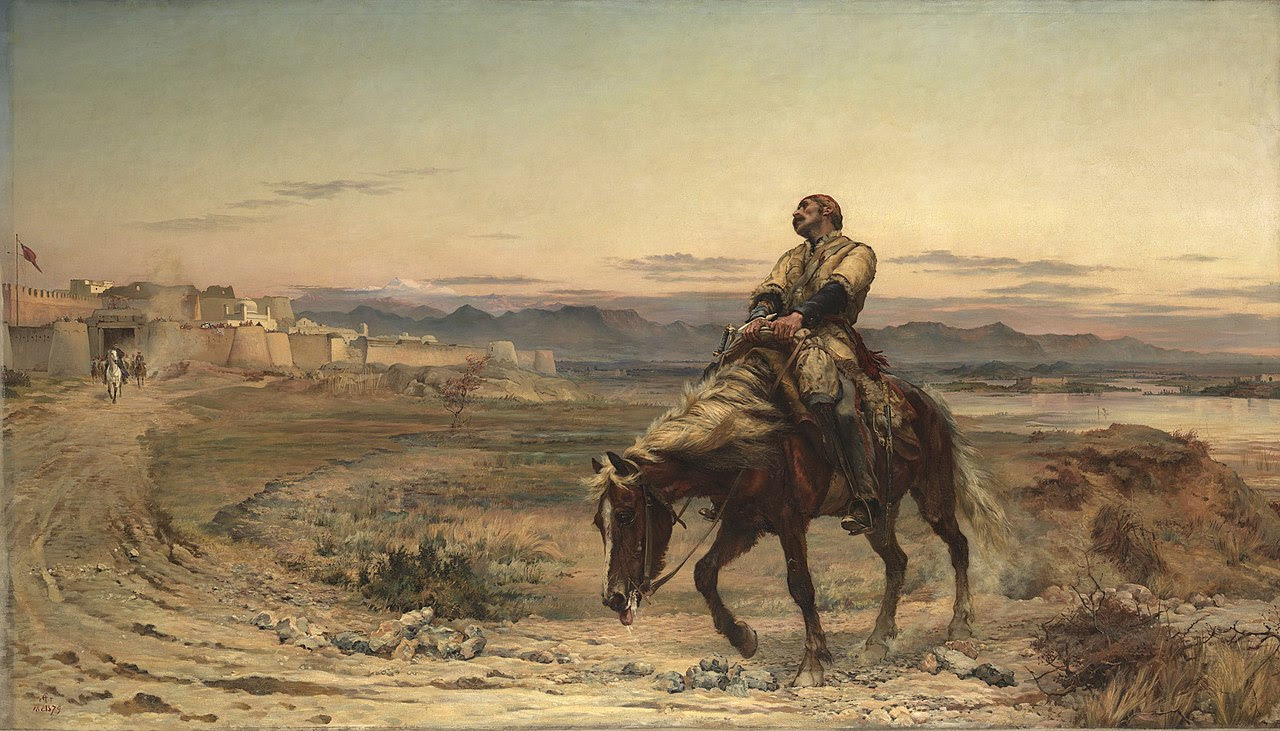 Remnants Of An Army by Elizabeth Butler

It is one of the most famous images of Victorian England.  An exhausted man of indeterminate origin barely hanging onto the back of a worn-out horse nearing a walled town on an empty plain; empty except for the horsemen riding towards him out of the town's gate.

It's the afternoon of January 13, 1842.  The walled town is Jalalabad (now in Afghanistan near its border with Pakistan) and the rider is Dr William Brydon, assistant surgeon in the army of the British East India Company which left Kabul, Afghanistan a week earlier with 4,500 soldiers (690 British, 3,800 Indian) accompanied by 12,000 civilian camp followers.  Brydon is the first and only one to reach Jalalabad where the Company garrison has been anxiously awaiting the army from Kabul.  He brings news of one of the greatest disasters in British military history.

It all began well enough in 1839 when the British invasion of Afghanistan made rapid progress.  The origins of the campaign go all the way back to December 31, 1600 when Queen Elizabeth issued a charter for a new merchant company to trade in the East Indies.  Within a few years the company had established its first trading outposts in the Indian subcontinent.  Gradually expanding its interests, by the mid-18th century the company, now known as the British East India Company, had established its own effective government, based in the Bengal region, as well as its own army.  The Company had a complicated relationship with the British government being responsible both to its shareholders and to Parliament but, for the most part, became an effective tool of the foreign policy of its home country.

By the 1830s most of the subcontinent was under Company rule back by its army of over 200,000 men, predominantly Indian but with a substantial number of British troops and commanded by British officers. 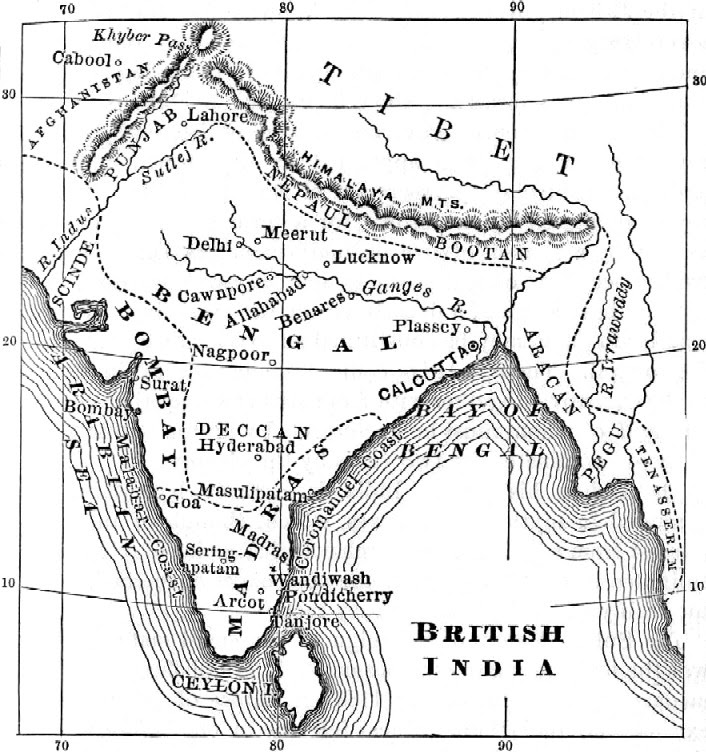 Afghanistan was a far-off place behind towering mountains to the northwest of India.  An impoverished land of dynastic squabbles and violence holding little intrinsic interest to the British.  But there loomed a bigger threat to the north; the expansionist Russian Empire which was moving into Central Asia.  Always worried that the Russians were seeking control of the mountain kingdom in order to obtain access for its troops to invade India, the British were alarmed by reports of Russian domination of the regime in Kabul; reports that were grossly exaggerated; ironically, to the extent  there was Russian interest it was triggered by their own exaggerated worries of British advances in Central Asia.  For a detailed discussion of the convoluted maneuvering that led to the invasion and its disastrous outcome read Return Of A King by William Dalrymple.

The Company army took Kandahar and then entered Kabul on August 7, 1839 installing Shah Shujah as its picked ruler for Afghanistan.  The expedition, and Shah Shujah, were under the political direction of the Viceroy's envoy, Sir William Macnaghten, a fact increasingly obvious and offensive to Afghans.  Over the next two years, despite increasing evidence of tribal disaffection, with Macnaghten sending back dispatches reporting "perfect tranquility" the British felt secure enough to draw down the garrison and finally to leave the well-fortified palace area of Kabul to build cantonments outside the city for its troops and camp followers; an encampment which would be much more difficult to defend in the event of serious trouble.   As one observer noted:


it must always remain a wonder that any government, any officer, or set of officers, who had either science or experience in the field, should in a half-conquered country fix their forces in so extraordinary and injudicious a position.

In 1841 command of the Company's forces devolved onto Major General William Elphinstone described by British Battles.com as:


an elderly invalid now incapable of directing an army in the field, but with sufficient spirit to prevent any other officer from exercising proper command in his place. 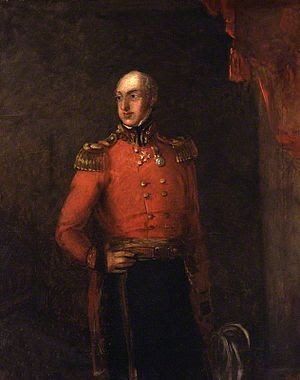 Elphinstone had last seen action in 1815 at Waterloo only returning to active service in 1837 in order to pay off debts.  He had no liking for India or Indians though his uncle, Mountstuart Elphinstone, led the first British Embassy to Afghanistan in 1809.  Mountstuart had been skeptical from the start about the Afghan expedition writing to the Viceroy of India:


If you send 27,000 men up the Bolan Pass to Candahar (as we hear is intended) and can feed them, I have no doubt you will take Candahar and Cabul and set up Shuja.  But for maintaining him in a poor, cold, strong and remote country, among a turbulent people like the Afghans, I own it seems to me hopeless.

Serious trouble arrived on November 2, 1841 when a mob stormed the Kabul residence of Sir Alexander Burns, a senior British political officer, who had been warned by another prominent Afghan "you have brought an army into the country.  But how do you propose to take it out again?", murdering him along with several of his staff.  Elphinstone and Macnaghten, who had ignored the warning signs, reacted irresolutely which encouraged a general Afghan rising. 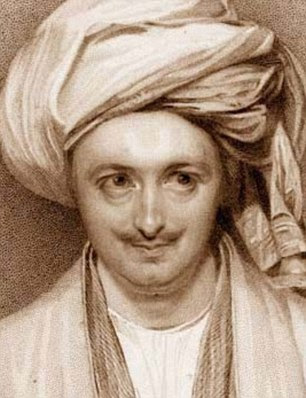 (Alexander Burns from the Daily Mail)

Over the next few weeks the British were besieged in the their camp outside the city walls and with dwindling supplies.

The crisis point came on December 23 when Macnaghten was persuaded to attend a meeting with the Afghan rebels to discuss how to resolve the situation and was promptly murdered.  Once again, the British forces failed to react aggressively further heartening the rebels.

Short of supplies and with morale falling General Elphinstone agreed on January 6, 1842 to evacuate Kabul under a promise of safe passage by the rebels.  The retreating army would have to march through narrow mountain passes covered with snow with no supplies available along the route until reaching Jalalabad, 95 miles away. In order to clinch the deal, Elphinstone agreed to leave several officers and their families hostage with the rebels. 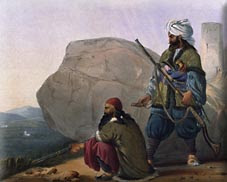 There is a very good interactive map of the retreat (not viewable on mobile devices).  And for a very entertaining, albeit fictional, account of the harrowing siege and catastrophic retreat, read Flashman by George MacDonald Fraser, the purported memoir of the caddish, cynical and cowardly rogue Sir Harry Flashman.

The retreat was a nightmare from the start.  Rebel attacks began as soon as the the march started.  Many in the retreating column were killed both long-range rifle fire from cliffs overlooking the passes as well as by close-in attacks while even more perished from cold and exhaustion.  Strangely, on three different days the rebel leader, Akbar Khan, approached the British to make further demands to guarantee their passage.  Each time more officers and their remaining families were taken hostage, including on January 11, General Elphinstone himself. By the following day only a few hundred of the original 16,500 were left.  The end came on January 13 when,  at Gandamak, the last group of 65, mostly British, soldiers were surrounded.  Most died making a last stand but the senior officer, Captain Souter was taken captive along with two other men, while six mounted men, including Dr Brydon, escaped, though five were hunted down and killed leaving Brydon as the lone survivor after a desperate ride that he barely survived.  According to Wikipedia:


Part of his skull had been sheared off by an Afghan sword and he survived only because he had stuffed a copy of Blackwood's Magazine into his hat to fight the intense cold weather. The magazine took most of the blow, saving the doctor's life.

Brydon's arrival was noted in the diary of Captain Julian Brockman Backhouse:


Yesterday it had been impossible to write the horrible news of the day, and my soul is now filled with anguish at the melancholy catastrophe which has overtaken the Cabool Force --- all are lost --- the force is annihilated to a man --- Yesterday, about 1 P.M., Brydon, an Assistant Surgeon of the Shah's Service, reached this place, (on a horse scarcely able to move another yard) wounded and bruised from head to foot with stones, and he, alone, has arrived to tell the fearful tale. 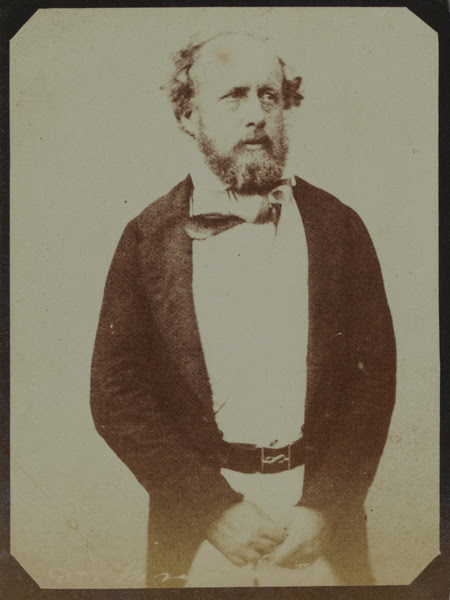 (Dr Brydon in the early 1850s from gutenberg.org)

A week later, Backhouse took down Brydon's report of the retreat which you can find here.  Backhouse added his own conclusion, one that is hard to argue with:


Time will, doubtless, reveal the true History of all that took place at Cabool at present, we, at least, know, for certain, that, a most blind confidence, totally unwarranted, brought about the danger, and, that, imbecility, unprecedented, completed the catastrophe.

Jalalabad was besieged by an Afghan army until relieved in April 1842.  That fall another British army invaded Afghanistan, capturing Kabul and installed its selected candidate to rule the country -  the same ruler they deposed in 1839!  Having made their point, and learning a lesson from the last invasion, the British declared victory and then promptly withdrew, not reentering Afghanistan for another four decades.

Though Brydon was the first survivor to reach Jalalabad he was not the only survivor of the retreat.  Over the next few days a number of Indian sepoys reached the town and when the British returned to Kabul later that year they freed 115 captives; British officers, staff and family who had survived being held hostage.  General Elphinstone was not one of the them, dying in captivity in April 1842.

To get more of a flavor of 19th century Afghanistan watch a very enjoyable film, The Man Who Would Be King, starring Sean Connery and Michael Caine with Christopher Plummer as Rudyard Kipling.  John Huston directed the adventurous tale.
Dr Brydon returned to his military surgeon duties serving in the Second Burmese War (1852).  In 1857 he was caught up in the turmoil of the India Mutiny which briefly threatened British rule.  As part of the besieged garrison in Lucknow, he provide medical assistance and was badly wounded in the thigh.  Though unsucessful, the Mutiny resulted in India being transferred from the East India Company to direct rule by Queen Victoria.

William Brydon retired and returned to his native Scotland where he died in 1873.