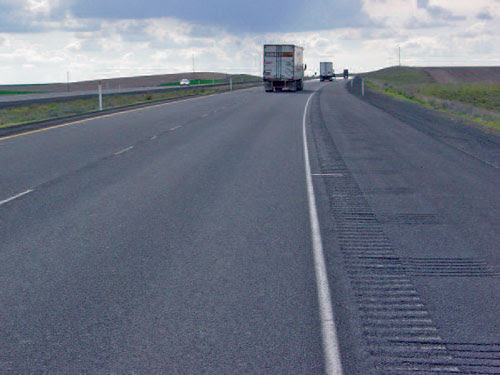 We take it for granted but it revolutionized our world as much as the telephone, TV, and the internet.  Asphalt pavement (also known as blacktop, macadam and tarmac) converted road travel from dreadful prolonged misery on hot, dusty, rutted byways that could be quickly transformed by foul weather into muddy bogs to a solid, reliable all-weather surface that could stand up to heavy traffic, providing a stable and faster path for bicycles and motor vehicles.  Two Americans played an important role in its creation, Edmund De Smedt and Nathan B Abbott.

Unlike the previous people featured in the Forgotten American series there is not a lot of biographical information on either.  THC has not discovered any photos of De Smedt or Abbott, nor any personal details of their lives.  What he has discovered can be briefly summed:

Edmund De Smedt was a Belgian born chemist who emigrated to the United States in 1861 and became a Professor in the Engineering Department at Columbia University.  When he was born and died remains unknown to THC.

Before we come to Prof. De Smedt and Mr Abbott's accomplishments, let's go back a bit.

Asphalt or bitumen is a sticky, black and highly viscous liquid or semi-solid form of petroleum with properties recognized by humans for several thousand years being used for sealing, caulking and mortaring in the ancient Middle East, particularly in Babylonia though not in road-building.

In the ancient road the master road builders were the Romans who constructed a 50,000 mile network of well-engineered and drained, stoned paved roads across Europe, North Africa and the Near East.
With the end of the Western Roman Empire and the erosion of the Eastern Empire these roads went into decline and Medieval Europe returned to a primitive road network.  Road conditions were so bad that even as late as 1700, traveling from London to York in England took longer than it had fifteen centuries before. 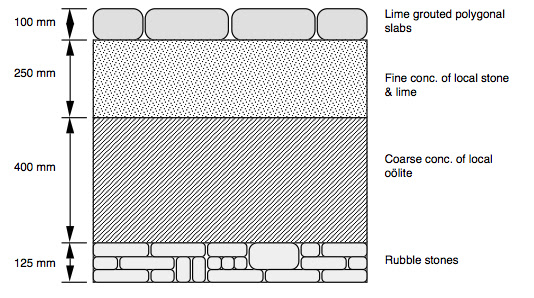 (Roman Road)
Starting in the latter part of the 18th century three English and Scottish engineers developed the basic design of modern roads; John Metcalf (who was blind), Thomas Telford and John McAdam.  They came up with their own variants regarding grading, drainage and broken stone paving in a system called "macadam" (you can draw the connection) while McAdam developed a system of using broken stone mixed with hot tar for bonding called "tarmacadam" (first laid in Nottingham in 1848).

The first asphalt roads were actually built in France though depending on the source it was either in 1824 along the Champs Elysees or in 1835 at the Place de la Concorde or in 1854 somewhere in Paris and England began using it shortly thereafter.

In the United States new road building technique were only slowly adopted.  The first macadam style road was portions of the National Pike constructed across Maryland and Pennsylvania in the 1820s and 1830s.  During the Civil War (1861-65) Union and Confederate armies were dependent on the narrow, dirt roads and we read of the constant problems with moving troops, artillery, horses, and supplies with any wet weather slowing progress to a crawl.

It was Professor De Smedt who invented the first modern type of asphalt in the U.S filing his patent application for "Improvemnt in Laying Asphalt or Concrete Pavement or Roads" on May 31, 1870.  In an 1879 article in Paving and Municipal Engineering entitled "The Origins of American Asphalt Pavement" De Smedt wrote of his pioneering work:


In the year 1869-70 my attention was drawn to the subject of concrete pavements, and my efforts were directed toward finding a composition that should be equal to the natural rocks of the Val-de-Travers and Seysel [both in France] for paving purposes, and that should rival those materials, at least in cheapness.  In the course of my experiments I conceived of the combination of silicious sand or pulverized carbonate of lime, mixed or each separate, cemented together by Trinidad asphalt, or any other suitable asphalt, the latter being first tempered with heavy petroleum oils or the residuum of the distillation of those oils.

De Smedt began laying down the first asphalt pavement in the United States in front of the City Hall in Newark, New Jersey on July 29, 1870.  The application, using bitumen from West Virgina, was not a success.  A second attempt in 1872 using a reformulation was successful on Battery Park and 5th Avenue in Manhattan.  Finally in 1876 De Smedt's company won the contract to pave Pennsylvania Avenue in Washington DC as part of the city's preparations for the nation's centennial.  This application, using high-grade bitumen from Trinidad, was a great success.

The significance of De Smedt's contribution was acknowledged in Water And Sewage Works, Volumes 38-39 (1910):


So many failures of coal tar pavements had been made that the successes were overlooked and the De Smedt successful experiments led to the adoption of his pavements by the authorities at Washington, and from Washington the asphalt pavement industry, as it has been known, spread all over the country.

We know less of Nathan B Abbott except that he filed the first patent applications for the manufacture of hot mix asphalt in 1871 while he resided in Brooklyn.  As best THC can understand it, the De Smedt patent describes the critical composition aspects for asphalt while the Abbott patent is more focused on the actual manufacturing process.  THC has been unable to find the original Abbott patent but has found some from later years here, here and here.

The larger cities were the first to adopt the new pavement as it immediately reduced the chaos and dirt of city streets while simplifying maintenance.  Asphalt amazed travelers.  One such astonished traveler was Laura Ingalls Wilder, author of Little House on the Prairie, who remembered traveling in a wagon with her parents as they passed through Topeka, Kansas in 1894.


"In the very midst of the city, the ground was covered by some dark stuff that silenced all the wheels and muffled the sound of hoofs.  It was like tar, but Papa was sure it was not tar, and it was something like rubber, but it could not be rubber because rubber cost too much.  We saw ladies all in silks and carrying ruffled parasols, walking with their escorts across the street.  Their heels dented the street, and while we watched, these dents slowly filled up and smoothed themselves out.  It was as if that stuff were alive.  It was like magic."

A further boost to the use of asphalt in its early days was the explosion of interest in bicycling in the late 1800s which triggered the Good Roads Movement creating pressure for municipalities to improve road quality (for more see The Lincoln Highway).

Today 94% of America's roads are covered with asphalt pavement.