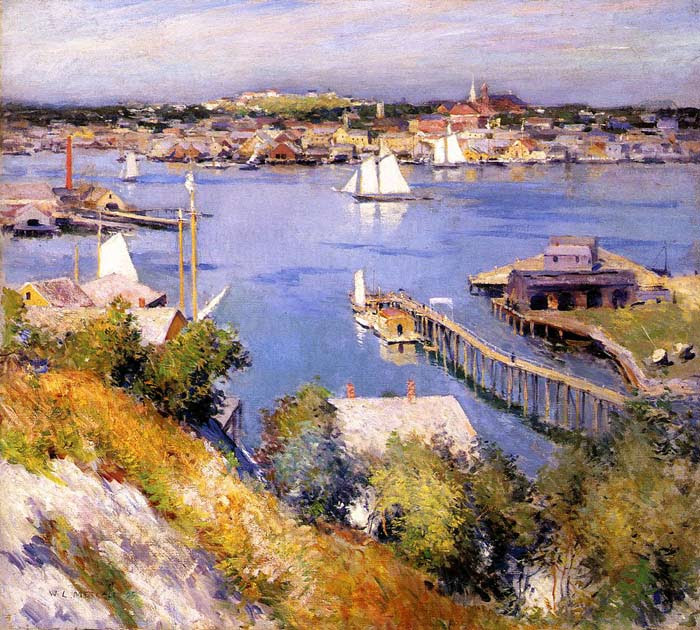 An American artist who THC had never heard of until recently (thanks to Ace of Spades!).  Metcalf (1858-1925) was born in Lowell, Massachusetts and spent most of his life in New England and New York, with the exception of five years in Europe during the 1880s (along with a side trip to Algeria and Tunisia.

Considered an American impressionist, he is also known for his New England landscape paintings and was called the poet laureate of the New England hills.