Heinlein & Clarke On The Moon Landing

The THC Son alerted me to this delightful video from July 20, 1969, the day Apollo 11 landed on the Moon and Neil Armstrong and Buzz Aldrin stepped on to its surface.  I remember watching Walter Cronkite on CBS that day and Armstrong's first footstep.  What I had forgotten was that before and after that step, Cronkite was speaking with Robert A Heinlein (1907-88) and Arthur C Clarke (1917-2008), two of the world's greatest science fiction writers and favorites of mine.  I can't embed the video, but you can find it here.

Heinlein began writing in the 1930s and it was his juvenile sci-fi series in the 1950s that drew me in.  Looking back they were surprisingly sophisticated for young folks and unusually for that time featured strong women, African American, Hispanic and Asian characters.  In 1959 he published Starship Troopers which was so controversial his regular published rejected it (I thought it was amazing!) and later wrote novels such as Stranger In A Strange Land and The Moon Is A Harsh Mistress. 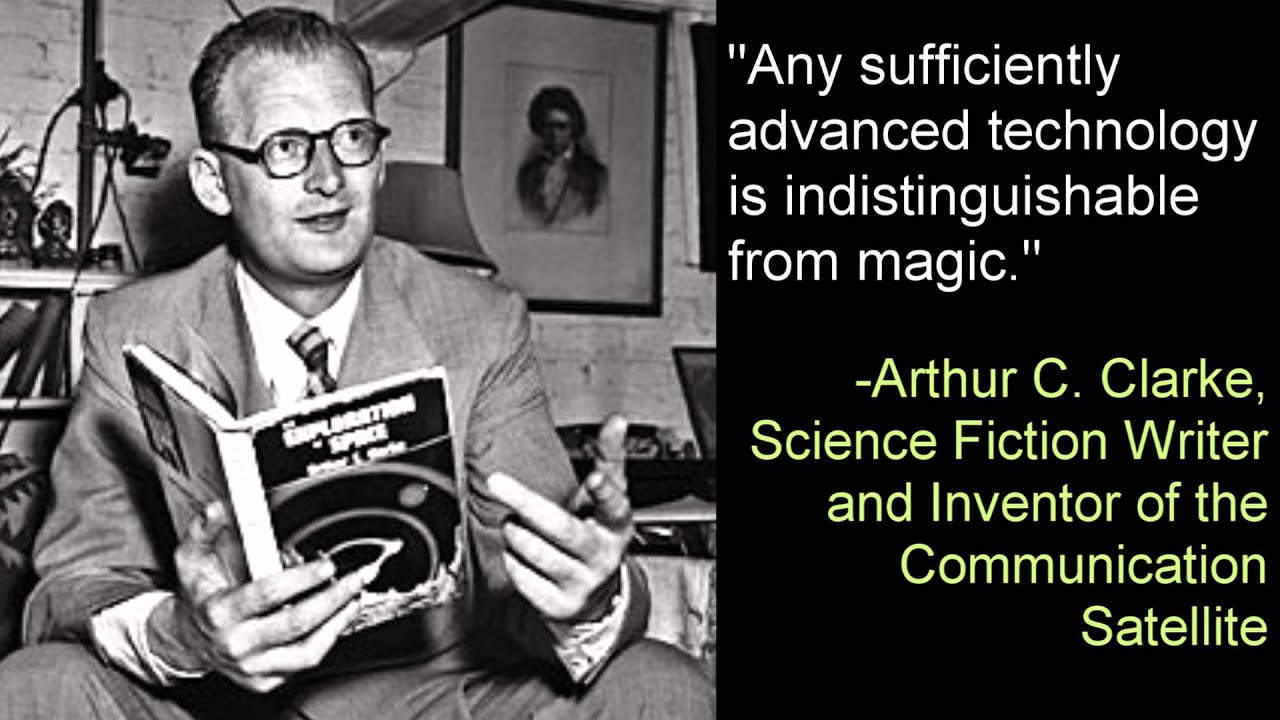 Arthur C Clarke is best known for 2001: A Space Odessey and visionary books like Childhood's End.  A scientist, Clarke was the first (in 1945) to publish a plan for the launching of geosynchronous orbiting satellites, which became the basis for today's global communication system.  Heinlein and Clark were friends, visiting each other in America and Ceylon (Clarke's longtime home).

What comes through in the video is the strong sense of optimism by Heinlein, Clarke as well as Cronkite.  Heinlein refers to the moon landing as "the happiest day of my life" and "the greatest event in all the history of the human race". They all saw this as just a first step to be quickly followed up.  Clarke predicts "the first baby will be born off the Earth before the end of the century" and says "there is a feeling this is where we belong".

Heinlein sums it up:


"We are going to all the planets and out to the stars . . . it doesn't matter whether it's yellow, black, brown, green, Chinese, Russian or American, it's the human race, they're going there and nothing can stop it".

All of them bemoan "defeatist attitudes" of some of the young folk in America and express hope that this will improve morale.  Near the end, Heinlein advocates getting women into space as soon as possible saying "It does not take a man to run a spaceship".