We've written quite a bit about the extent of the Roman Empire at its peak, stretching thousands of miles from Scotland to Arabia, Morocco to Armenia and from the Netherlands to the border of The Sudan.  One of the remotest outposts is at Madain Saleh in Saudia Arabia.  Along with Jawf in the Jordanian desert near the Saudi border, a third of the way between the Jordan River and the Persian Gulf, Madain Saleh was lightly garrisoned to control trade connecting southern Arabia with the Mediterranean coastal provinces of Rome.

Before its incorporation into the Roman Empire in 106 AD, Madain (known as Hegra in those days) was the southernmost settlement of the Nabatean Kingdom, which was centered around the headwaters of the Gulf of Aqaba and is best known for its capital of Petra (see the end of Indiana Jones and the Last Crusade or Visiting Petra for a nice view of the place).

Most of the ruins date from the time of the Nabatean Kingdom, although in 2003 a Roman epigraph was found dating from the second century AD during the reign of Marcus Aurelius (161-80), the Emperor portrayed in the early scenes of the movie Gladiator (see, The Real Maximus). 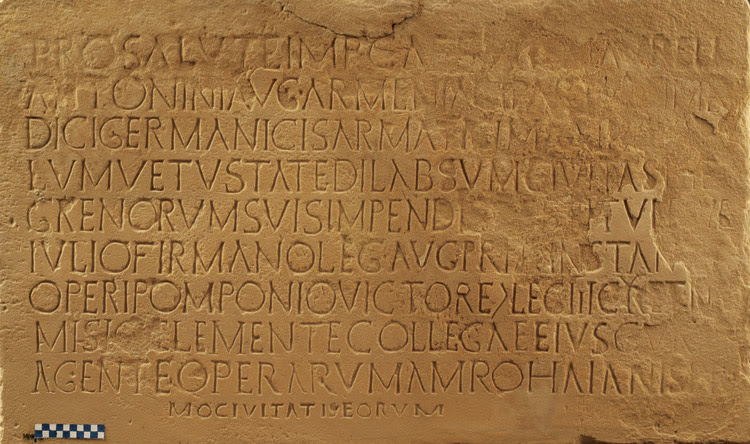 
“For the welfare of Emperor Caesar Marcus Aurelius Antoninus Augustus Armeniacus Parthicus Medicus Germanicus Sarmaticus Maximus, the community of the Hegreni restored the wall, destroyed by the passage of time, at its own expense, under the governorship of Iulis Firmanus, legate of the emperor with the rank of praetor; the work being arranged by Pomponius Victor, centurion of Legion III Cyrenaica, and his colleague, Numisius Clemens, and construction being supervised by Amrus, son of Haian, the headman of their community.”

Here, more than 2000 miles from Rome, a centurion was overseeing the repair of a wall around the ancient town.  The distance is even more impressive in light of the slowness of travel and communication in the second century.  It is astonishing the empire remained intact for as long as it did.

An even more recently discovered inscription surprisingly showed Roman occupation of the Forasan Islands at the south end of the Red Sea, near Aden and more than 1,200 miles from Alexandria in Egypt. 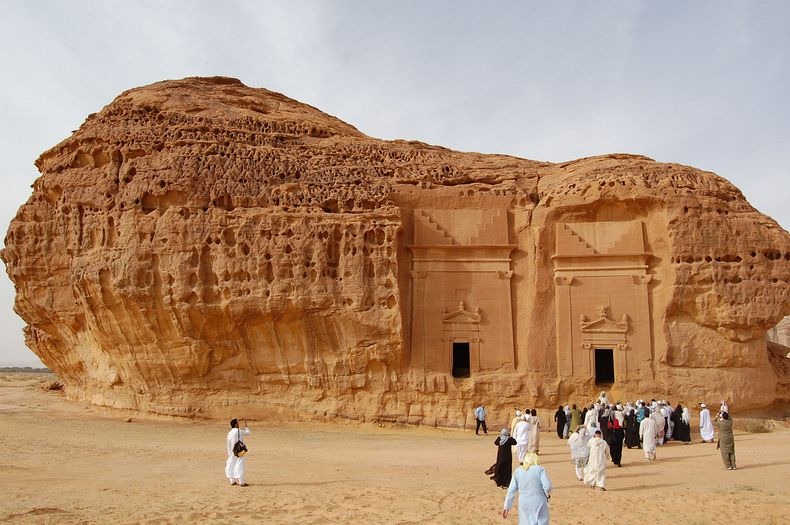 (From amusing planet)
Posted by Mark Stoler at 7:00 PM