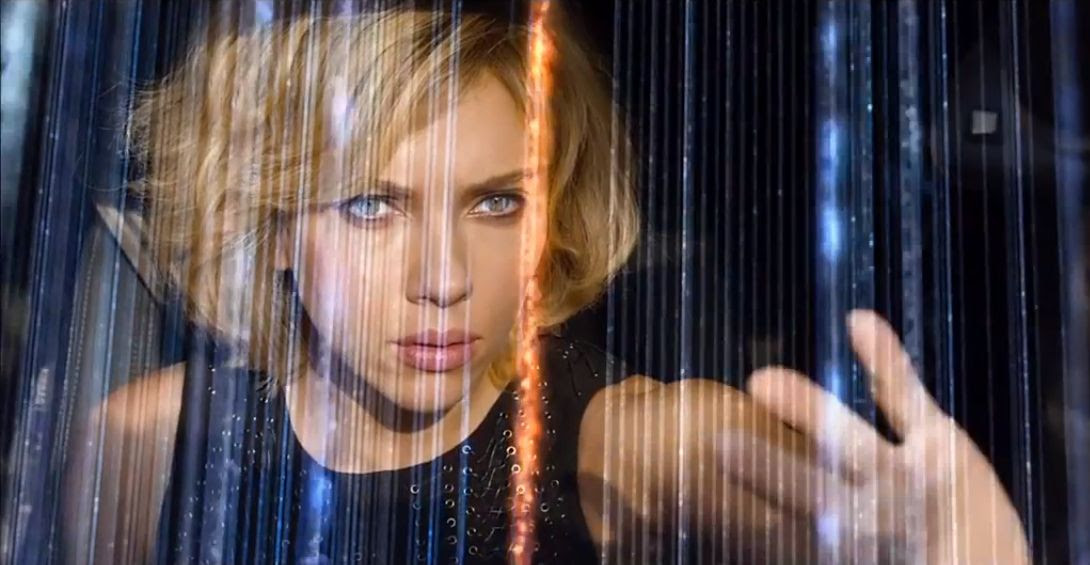 We've all heard it said that humans use only 10% of their brain capacity.  So what happens when a human unlocks their brain and accesses 20%, 50%, even 100% of its capabilities?  Well, when it's Luc Besson making a movie about it you get a ridiculous, but ridiculously entertaining film that only requires the use of 1% of your brain to enjoy.  It's a delirious pastiche of Korean gangsters from Taiwan or maybe Korean speaking Taiwanese gangsters (it really doesn't matter, it's a Luc Besson movie), Morgan Freeman delivering gobs of exposition, an ape that wandered in from 2001, a little dose of The Matrix and a big dollop from Watchmen, unshowered French cops and car chases in Paris, and lots of shooting and bleeding all packed into a brisk 90 minutes which thankfully prevents you from thinking too deeply about what you are seeing though the filmmaker is striving for profundity.  Plus, we get to watch the awesomeness of Scarlett Johansson becoming the first human being to attain total consciousness (with apologies to The Buddha) and to see her use less eye makeup as her brain utilization increases.

It should be no surprise that Luc Besson created this eye popping, fast paced silly goulash.  Best known for directing La Femme Nikita, The Professional and The Fifth Element and for the screenplays and production of the action series Taken (starring Liam Nesson) and The Transporter (featuring Jason Statham) Besson's creative range varies from visually striking, ridiculous, silly, brainless and entertaining to visually striking, ridiculous, silly, brainless and nothing more.

THC consulted with the Official THC Science Advisor (aka The THC Son), who works in the field of bioinformatics and genomics and accompanied us to the film, to seek his expert opinion regarding its scientific accuracy.  He has advised us that the sequence below best reflects his learned analysis of the content of Lucy: 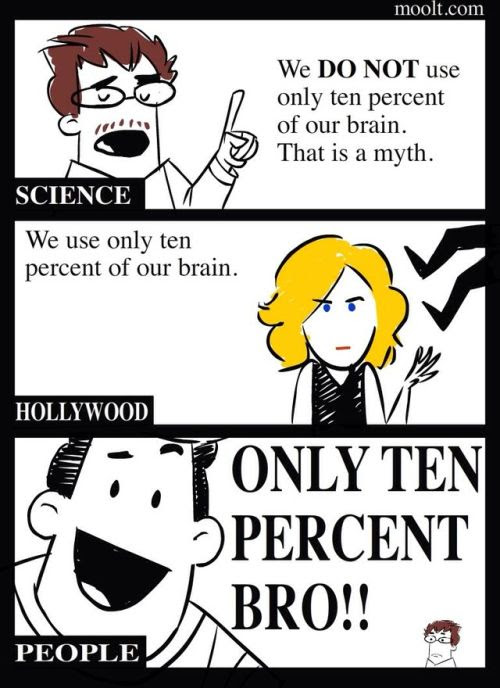 (from tastefullyoffensive.com)
Posted by Mark Stoler at 5:00 AM