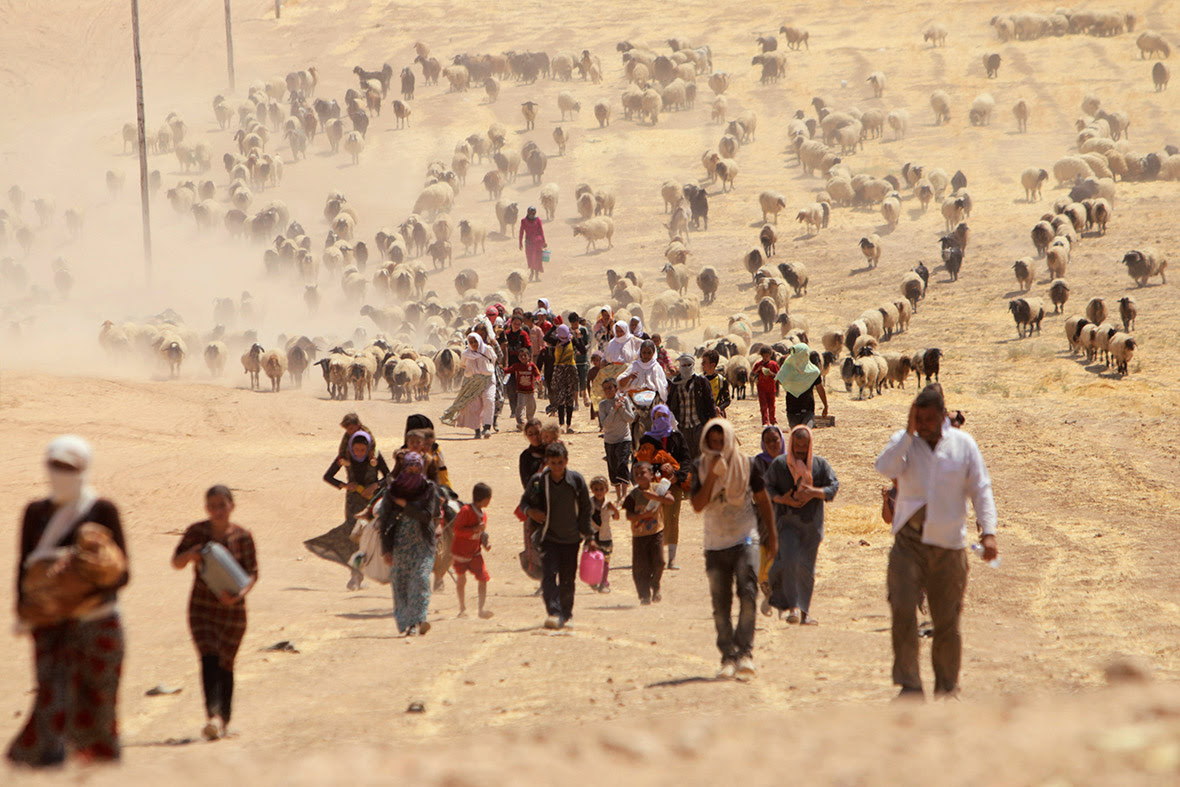 Hearing in the past few days about the terrible plight of the Yazidis threatened with extinction by the crazies of the newly reconstituted Islamic Caliphate there have been numerous references to their seeking refuge by fleeing to Mount Sinjar which is the same Jebel Sinjar (and its neighboring city of Singara) that were once the frontier of the Roman Empire in Mesopotamia from 197AD to 363AD, yet another example of the enormous geographical reach of Rome.

The area was seized by the Emperor Septimius Severus during his campaigns of 197-8 AD against the Parthian Empire at the end of the second century AD becoming part of the new province of Mesopotamia which advanced Rome's borders to the Tigris River.

To protect the province Severus recruited a new legion, I Parthica, based on the city of Singara, and directed creation of a new defensive line the center of which was on the Jebel Sinjar (Mount of Sinjar) a highland about 70 miles long and more than 4,000 feet at its highest.  Additional outposts and fortifications were erected to protect the Roman positions which are shown in the map below taken from The Reach Of Rome by Derek Williams, a well-written study of the growth of the empire's frontiers and the strategies by which they were secured. 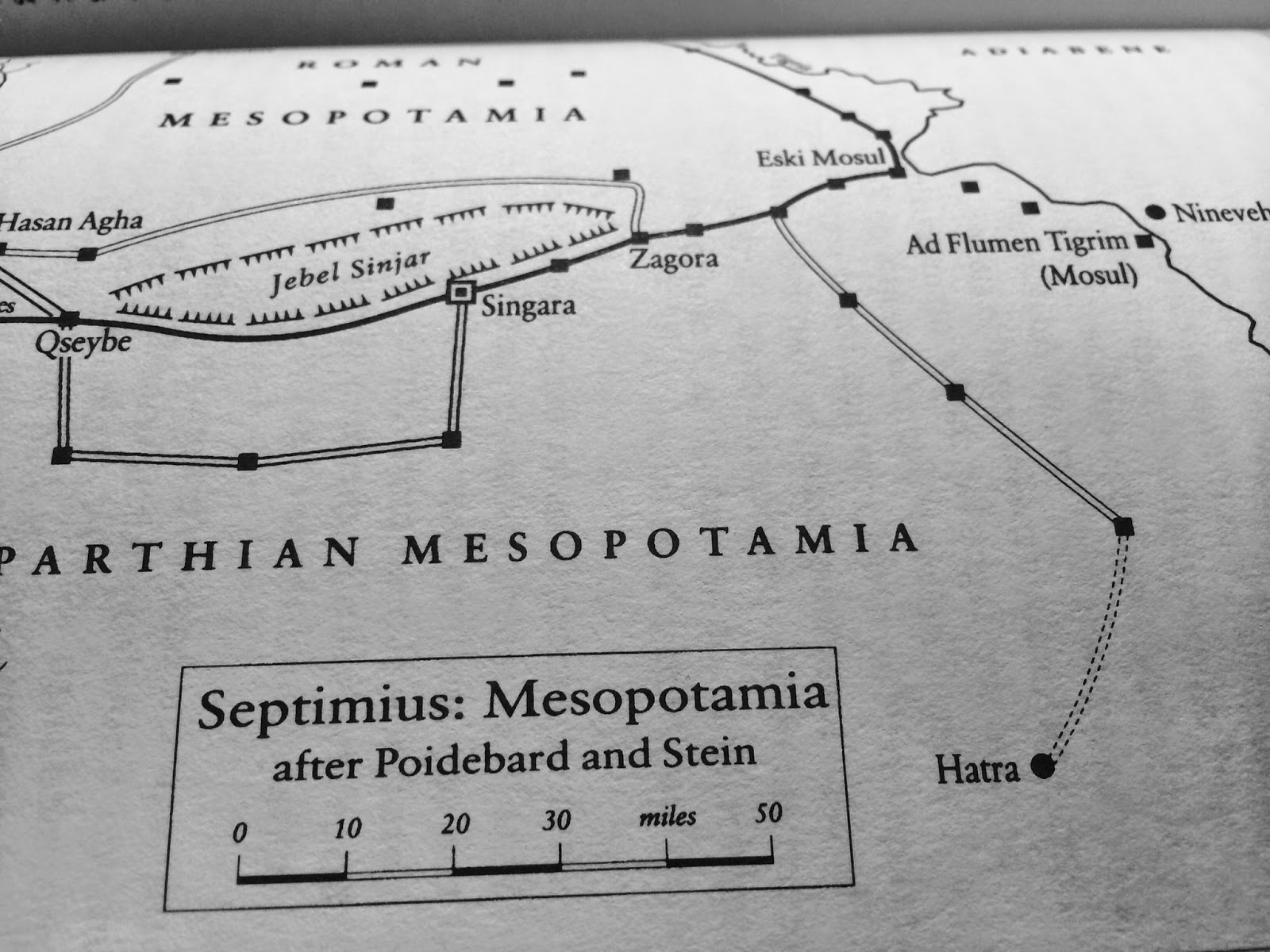 Most of the frontier (or limes as the Romans referred to it) was identified in two aerial surveys, the first by Pere Poidebard in 1925 and the second by Sir Aurel Stein in 1938.  Poidebard (1878-1955) was a French Jesuit who taught in Beirut and became fascinated by the ancient ruins of the Middle East and convinced that utilizing small aircraft he could see landmarks better than from the ground.

(Poidebard from usj.edu)  Stein (1862-1943) is one of the classic characters of the age of  exploration.  Born in Budapest he spent many years in China before accepting a post in British India (and becoming a British citizen in 1904) from where he led several expeditions into Central Asia and China.  Learning of Poidebard's research he contacted him and was inspired to launch his own aerial survey starting in British ruled Iraq.  After years of struggle he finally convinced authorities to loan him a small open biplane from which he conducted a 700 mile survey of the Roman frontier from the Gulf of Aqaba in modern day Israel and Jordan to northern Iraq, following some of his observations with ground visits.  Williams writes:

Stein, now seventy-seven, was flying in open cockpits, bouncing in unsuitable vehicles over unspeakable surfaces and sleeping out in the freezing desert nights. 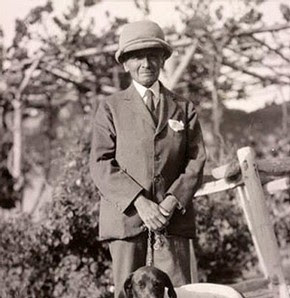 (Sir Aurel Stein from Victoria & Albert Museum)
Stein was still exploring at the age of 80 when he died on an expedition in Afghanistan. Through a series of mishaps most of Stein's aerials except for some of those of Iraq were lost and his full report was thought lost until it was rediscovered in the late 1970s.

While the Singara area represents Rome's furthest eastern extent, the Empire's bounds to the southeast in Mesopotamia went even further.  In the same campaign in which he captured Singara, Severus also conquered the town of Dura Europus on the Euphrates and stationed a large garrison there.  The Romans located several smaller garrisons further downriver with the final outpost at Bijan, 1,900 miles from Rome and only 125 miles from Baghdad.

Dura Europus provides a unique window into a Roman town of that time because in 256AD the Persian King Shapur captured and destroyed the city which was then abandoned until rediscovered in 1918.  Excavations since have found a treasure trove of documents, artifacts, inscriptions and decorations which document a thriving site with a mixed Roman, Greek, Syrian, Jewish and Persian population.  Among the finds are the paperwork of the military garrison, military equipment and the remains of a Jewish synagogue.  This map, taken from the Atlas Of The Roman World by Tim Cornell and John Matthews shows the location of Dura and its geographical relationship to Singara. 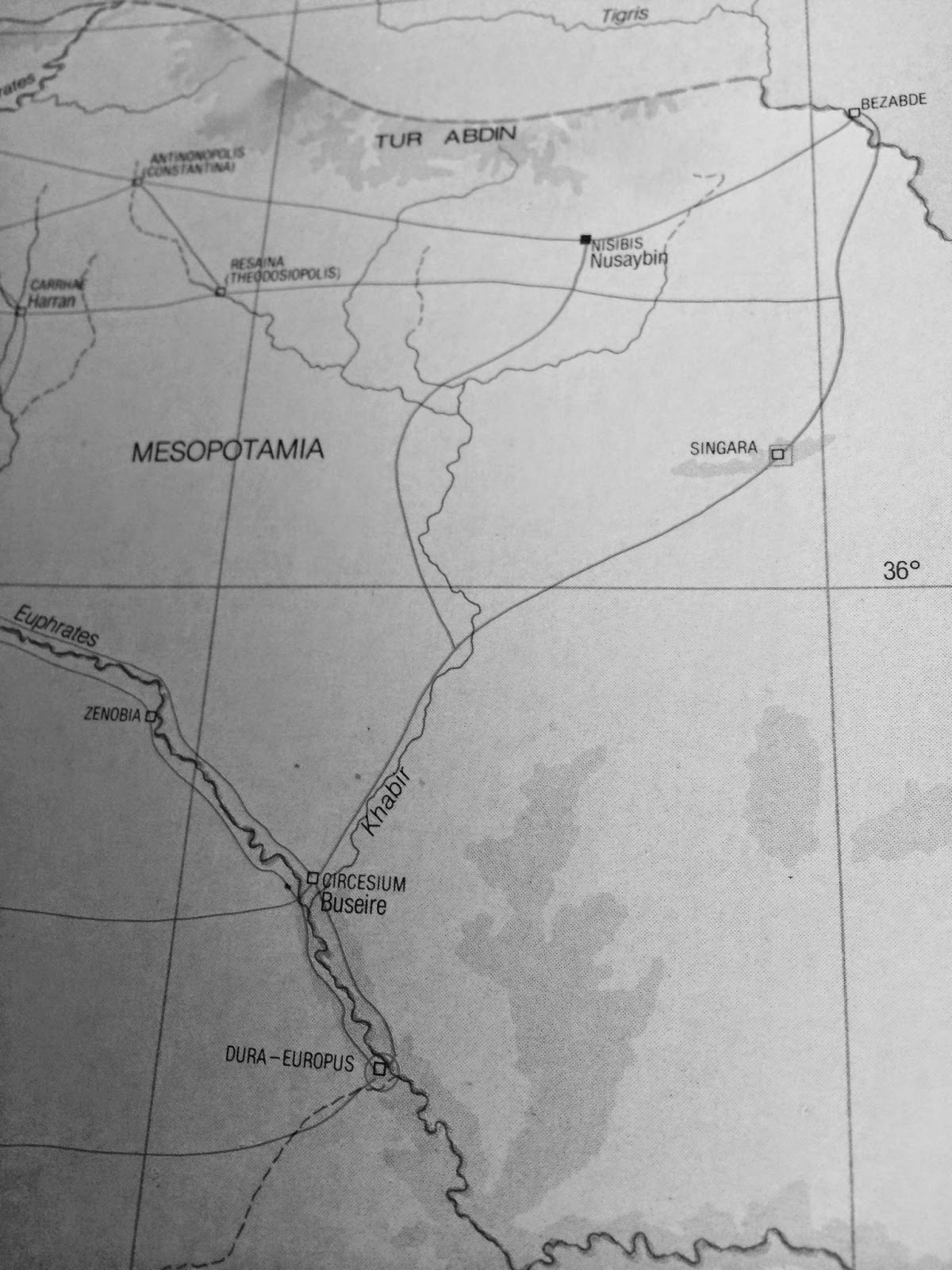 Over its history northern Mesopotamia has played host to a multitude of sects and religions. In the last two millennium that includes Orthodox and Nestorian Christians, Sunnis and Shiites, Zoroastrians, Jews and the Yazidis among others.
Posted by Mark Stoler at 5:00 AM