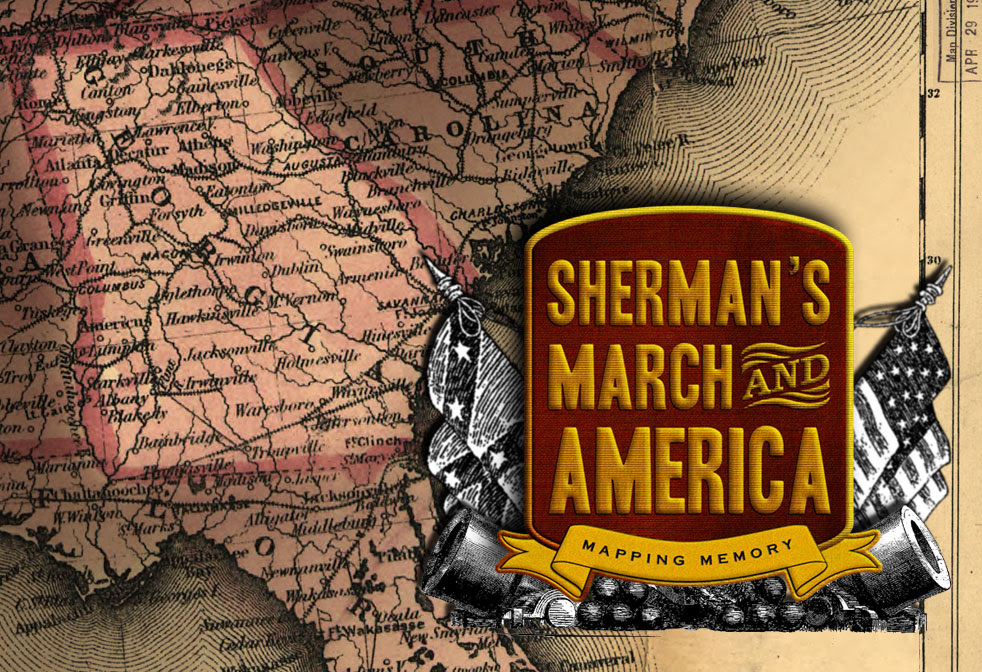 The last time we caught up with William Tecumseh Sherman he'd just sent a letter to the Mayor of Atlanta explaining why he was forcing civilians to evacuate the city.

On November 15 1864 General Sherman and his army left Atlanta on their March To The Sea, arriving in Savannah on the Atlantic Coast on December 21.  His goal: destruction of the South's economy and forcefully driving home to the civilian population the cost of continuing the war.

In late January 1865, Sherman restarted his destructive march, advancing through South Carolina, where he unleashed even more havoc than in Georgia, and into North Carolina where he accepted the surrender of Confederate forces in mid-April.

Anne Sarah Rubin has just published an account of that long march, Through The Heart Of Dixie: Sherman's March And American Memory along with a new website on which you can follow Sherman's march day by day using the accounts of Federal and Confederate soldiers, civilians and slaves.  Take a look.
Posted by Mark Stoler at 11:00 AM