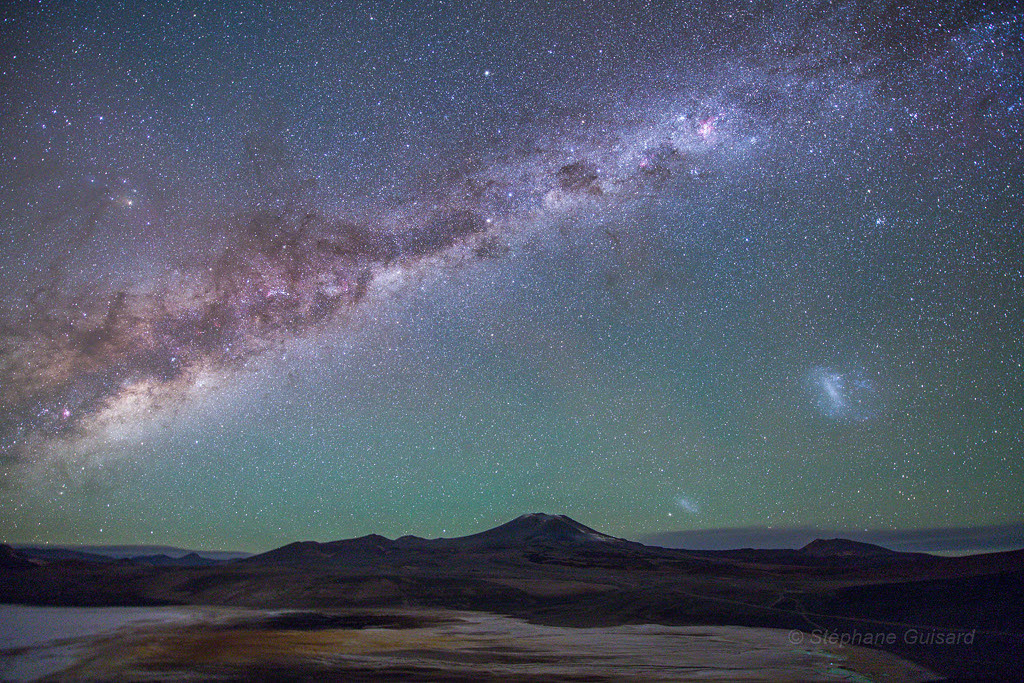 (Image from Astronomy Picture of Day)

Scientists have announced that the universe contains about two trillion galaxies, more than ten times the number previously estimated.

According to Scientific American, improvements made in 2009 to the Hubble Deep Field telescope enabled scientists to count galaxies as far as 13 billion light years away.  Researchers can still only directly observe about 10% of the galaxies but in two years, when the new James Webb Space Telescope is launched they will be able to peer much further back in time.

There is a caveat, however.  Because these observations are looks back in time, the current number of galaxies is considerably less than two trillion, because many will have merged into larger galaxy clusters over the billions of years.

Email ThisBlogThis!Share to TwitterShare to FacebookShare to Pinterest
Labels: Science