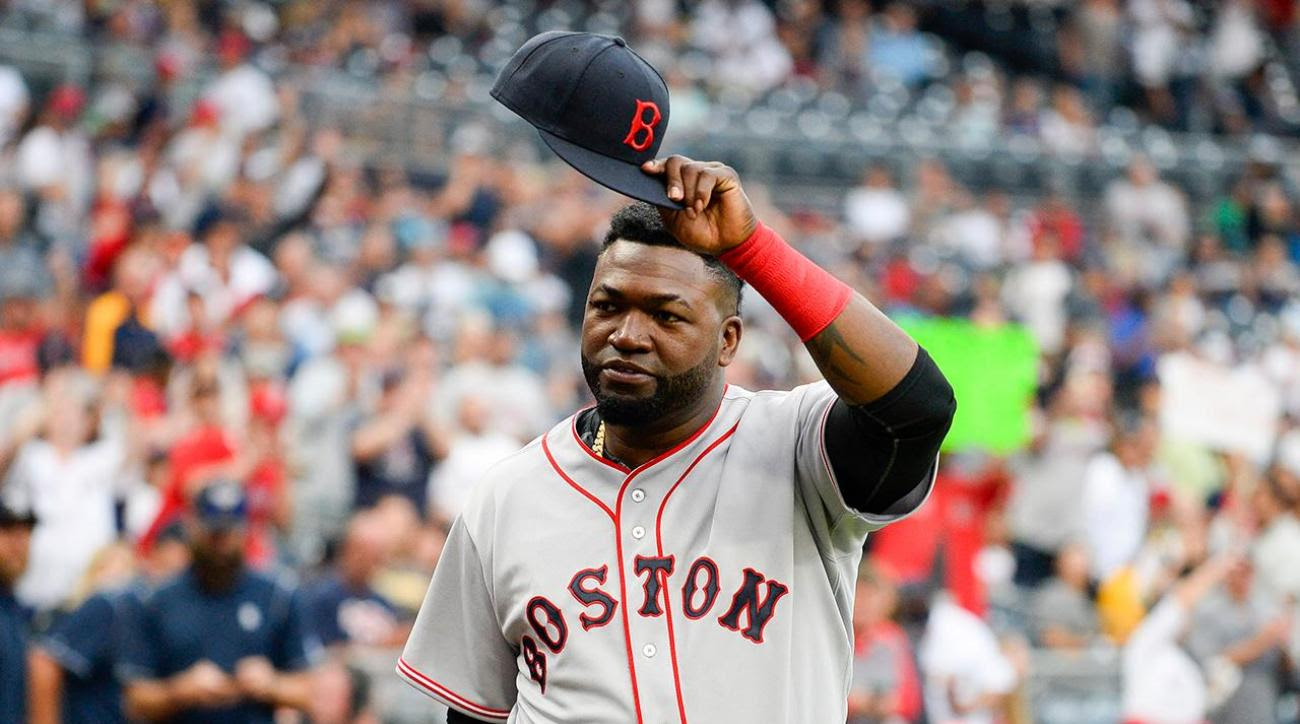 Yesterday afternoon the Missus and I were at Fenway Park for the last regular season game of David Ortiz, the most popular player in the history of the franchise.  In the hour long farewell ceremony:


The Mayor of Boston named a street after Big Papi

Not to be outdone, the Governor of Massachusetts named a bridge after Big Papi

The President of the Dominican Republic (Danilo Medina) showed up to throw the first pitch to - - - Big Papi, who was born in the Dominican and became a U.S. Citizen in 2011

Big Papi took a selfie with the President

Mary J Blige (Papi's favorite singer) sang The Star Spangled Banner, as well as One by U2.

Former teammates from the 2004, 2007 and 2013 champion teams walked out of the center field pavilion carrying the World Series trophies to join Big Papi

Manny Ramirez managed to remember to show up

It was emotionally exhausting (video of his speech is here).  And there was a game afterwards.  Turned out to be a pretty good one.  Now, on to the playoffs.

All through the year, I feared Papi would tail off from his amazing start.  While it did to a minor degree, he never plunged into the lengthy slump many of us anticipated.  He led the American League in doubles, RBI, slugging, on base + slugging, intentional walks and extra base hits, along with finishing 6th in batting average, 3rd in on-base percentage and 8th in homers and walks.  It was his best season since 2007 and the best final season over the natural career arc of any major league ballplayer (Ted Williams had an incredible final season at age 42, but was only a part-time players, starting only 87 games with 390 plate appearances compared to 626 for Papi; another recent, and often forgotten, outstanding finale was for 39 year old Mike Mussina, who went 20-9 for the 2008 New York Yankees).  The only comparable final years were in careers cut short, Sandy Koufax's 1966 campaign, ended at age 30 by an arthritic elbow, and Shoeless Joe Jackson in 1920, terminated at age 32 by the Black Sox Scandal.


He hated playing for the Minnesota Twins who, he complained, tried to make him into a singles hitter and didn't want him taking big swings.  The Twins apparently didn't think much of him, releasing Ortiz in December 2002 at the age of 27, an incredible mistake in retrospect.

He gives Pedro Martinez credit for getting him to Boston (and gave him special mention in his farewell speech yesterday).  When Pedro learned Ortiz was released he called the Red Sox front office urging them to sign him, which they did despite misgivings.

The two people he singled out for helping him become a better hitter were Jason Varitek and Manny Ramirez.  In his first season with the Red Sox, Tek persuaded him to switch to a heavier bat which he said would make Papi use his wrists more and body less and give him more power.  Ortiz said it made an immediate difference.

From Manny, he learned how to have a plan for each at bat.  Despite his well-known eccentricities (like letting uncashed $50,000 pay checks sit in his locker), Manny has always had the reputation as a very smart hitter.

His major adjustment as he got older was to stop looking for inside pitches and concentrate on the outer half of the plate, feeling he could always handle the inside pitch.  He was right.

Along those lines, one of the things that jumps out is his recovery from what looked like a terminal decline in 2008 through 2010, to finish with such a strong kick over his final six seasons.  It looks like a key factor was his approach to controlling the strike zone.  In most cases, a batter's strikeouts increase as they get older and can't get around on the fastball anymore.  During 2009 and 2010 Papi was striking out in almost 24% of his plate appearances (PA), and during the early part of 2010, in 33% of his PA.  He clearly made some type of adjustment, and in 2011 struck out in less than 14% of his PA, maintaining that pace right through this year.

Papi from The Players' Tribune:


Boston is not just my team. Boston is my city. I consider myself a Bostonian, and it’s the thing I’m most proud of in the world.

For some wonderful pictures from throughout the career of David Ortiz go here.
Posted by Mark Stoler at 4:00 PM


It was a fine idea at the time
Now it's a brilliant mistake
- E Costello
You know, there's a philosopher who says, "As you live your life, it appears to be anarchy and chaos, and random events, smashing into each other and causing this situation or that situation, and then, this happens, and it's overwhelming, and it just looks like what in the world is going on. And later, when you look back at it, it looks like a finely crafted novel. But at the time, it don't".
- Joe Walsh