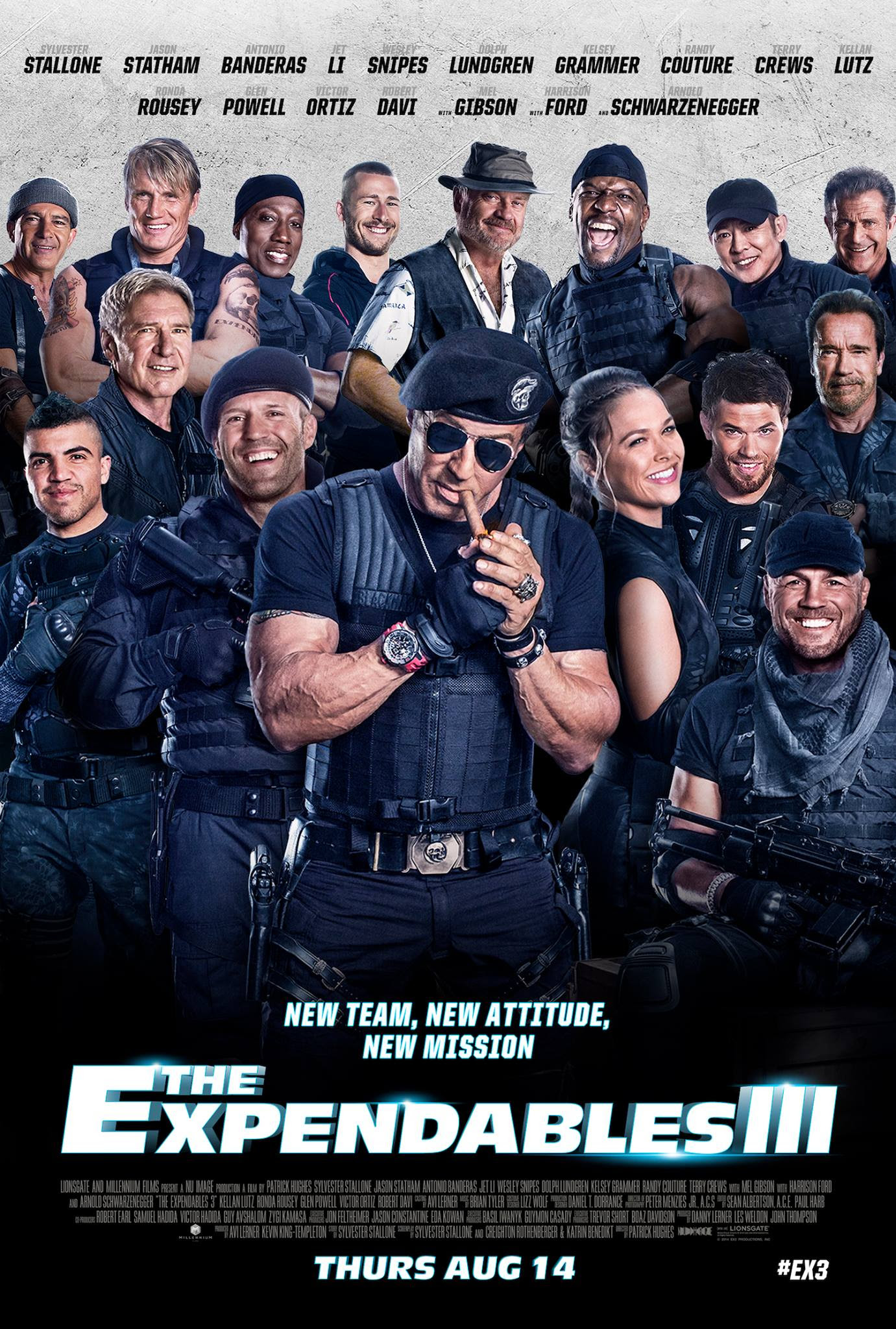 Our unanimous verdict: by far the best installment of The Expendables.

It's built on a sound foundation - ridiculously unrealistic action, lots of shooting and fighting and minimal dialogue (though the plot was a bit more coherent than the prior movies) and a rock-solid cast led by Sly Stallone (as Barney Ross) and his sidekick Jason Statham (Lee Christmas).  It's a good thing the dialogue remains minimal because Sly and Jason are still incomprehensible when they speak - and the subtitle of this post comes from them talking about themselves.  Backing them up the core of Expendables also return; Dolph Lundgren (Gunner Jensen), Randy Couture (Toll Road) and Terry Crews (Caesar).  Arnold Schwarzenegger returns as Trench, an ally of The Expendables and Jet Li (Yin Yang) is back but has transferred his allegiance from The Expendables to Trench.

What amps Expendables 3 up is the new cast and director.   Harrison Ford is Drummer, replacing Bruce Willis as the group's CIA liaison and clearly enjoying himself playing the role.  Wesley Snipes is perfect as a former Expendable who rejoins the team as a rival to Statham's character.  Snipes plays Doc, also known as The Knife Before Christmas (get it?).  Antonio Banderas is Galgo the garrulous, lovable and funny freelancer who persuades Stallone to let him join the team and Kelsey Grammer is hilarious as Bonaparte, the fixer who helps Sly find his new Expendables.

(Banderas)
Which brings us to the next generation of Expendables.  Joining the cast are Kellan Lutz as Smilee, Glen Powell as Thorn, Victor Ortiz (former WBC Welterweight Boxing Champion) as Mars and Ronda Rousey as Luna the obligatory girl they let into the movie who even has the same facial expression as Yu Nan who played the fighting girl in The Expendables 2 although, on second thought, Ronda may have fought her way into the cast since she's the first American woman to win an Olympic Medal in judo and currently the UFC's Women's Bantamweight Champion and the #1 ranked Mixed Martial Arts woman fighter in the world.  We look forward to seeing The Expendables 4 through 9 featuring the kids.
(The young Expendables) 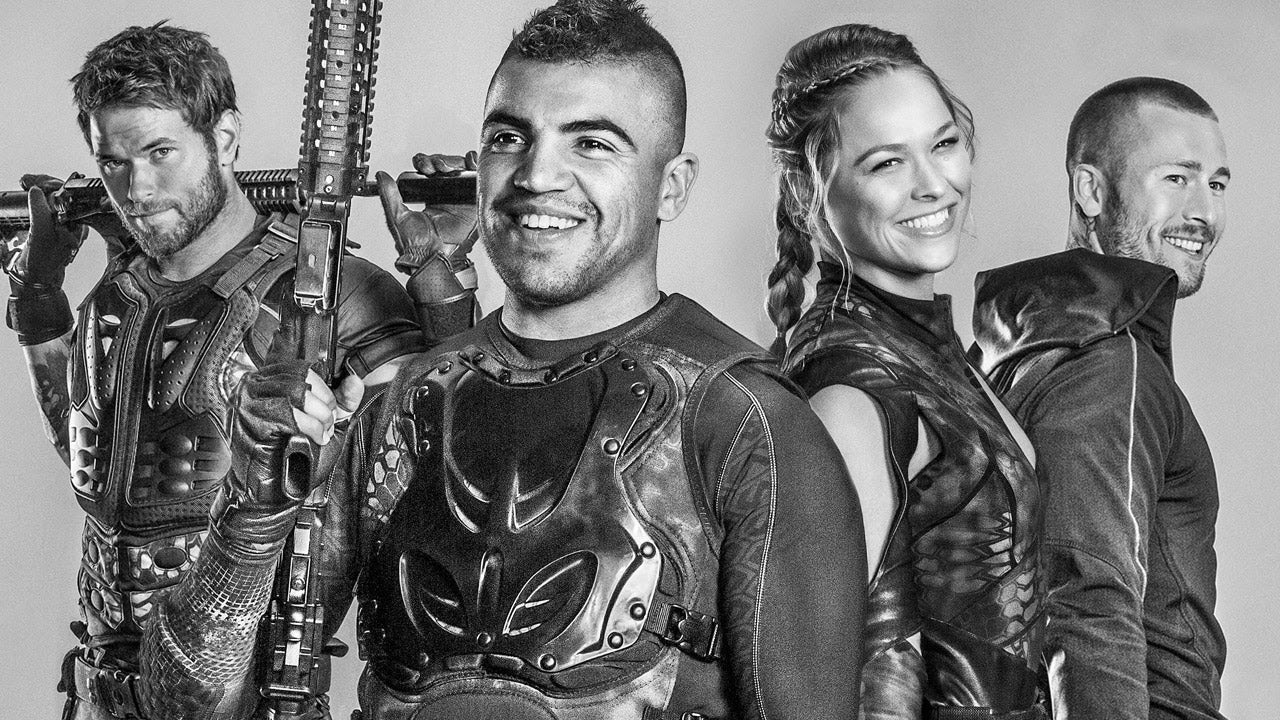 Best of all as a cast addition is Mel Gibson as Stonebanks, Sly's former colleague and now a renegade villain.  No one does intensely crazy (or is it crazily intense?) better than Mel Gibson which may be because that's how is really is in normal life and it adds a heft to the movie which previous villains could not deliver.

The movie is also the American debut for the young Australian director, Patrick Hughes and he delivers a better look to the film along with improved action sequences.  And the sets are great; it appears that the closing action sequence takes place in a war ravaged city in Chechnya 'cause THC doesn't know how you could build a set like that.

Our only disappointment is that unlike The Expendables 2 there was no amazing Chuck Norris cameo.

So go and enjoy yourselves but please don't take your 6-year old.  Last night a family sat directly in front of us with three small children.  We just don't get why you'd do that for a movie like this.
Posted by Mark Stoler at 4:30 PM