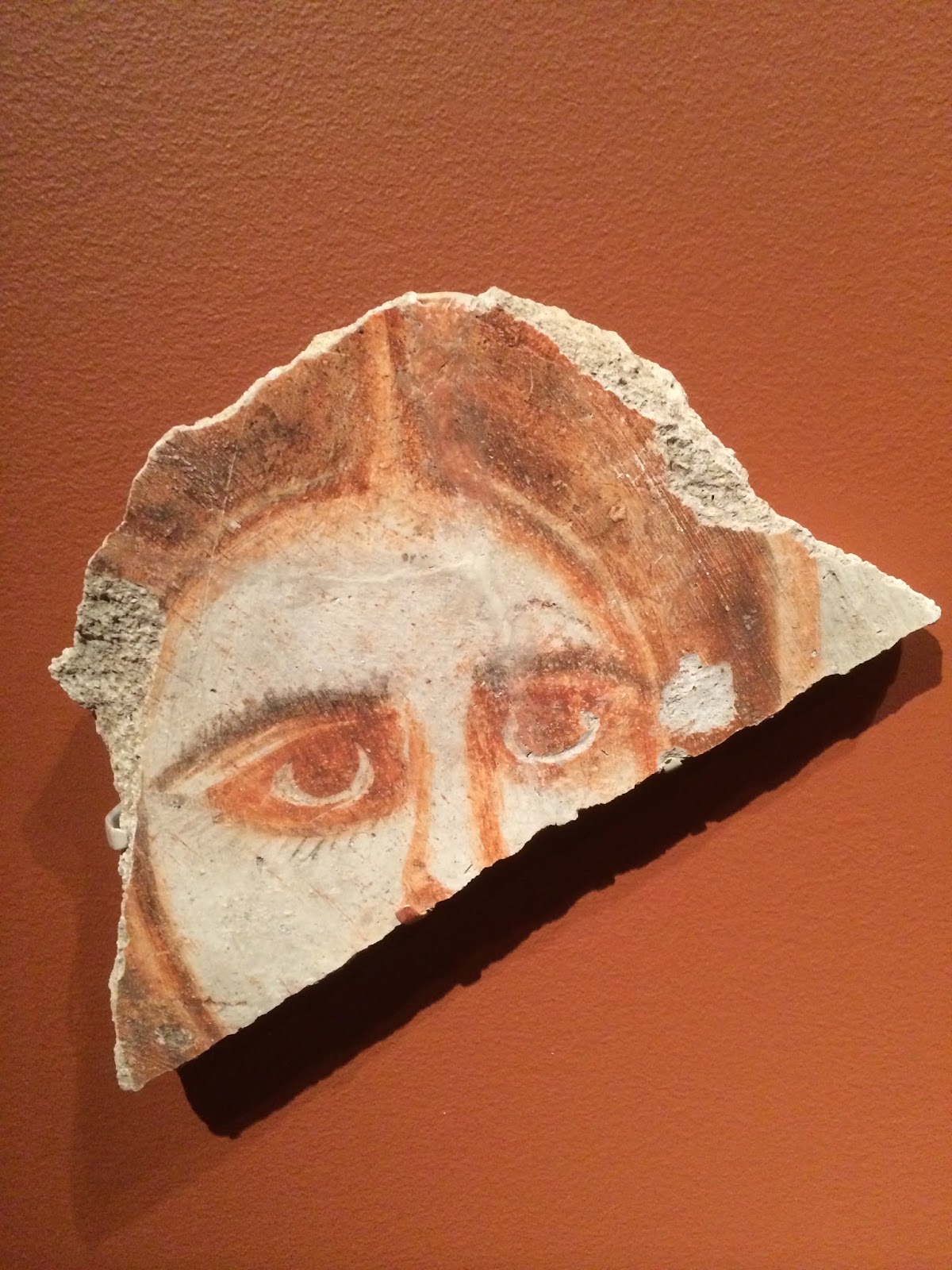 Recently THC wrote of the connection between the ancient Mesopotamian area of Singara once ruled by the Roman Empire and the hills of Sinjara to which the Yazidi fled just weeks ago to escape persecution from the Islamic State of ISIS.  In that post THC also discussed another Roman town, Dura Europos on the Euphrates River.

It turns out that Yale University has a direct connection with Dura as archaeologists from the school along with French colleagues conducted extensive excavations at the site from the late 1920s into the 1930s and many of the artifacts can be seen as the Yale University Art Gallery which THC recently visited.

Dura Europos was founded as a Greek Macedonian colony around 300BC, shortly after the death of Alexander the Great eventually being incorporated into the Roman Empire by the Emperor Septimius Severus in 197AD before being destroyed by King Shapur I of the resurgent Sassanian Empire around 256AD. 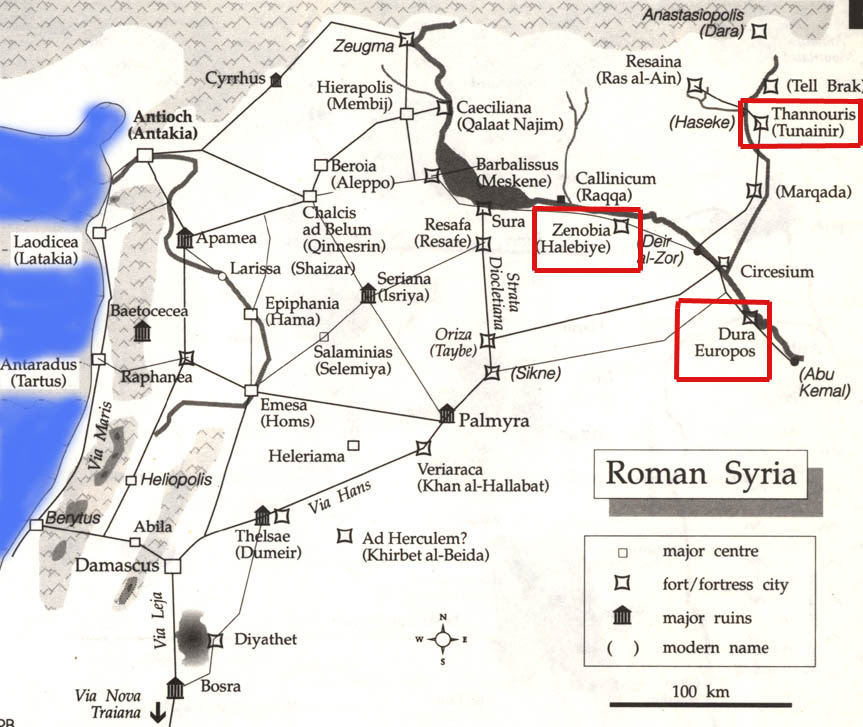 (from users.sticc.edu.)
The site lay abandoned and eventually covered by desert sands until accidentally discovered by British soldiers digging a trench in 1920.  The excavated town was a perfectly preserved relic from the third century. 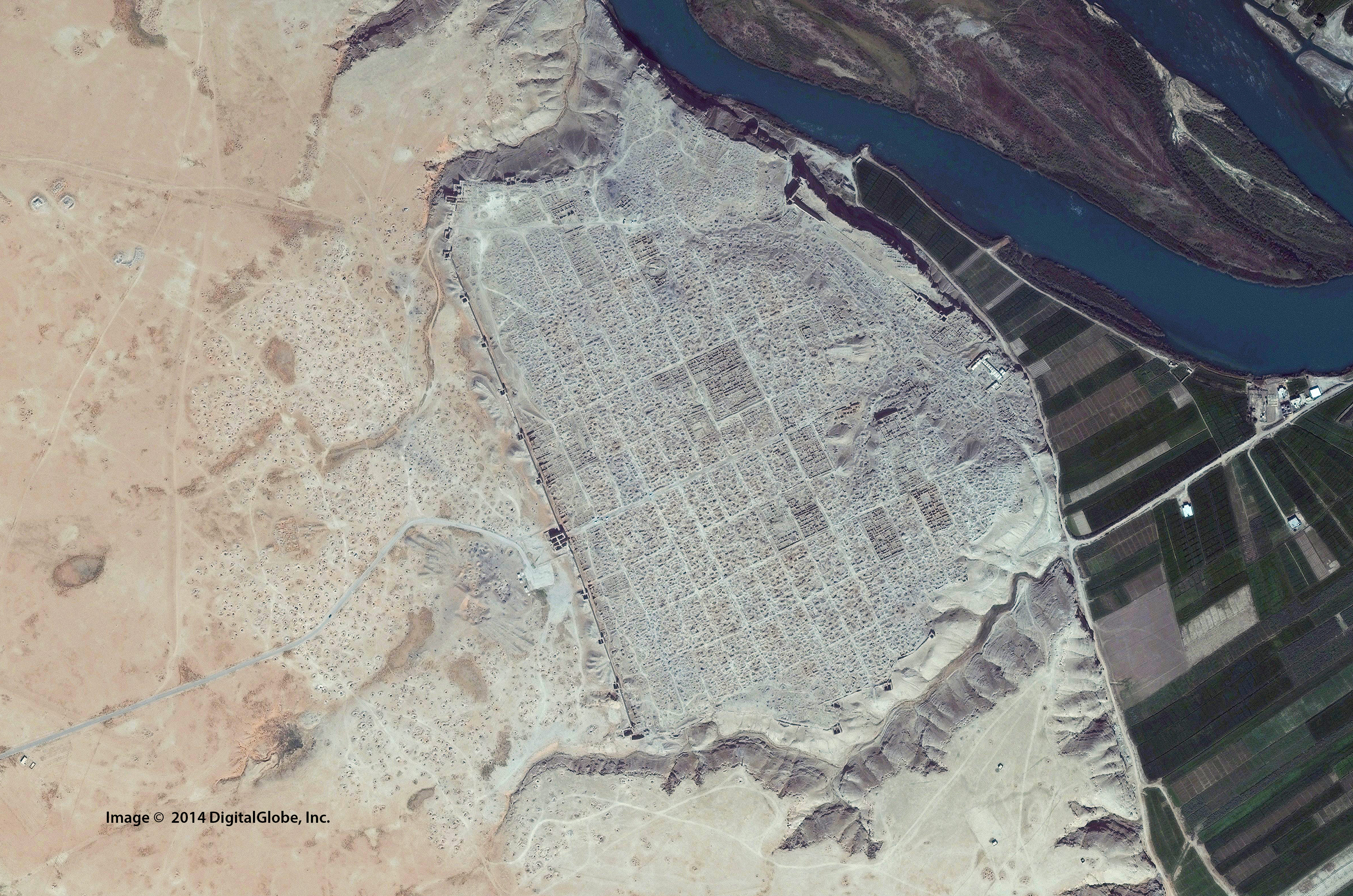 The Sassanid siege was lengthy and brutal.  Excavators have found remains of several tunnel dug by the besiegers to undermine walls and attempt to gain access to the city.  In those tunnels have been found the remains of Roman and Sassanid soldiers who died in a dark underground struggle.  For those of you who enjoy historical fiction there is a fine recent novel based upon the siege,  Fire In The East by Harry Sidebottom, the first volume of his Warrior of Rome series.

Dura Europos was a prosperous and cosmopolitan city during its existence with a population consisting of Greeks, Syrians, Palmyerenes, Jews, Persians and other trading peoples.  The Yale-French excavations uncovered evidence of this mixing as well as of the Roman occupation garrison, including the oldest known Christian home church and one of the oldest Jewish synagogues ever found.  Below is a ceiling tile from the synagogue: 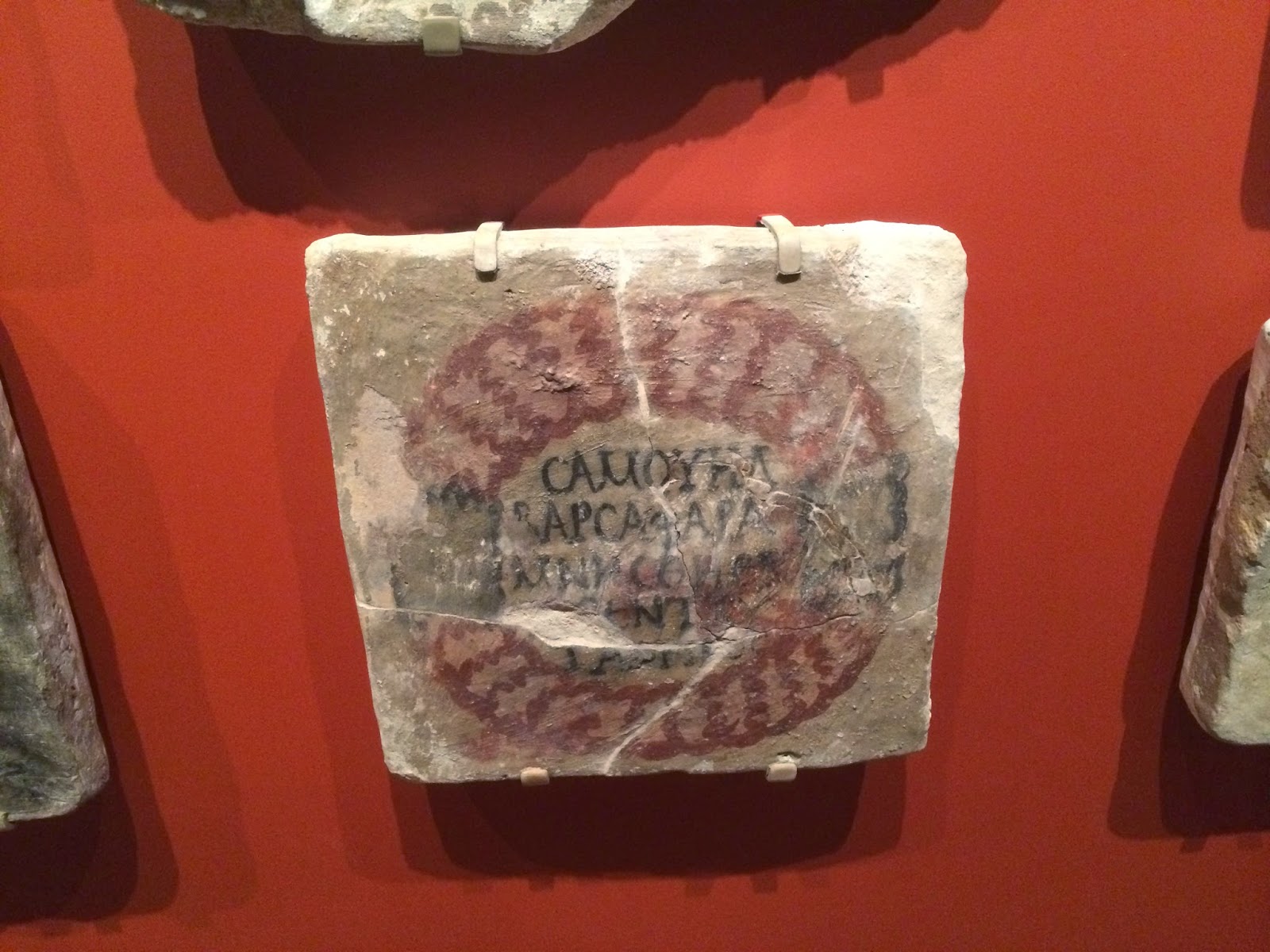 This is the only example of an intact Roman legionary shield ever discovered: Below is a section of an inscription from the wall in Roman military headquarters.  You can see the letters SPQ which is part of the Roman motto SPQR; Senatus Populusque Romanum or "the Senate and People of Rome".   The full inscription tells us it is a dedication by Julius Domninus, an officer of Legio III Scythica, expressing hope for promotion for himself and his assistants: 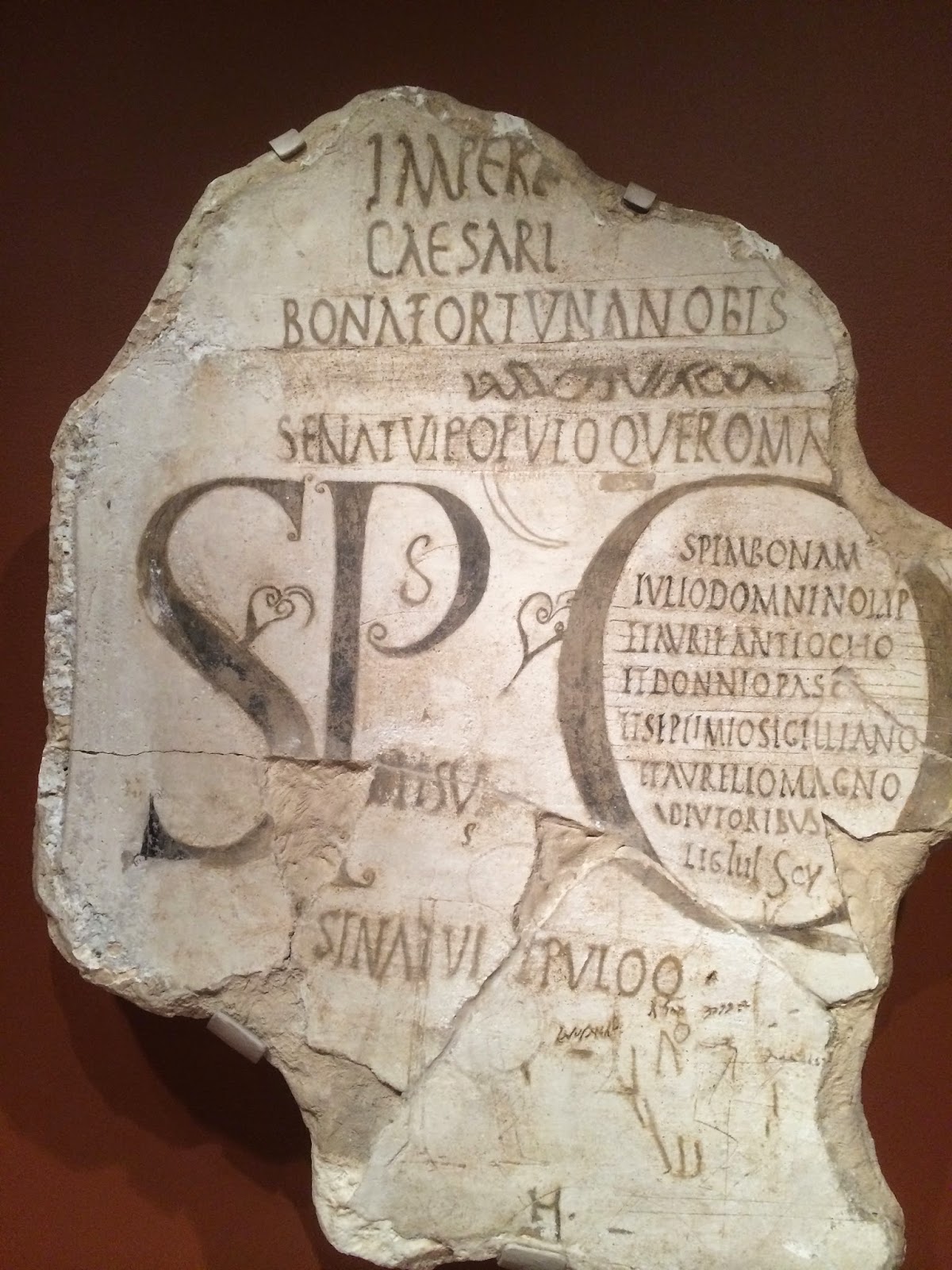 The Mithraeum celebrates the cult of Mithras which was particularly popular with the Roman military of the third century. 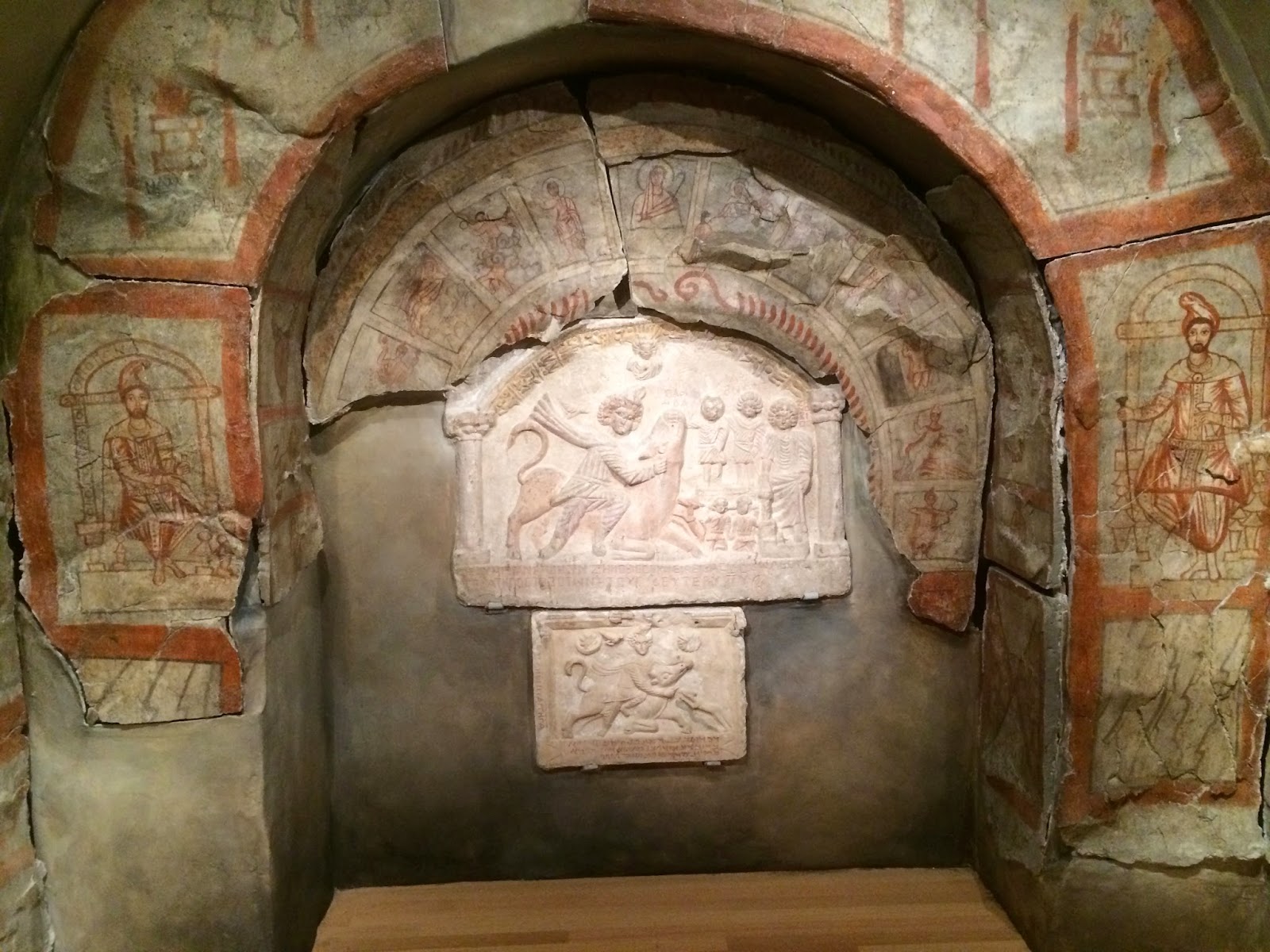 A wall painting from a private home: 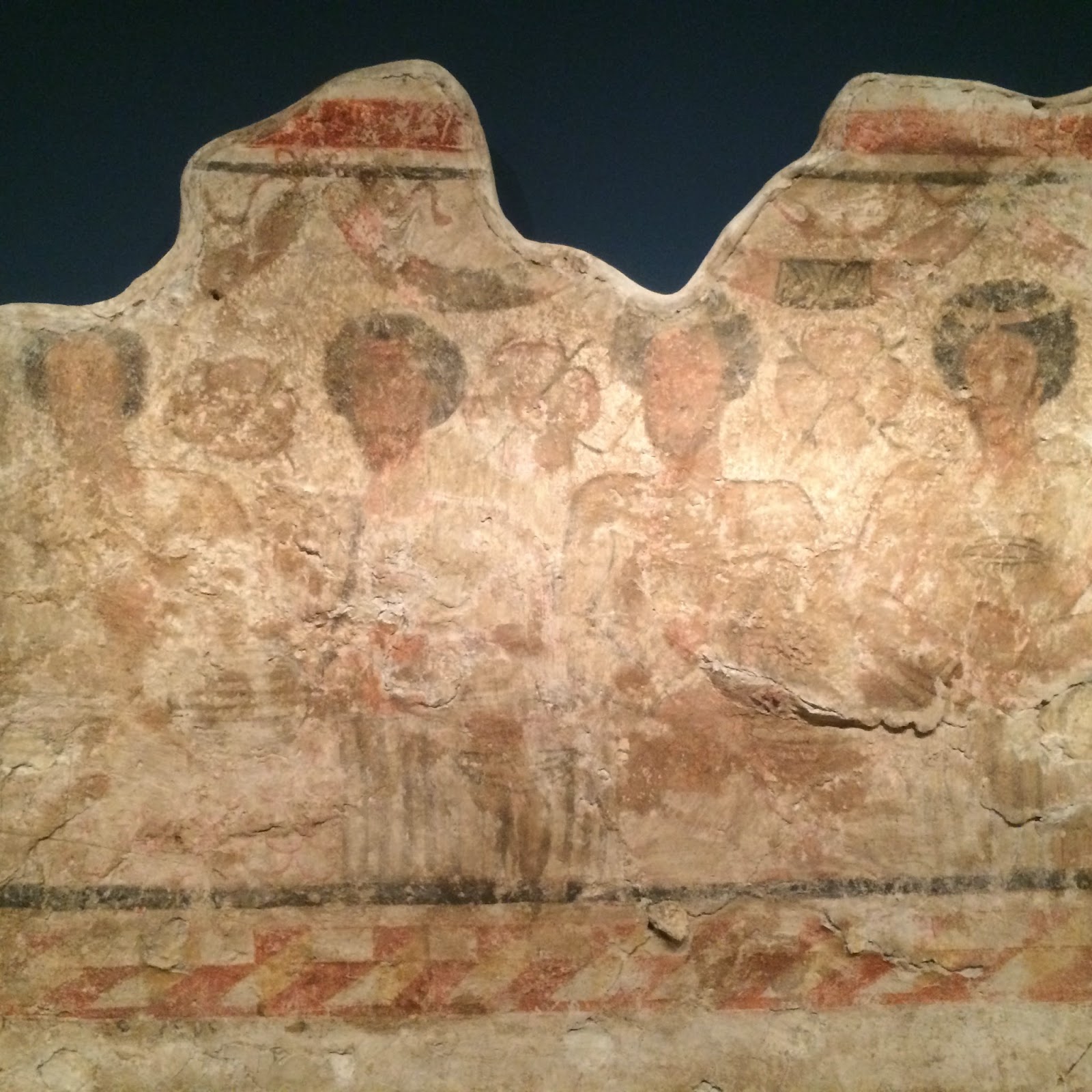 Dura's location today is just within the Syrian border in the area currently ruled by the Islamic State which has announced its intent to destroy or sell pre-Islamic era relics within its control.
Posted by Mark Stoler at 11:00 AM