If you don't recognize the name of the band, this may help.  Mudcrutch was founded in Gainesville, Florida in 1970 and broke up in 1975.  Three of the band members went on to found another group - The Heartbreakers - Tom Petty, Mike Campbell and Benmont Tench.  You've probably heard of them.

In 2008, Petty invited two of the other original band members, Tom Leadon (a guitarist and, along with Petty, a co-founder of Mudcrutch) and Randall Marsh (drums) to reunite and record a Mudcrutch album.  One of the songs, I Don't Scare Easy, can be heard over the closing credits of the 2008 film, Appaloosa.  The tune has a distinctive Tom Petty sound, driven by his vocals and lyrics and Mike Campbell's Roger McGuinn (The Byrds) inspired guitar sound.
Appaloosa is a Western, based on the novel by Robert Parker, better known for the Spenser series of detective novels set in Boston.  Appaloosa has the same sparse dialogue of a Spenser novel but without the wisecracks.  The films is worth seeing and features Ed Harris and Viggo Mortensen as the (mostly) lawmen, Jeremy Irons as the bad guy and Rene Zellweger as the woman.  Yes, they are all archetypes.THC was a big fan of Robert Parker, since his first Spenser novel, The Godwulf Manuscript, when it was published in 1973.  For those who've only read the later Spenser novels or seen the TV series, The Godwulf Manuscript can be startling, as Spenser is rougher and more morally ambiguous than in the later novels.  Parker went on to write 40 Spenser novels (the first ten remain the best) and create memorable recurring characters like Hawk and Susan Silverman, Spenser's long-time love (Susan was memorably detested as a character by many Spenser fans, including THC). 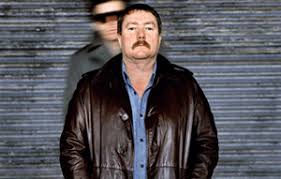