After Pickett's Charge on July 3 a quiet settled over the battlefield at Gettysburg.  The 4th saw a heavy rain drench the fields. In the afternoon Robert E Lee decided that the Army of Northern Virginia would retreat to Virginia, signaling the end of his campaign and the last Rebel invasion of the North (Jubal Early's adventure across the Potomac the following year being more in the nature of a raid).  The withdrawal began late that night, a 17 mile long column of marching men and wagons, including several thousand wounded bouncing on rutted and muddy roads, and although George Meade's pursuit with the Army of the Potomac failed to corner the rebels before they crossed the river, for the rest of the war Lee would be on the defensive.

As historian Brooks Simpson has noted, the end of the battle did not end the suffering:
(Gettysburg aftermath)


"Arriving at Gettysburg on July 6, nurse Cornelia Hancock toured the field. “There are no words in the English language to express the sufferings I witnessed today,” she wrote to her cousin. “The men lie on the ground; their clothes have been cut off to dress their wounds; they are half naked” and had little to eat. Not all of the wounded were Union soldiers; Hancock encountered “lots” of Confederate wounded “suffering fearfully.” Amputations of arms and legs were the order of the day, and Hancock told her sister that she had become used to watching the surgeons at work: “I feel assured I shall never feel horrified at anything that may happen to me hereafter."


At Vicksburg on the Mississippi River, Confederate General John Pemberton and Union General Ulysses S Grant agreed on surrender terms for the rebel garrison (under siege since May 22), giving the Union control of the river and severing the states of Arkansas, Louisiana and Texas from the rest of the Confederacy (the only remaining outpost, Port Hudson, fell on July 9, once it received word of Vicksburg's surrender).   Along with the strategic victory, the Vicksburg Campaign saw the rise of US Grant, leading to his assignment to rescue the besieged Union army in Chattanooga in October 1863 and ultimately to Abraham Lincoln appointing him to command of all US forces in March 1864.  On July 5, 1863 Lincoln said of Grant:

"Grant is my man, and I am his for the rest of the war"


While July 4 was the day when Vicksburg yielded it was Grant's daring campaign from April 30 to May 17  that made the fall of the town inevitable. Grant has been derided by his detractors as a brutal, plodding, unsophisticated commander who won the war through attrition, sledgehammer attacks and overwhelming numbers but his campaign in early May was one of the most audacious (a word more commonly associated with Robert E Lee) and creative of the Civil War. 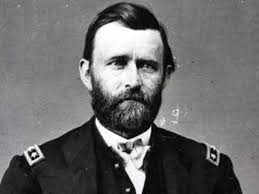 Why Vicksburg?  Vicksburg is the first place south of Memphis, Tennessee (captured by the Union in June 1862) where the bluffs on the east side of the Mississippi come back to the river itself.  Between the two cities the bluffs recede from the river and there is no natural point from which one can dominate the river from the shore.  It was a town built on trade that voted against secession in 1861. 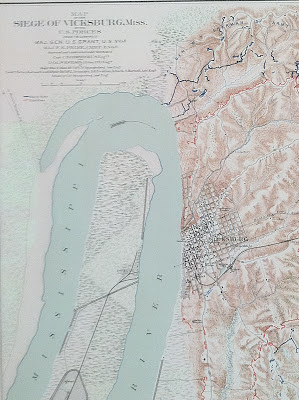 The town's location on the bluffs was ideally suited to the siting of artillery which could dominate the river and was further aided by the bend in the Mississippi just above the town which would cause any boat trying to pass the citadel to slow down and become an easy target.

Grant's campaign against Vicksburg began in the fall of 1862 with an overland advance from northern Mississippi.  It failed.  Five more attempts, including assaults and the digging of a canal to avoid the town and its guns failed over the next six months.  Grant did not give up.

His next plan involved huge risks.  Grant would move the Union army through the swamps and low-lying ground on the west side of the river to a point 20 miles south of Vicksburg.  To get across the river he would need naval support and the Union navy was north of Vicksburg.  This required a daring passage under the guns of Vicksburg at night which was successfully done in late April with only minor losses to the Union fleet.

(Running past the guns of Vicksburg)

After the fleet moved the Union forces across the river south of Vicksburg the riskiest part of the campaign commenced.  Grant had to move between the Confederate army in Vicksburg and another Confederate army near the state capital in Jackson, under the command of Joseph Johnson (see The Largest Confederate Surrender), defeating both in order to capture Vicksburg.  And he had to do this without a supply line, something no army on either side had tried before during the Civil War.  The Union army would have to carry all its ammunition and if it could not find food on the march it would have to retreat.

The gamble paid off.  In 17 days, Grant fought and won five battles against Johnson and Pemberton, captured and burnt Jackson and sealed up the Confederate forces in Vicksburg as he settled down for the six week siege.  It was quickness, agility, boldness and decisive leadership that led to the surrender of July 4. 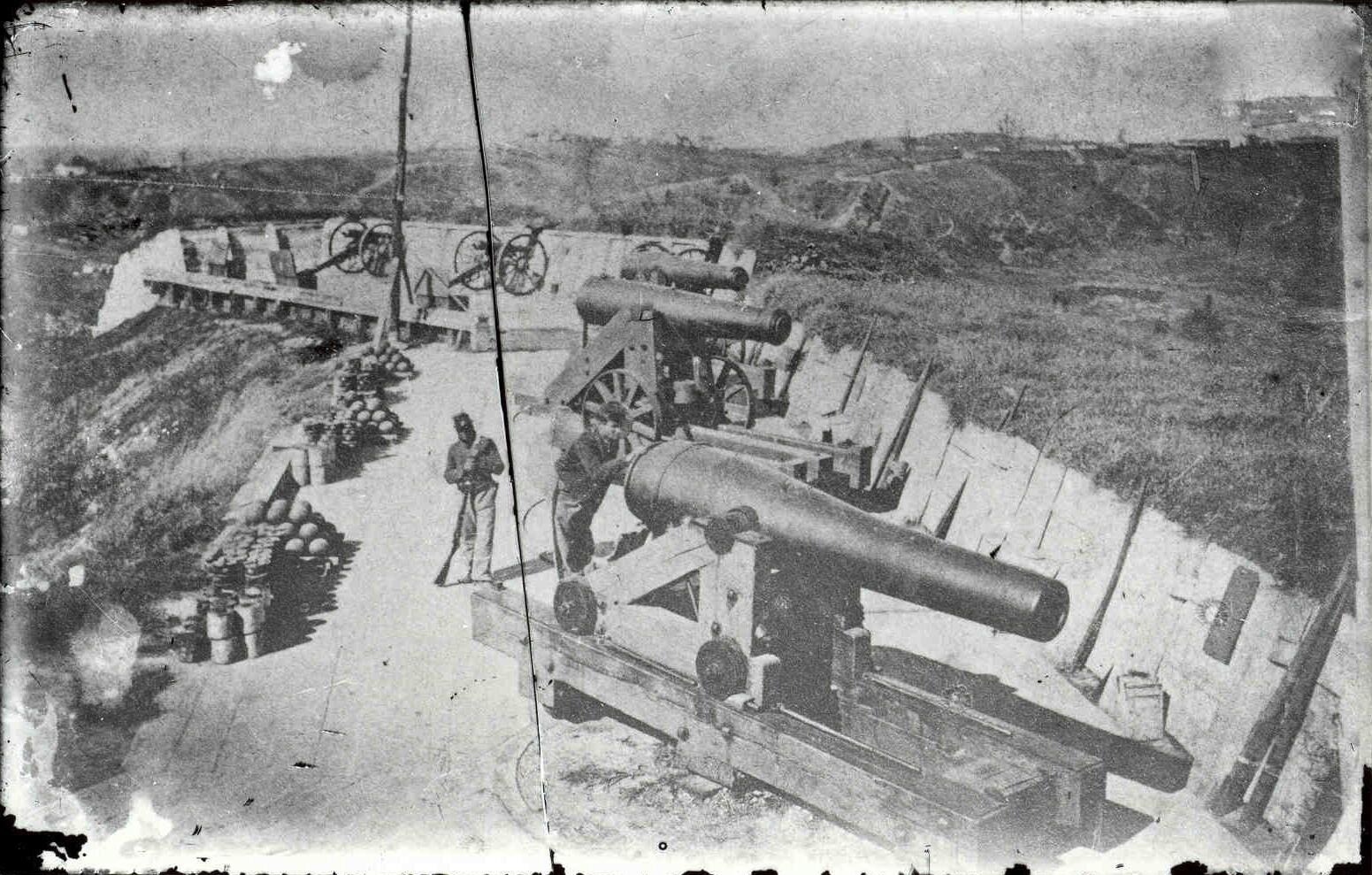