How's this for coincidence?  Right after seeing Arrival, about mysterious alien spaceships landing on Earth, I find out NASA has someone with the title of Planetary Defense Officer!  Now that is a big job.

The PDO is Lindley Johnson, an Air Force veteran, who heads the Planetary Defense Coordination Office established by NASA in January 2016.  According to NASA: 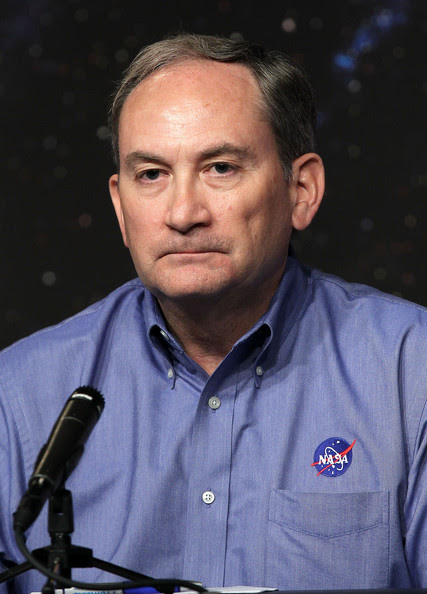 The office will be responsible for supervision of all NASA-funded projects to find and characterize asteroids and comets that pass near Earth's orbit around the sun. It will also take a leading role in coordinating interagency and intergovernmental efforts in response to any potential impact threats.

To date, about 13,000 Near-Earth objects (NEOs) have been detected with about 1,500 new discoveries every year.  NASA is searching for all objects more than 450 feet in diameter.  In 2012, President Obama and Congress significantly increased funding for the program, which is now about $40 million annually.

Bloomberg recently carried this interview with Johnson.  I was disappointed to find out that we can't plan on sending Bruce Willis and his crew of drillers to a threatening asteroid and destroy it with a nuke.  Johnson doesn't care for Armaggedon, calling it "a total fantasy"; I still consider it one of the best bad movies ever made.

A day in the life of a PDO:


That’s when a surprise meteor hit Chelyabinsk, Russia, the same day as a different asteroid was predicted to fly by?

The international network of astronomers who do this had discovered an object in February 2012 that would pass closely by the Earth in February of 2013. They predicted the orbit for it and found that although it was going to come very close—within the distance of a satellite orbit—it would be a miss.
That event also coincided with the annual meeting of the United Nations Committee on the Peaceful Uses of Outer Space. The Near-Earth Object working group had been developing a recommendation to the UN about what the space-capable nations of the world ought to be doing in response to a possible impact threat. I was actually in Vienna that day getting ready to brief the committee when the Chelyabinsk incident happened.
Mother nature sort of put an exclamation point on our recommendations.

I still think Bruce Willis is the best bet.
Posted by Mark Stoler at 7:00 AM