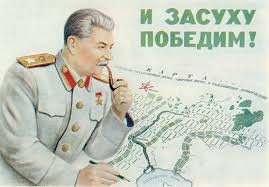 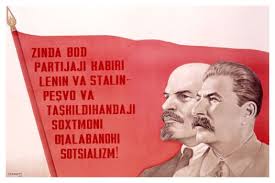 
Rather than the often repeated adage that the victors write the history of an event, the story of anything is actually determined by the unswerving adoption of one version of it, and the telling of that version by a determined cadre of writers.  In time, the version with the most persistent adherents becomes the "truth".

A couple of days ago I happened to tune into Showtime and caught some of "Oliver Stone's Untold History Of The United States".  I was originally going to make this part of the Misremembering History Series but Stone's series isn't misremembering, it is deliberately designed agitprop in the service of making Americans misremember their own history.

Now it's no secret if you know anything about Oliver Stone that he's a buddy of totalitarian rulers as long as they are hostile to the United States - see, for instance, Castro, Chavez and the Ayatollahs. 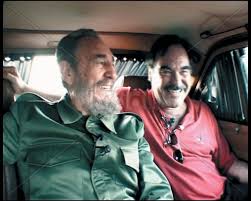 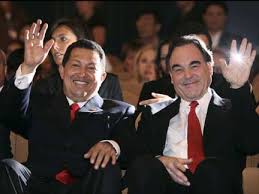 Nonetheless, I was appalled and shocked at the portion of the show I saw about the origins of WWII.  It was nothing less than an apologia for Josef Stalin using the same propaganda that the Communist Party used in the 1930s to justify the Soviet Union's acts.  This isn't hyperbole - I'm familiar enough with the Communist tropes of this period to know Stone is using precisely the same "talking points" used by the party to excuse Stalin's pact with Adolf Hitler, his occupation of part of Poland and his extinguishing of the independence of Lithuania, Latvia and Estonia.

Now that I've read the publicity material on the series I realize it is all in support of its thesis blaming the Cold War entirely on the United States and an interpretation of American history using a bizarre mix of Marxist and Post-Modernist theory.  The American "hero"of the series is Henry Wallace, FDR's VP during his third term, who after WWII became a Communist dupe and advocated the abandonment of the people of Berlin during the Soviet blockade of 1948-9.

This is the regime Stone defends - see Life And Fate; Best History Songs; Tear Down This Wall.  He actually does not care about the tens of millions of lives lost or damaged as long as he can use them as a tool to damage America (or should I say Amerikkka?).


This, among other recent events, makes me wonder whether we are losing our own history.   History is subject to different intepretations.  There is no one way to look at it but what is going on with Stone and others is an attempt to permeate the culture with one view of incredible shallowness.  We need to be prepared to fight for our history rather than lose it to people like Stone.

Some other recent examples spring to mind.  A couple of years ago, The History Channel presented a homage to the late Howard Zinn, author of A People's History Of The United States, a book described by a liberal historian as "cynicism masquerading as history".  It was hosted by Matt Damon and several other Hollywood stars (which probably gave it the cachet to prompt The History Channel to show it).  Damon is a fine actor but also an acolyte of Noam Chomsky in addition to being a Zinn worshipper.

I watched one show and it was a great example of how the agitprop technique is deployed.  It was about the "heroic" Dalton Trumbo and featured a reading from his book, Johnny Got His Gun.  It had everything going for it, Trumbo was a blacklisted Hollywood screenwriter who wrote a powerful anti-war book (made into a really bad movie during the Vietnam War).
Ah, but what was left out?  Trumbo was a secret member of the Communist party, which meant he was under party discipline and following direct orders from the Soviet Union.  He wrote his anti-war book after the Nazi-Soviet Pact of 1939, in accordance with the Party's directive to discourage the US from supporting Great Britain and from intervening in the war since Stalin was now an ally of Hitler.  Once the Nazis invaded the Soviet Union in 1941, people like Trumbo began agitating for immediate US entry into the war.  Trumbo had his publisher withdraw the book from further publication and when he received letters inquirying about its availability he turned them over to the FBI!

More recently, the October 2012 edition of Connecticut Magazine, contained an article entitled "The Last Communist".  Connecticut Magazine is usually a pretty bland magazine - the other two featured stories that month were "Connecticut Home & Garden" and "Drinking It In"(about the best Connecticut produced wines).  The Last Communist is an admiring profile of the Coordinator of the New Haven People's Center, a member of the Communist Party USA (CPUSA), and in the center of controversy since a state grant to the Center was rescinded after more people became aware it was run by a Communist.

There is a legitimate public policy discussion you can have about the grant.  That wasn't what bothered me.  It was the complete lack of context about the history of Communism and of the CPUSA and the labeling of all opposition as "McCarthyite".  The McCarthy trope is one of the commonest techniques used by today's left to misremember history.  It's designed to cut off all discussion and also as an easy counterpoint any time a murderer of millions is attacked.  Don't like Stalin - hey, what about McCarthy?  Don't like Mao - hey, what about McCarthy?  Don't like Fidel - hey, what about McCarthy?  Joe McCarthy was a repulsive character, but the CPUSA was an organization under the direct control of Moscow (as revealed by documents from the Soviet archives that became available in the 1990s) and fiercely opposed by Democratic Socialists (led by Norman Thomas) and liberals (who founded the Americans For Democratic Action to fight them) as well as conservatives.

It's clear to me that it was not ignorance of this history by the writer, Alan Bisbort, that led to the admiring portrayal of communism in the article.  A quick google search reveals Bisbort to be a committed leftist who knew exactly what he was doing, just as Stone and Matt Damon know what they are doing.  They have a clear ideological agenda and the ability to further it through accommodating media channels.

Will we sit by and let more of America "misremember"?